Home Page Blog What new Vicious Mounts can you get during the first season of Dragonflight?

What new Vicious Mounts can you get during the first season of Dragonflight?

All articles
Although new dragon riding mounts have stolen all the show recently, "regular" mounts are still there and some of the new ones look pretty awesome. For PvP enthusiasts there are as many as 5 new mounts to take a look at. Well, there's only 1 really new one – while 4 others have already had an appearance in the game but that was time-limited and now they are back for good. We're talking about the so-called vicious mounts – a great reward for every PvP player who is not too fond of trying hard to reach the highest heights of the ladder, yet who plays a lot every season.
Today we'll take a closer look at what vicious mounts are, how to get them, and what new additions in this regard are there in the first season of Dragonflight.

WHAT IS A VICIOUS MOUNT?

Vicious mounts are PvP rewards given to fans of arena and RBGs for playing those mods throughout a season. You have to meet a certain criterium to get the reward item "Vicious Saddle". It's a sort of a currency that you can later exchange on one vicious mount. 1 saddle = 1 mount. The first mount of the season is always the latest vicious mount (we'll learn what it is for this season later).
Starting with the second saddle you've collected during this season, you can choose which mount to get. Head to a special vendor for Alliance and Horde: Necrolord Sipe in Stormwind and Deathguard Netharian in Orgrimmar, respectively. Talk to them and see your options. There are a lot of them since these mounts have been added to the game starting with as long ago as Cataclysm.

HOW DO YOU GET A VICIOUS SADDLE?

Each season has its own requirements but this time you need to win about 80 victories in arena and RBG modes. To learn what your current progress is, check out your PvP tab where you'll find a progress bar showing how many wins are left till getting the reward. Okay, enough talk – let's take a look at these glorious mounts! 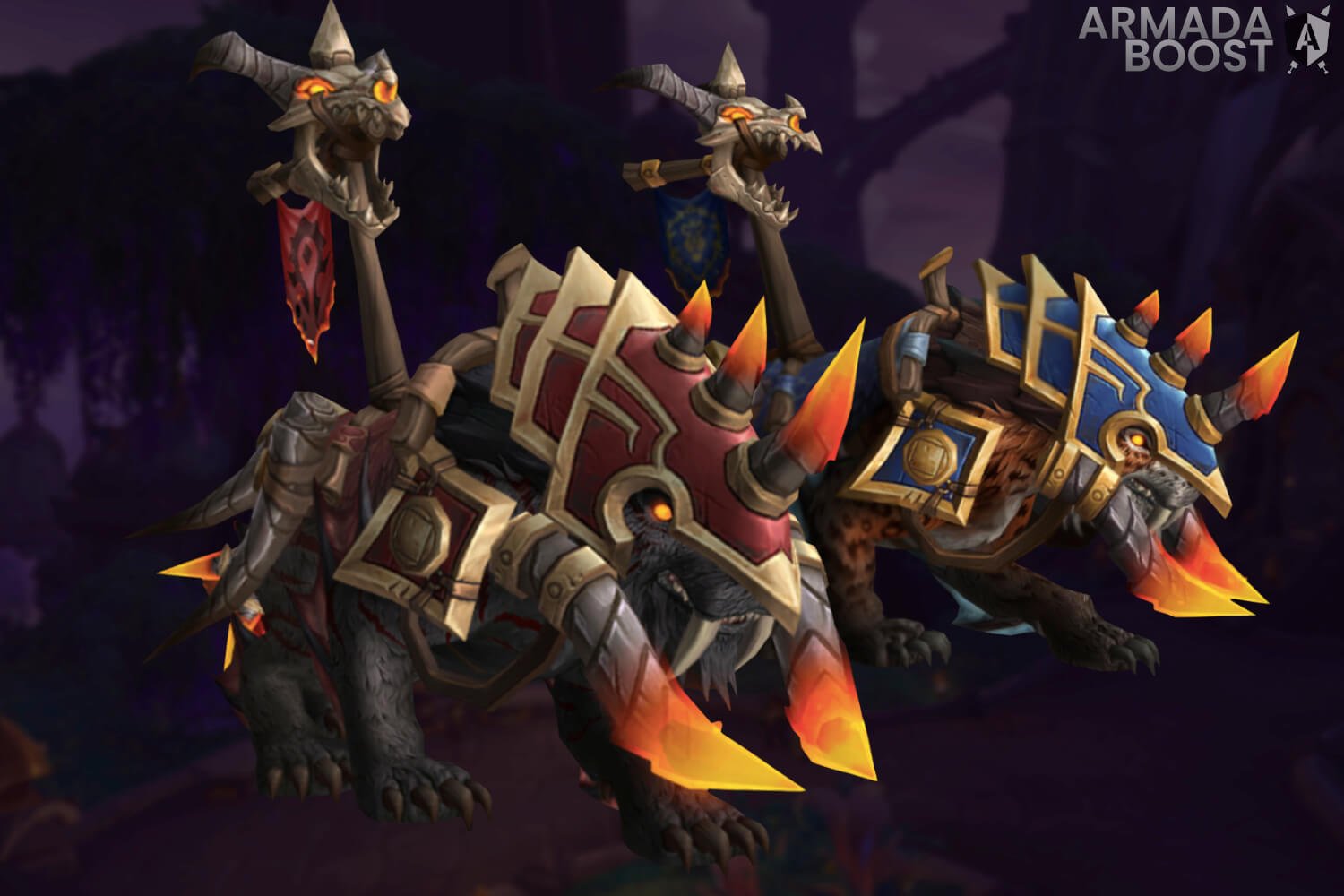 Full name: Vicious Sabertooth
First appeared in: Dragonflight Season 1
It's hard to tell what kind of an animal this creature is. A hyena? A prehistoric tiger of some kind? We don't know but it looks great! However, fins on their legs seem to be a little bit too much! 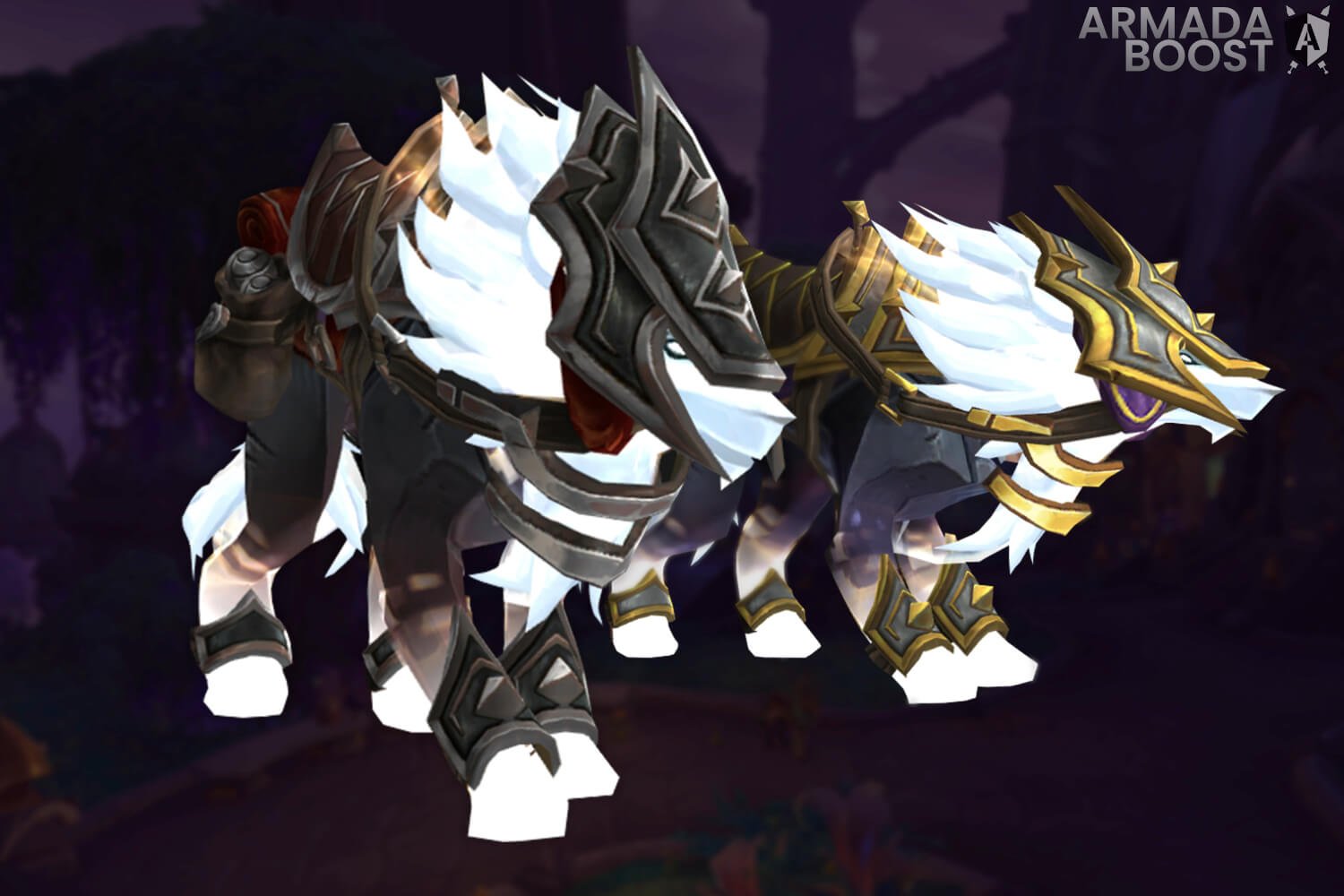 Full name: Vicious Warstalker
Fist appeared in: Shadowlands Season 4
Gorgeous mounts resembling the updated shaman travelling form. We like it immensely as it would be a shame if such a wolf model wouldn't become a mount at some point.

Full name: Vicious War Croakers
Fist appeared in: Shadowlands Season 3
Riding toads? Well, we've had that before. But riding toads with armor and a flag – now that's new! Well, not too new as this mount first appeared in Shadowlands season 3– now you can purchase it from your faction's vicious vendor. 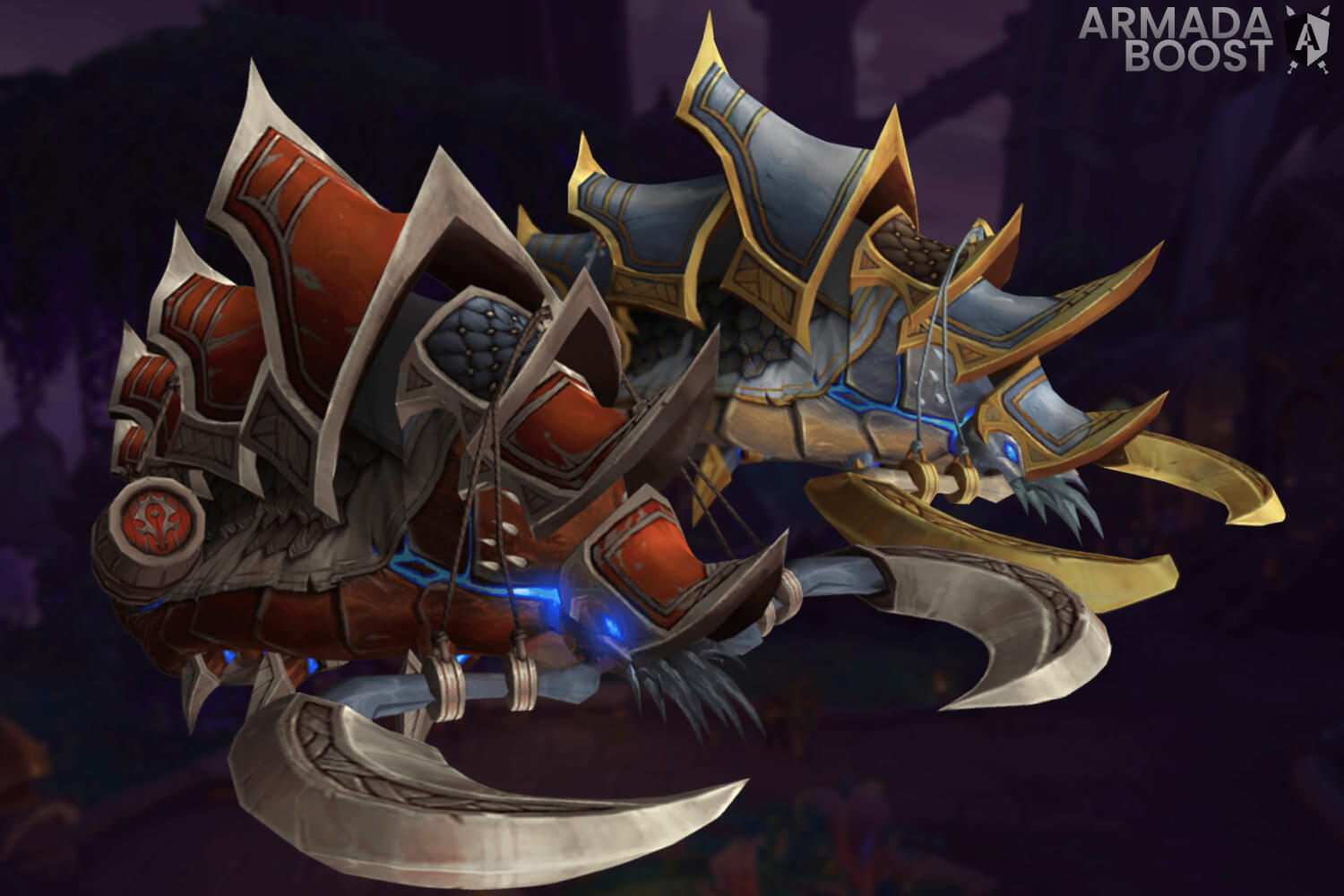 Full name: Vicious War Gorms
Fist appeared in: Shadowlands Season 2
Gorms don't really strike anyone as something that moves fast. Yet, fans of insects and bugs will enjoy having these creatures in their collection anyway. A battle-ready gigantic bedbug is definitely a frightening sight! 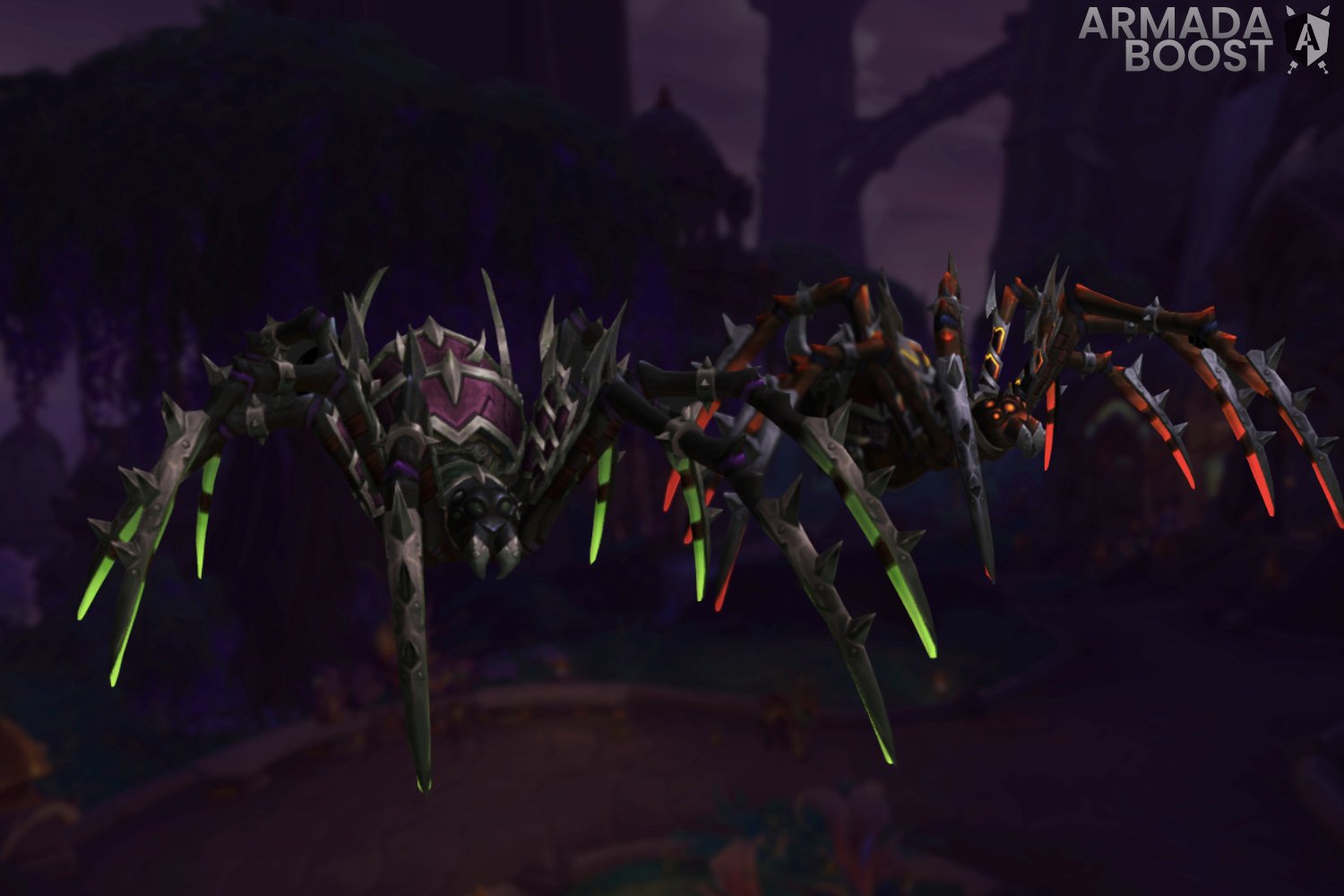 Full name: Vicious War Spiders
Fist appeared in: Shadowlands Season 1
Spiders have already made an appearance as mounts in the game back in Legion. Back then (and still) you could buy a very expensive spider mount (about 2 million gold) from a mysterious gnome vendor who appeared at random time in Dalaran. As you could guess, it's quite a headache to get that spider. Now you have a faction-pride alternative that is both easier to get and has better looks.
***
So these are new mounts that you can get in this season: one of them is absolutely new, and the four others have been in the game before, but now they are available for everyone at any time. That's not all vicious mounts you can get now, however. We'll have a dedicated blog post for that: there are much many of them thank you might expect. However, most PvP fans will be focused to get the ones listed above this season – and so should you!
If you are not a big fan of PvP or just don't have time to grind for these mounts, don't worry! You still can get any of them or even all of them, if you want! Just turn to pros for help – like us, for example. ArmadaBoost will give you all the necessary aid with making enough wins to unlock this season's new vicious mount and beyond. Check out our dedicated product or get in touch with us to ask your questions or request a boost!
View Vicious mounts boost      Contact us
Share: Facebook Twitter