All articles
Blizzard have a long tradition of recoloring mounts. It's hard to say when it started. We had lots of different colors for racial mounts in Vanilla. We had a vast array of nether rays and nether drakes in TBC. Perhaps, WotLK made it clearer that recoloring mounts is going to be ubiquitous in WoW. In that expansion we got different shades of drakes, proto-drakes, mammoths, and bears. And unlike what we have in the modern WoW, they were fun to collect since they came from different sources and appealed to different players.
In this blog post we decided to take a closer look at all the variations of drakes that there were in WotLK. We don't count proto-drakes – we have a separate article for them, so check it out if you're interested. On average regular drakes are easier to obtain than their proto relatives, but some of them are only obtainable by the coolest few. Can you guess which drakes those are? We'll start with the least classy drake and go all the way to the swaggest one. Let's begin! 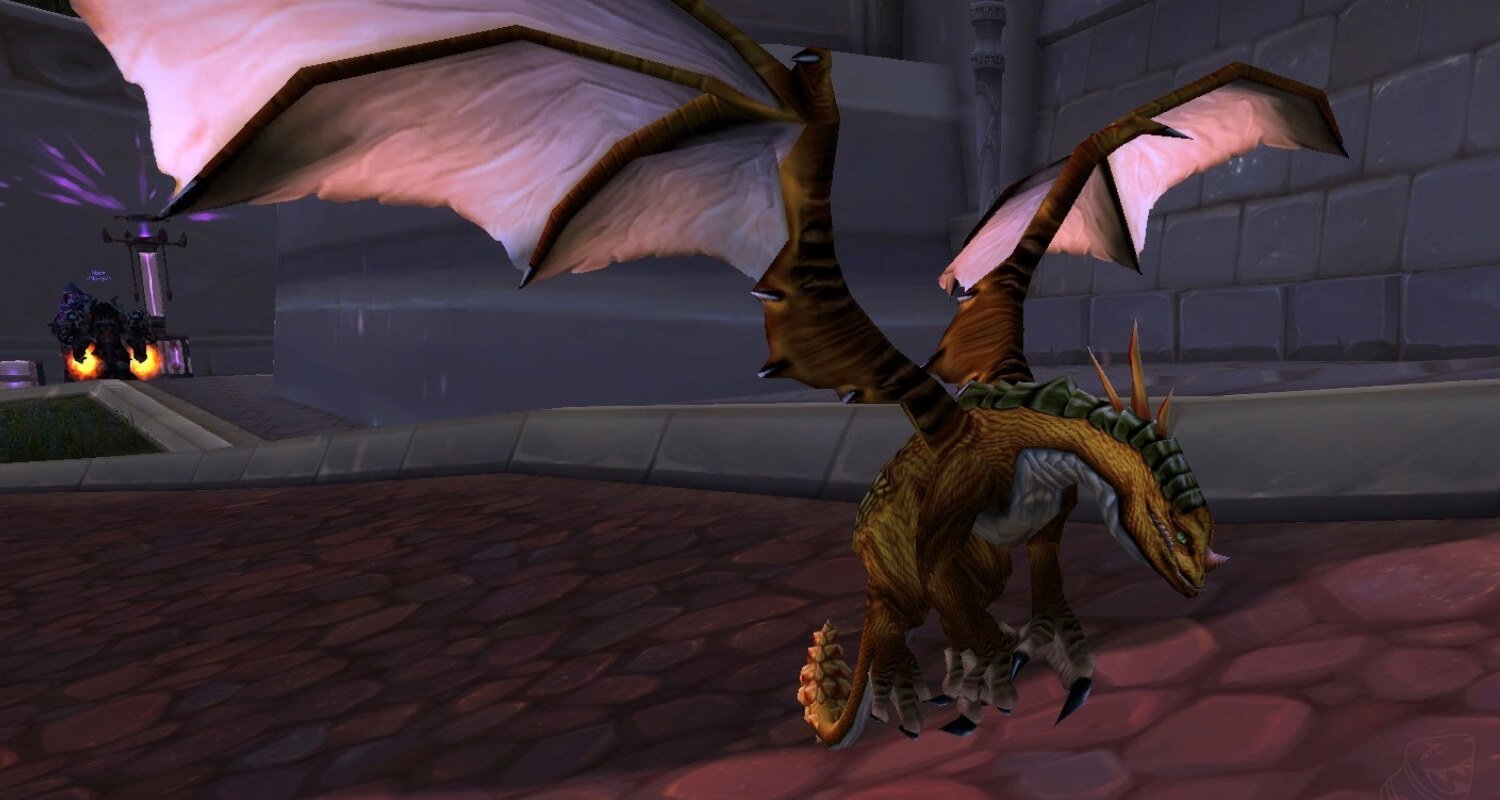 How to get: 100% drop from the Heroic Culling of Stratholme dungeon
Perhaps, it's one of the most owned flying mount. Right behind the factional gryphons and wyverns. It's really easy to obtain: all you gotta do is complete the Culling of Stratholme's Heroic version fast and defeat a bonus boss there. Heroic dungeons in WotLK are generally easier than they used to be in TBC and you don't need any special keys to access them. So it's safe to say that at some point you'll think of Heroic CoS as a regular thing that is fairly easy to do. Add a little luck to that and the drake becomes yours after you've rolled the biggest number in the party. It's almost inevitable, you know, almost everyone had it in WotLK. 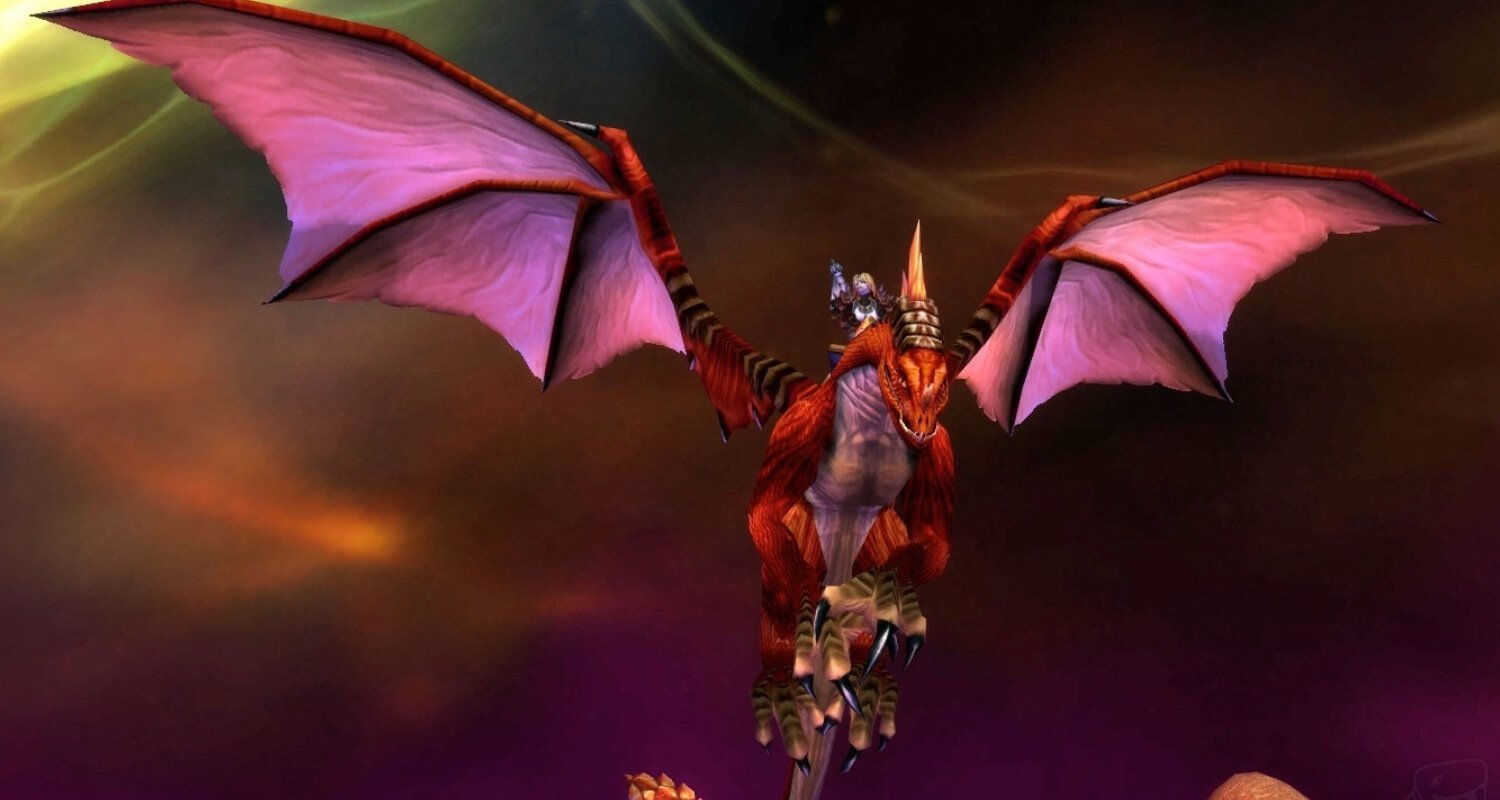 How to get: reputation reward for the Wyrmrest Accord
Red drake takes a little more effort than the Bronze one. First of all, you need the exalted reputation with the Wyrmrest accord. How do you do it? Do dailies, run dungeons with their tabard. It won't really take you long, if you play daily. After that you'll need 2'000 gold (or even less with the reputation discount) to purchase it. How to get that amount depends entirely on you. But don't let the four-figure price intimidate you: WotLK saw a huge depreciation of gold in the game, so getting this much won't be a problem. Running dungeons, selling junk, doing dailies, trading mats – you'll reach the 2'000 gold mark in no time. It's definitely less challenging than getting the hippogryph, or a nether ray / drake back in TBC. 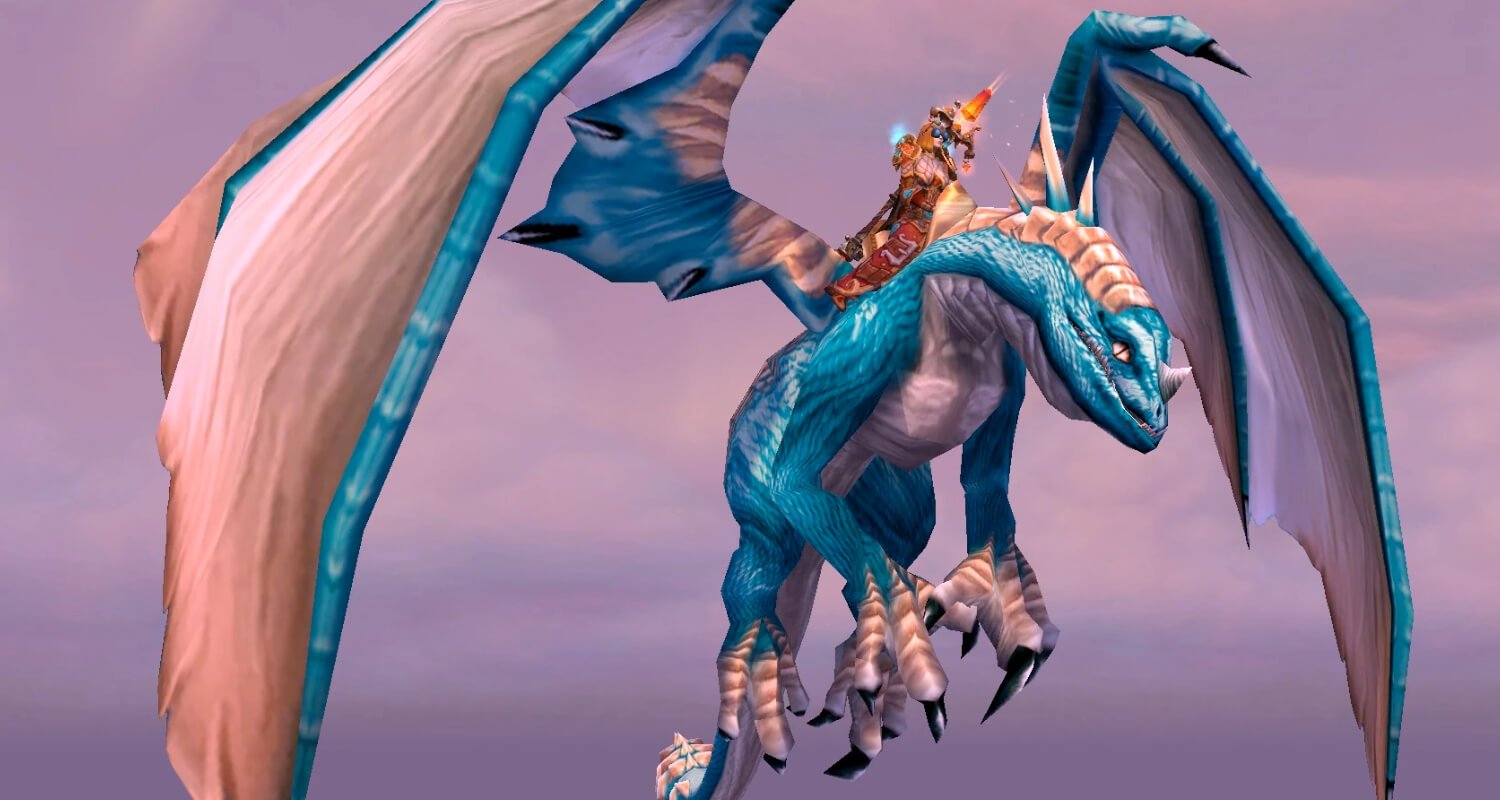 How to get: rare Malygos (10) drop, rare Oculus' last boss drop
Ok, here things start getting somewhat challenging. Although the Blue drake can be obtained from the Oculus dungeon, it's not necessarily going to be true at first. In the original WotLK Blizzard added the drake to the dungeon's loot table long after the expansion release, so whether that will be true for the Classic re-release is yet to be determined. We'd not count on that anyway. If you want this mount, you better consider going to the Eye of the Eternity raid and defeat Malygos. Yes, it's not going to be an easy roll, since there are many other players in the raid team and the drop chance is not 100%, but it's still doable. Perhaps, it's the first somewhat casual-accessible mount in the game, so you have all the chances to get it even if you're not a member of a prestigious guild. 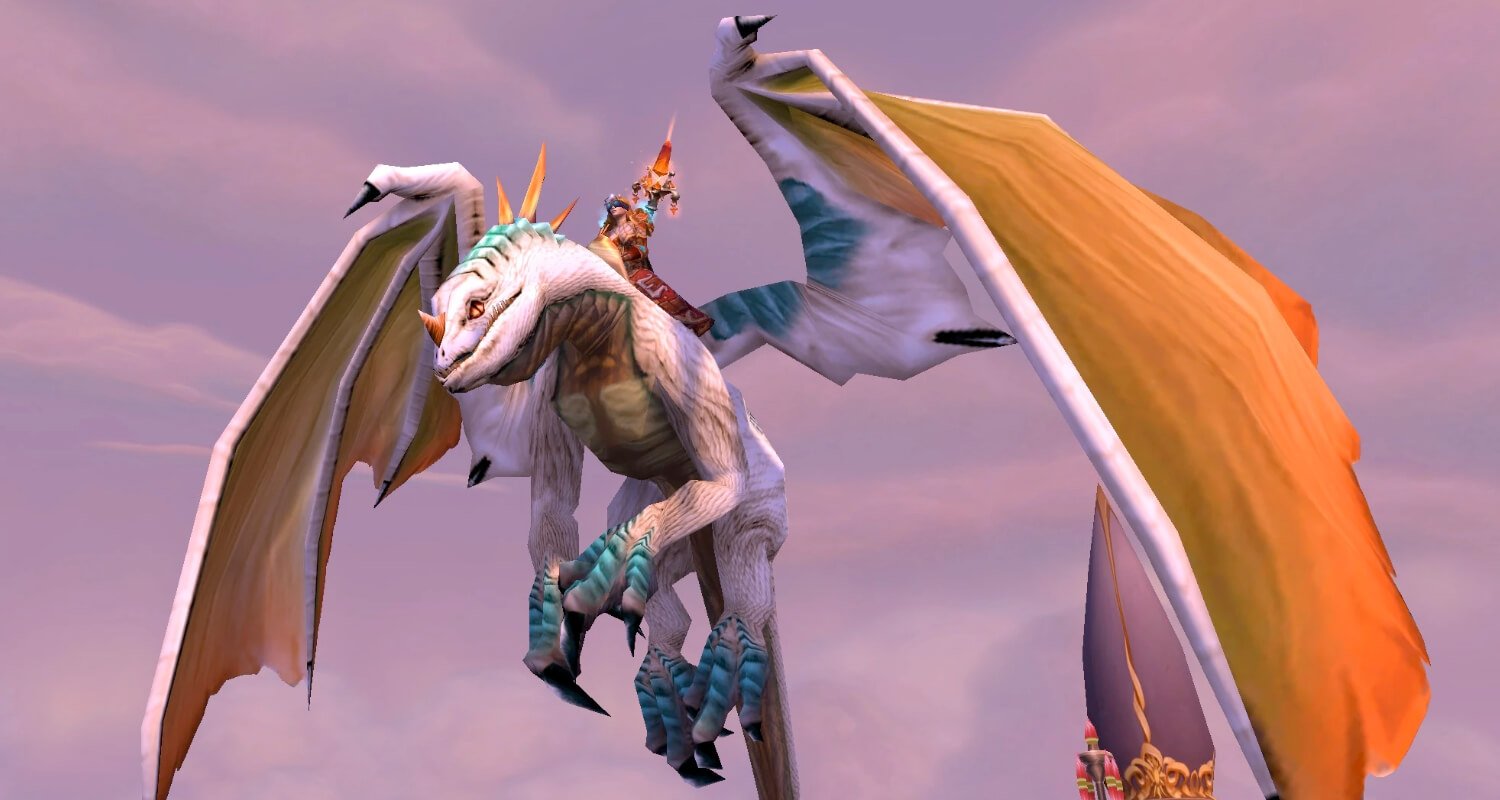 How to get: collect 50 mounts
Collecting 50 mounts seems laughable for the retail WoW players in 2022. But believe us, back in WotLK it wasn't that funny. Mounts were much rarer than they are today and getting even 10 was a real challenge. They either cost a lot, or were hard to get. Having 50 mounts at the beginning of the WotLK expansion was something only dedicated raiders could brag about. By the end of WotLK it became somewhat easier, mainly thanks to the Crusader fest's extensive lineup of mounts, but don't let that deceive you. It's still not going to be an easy thing to do. 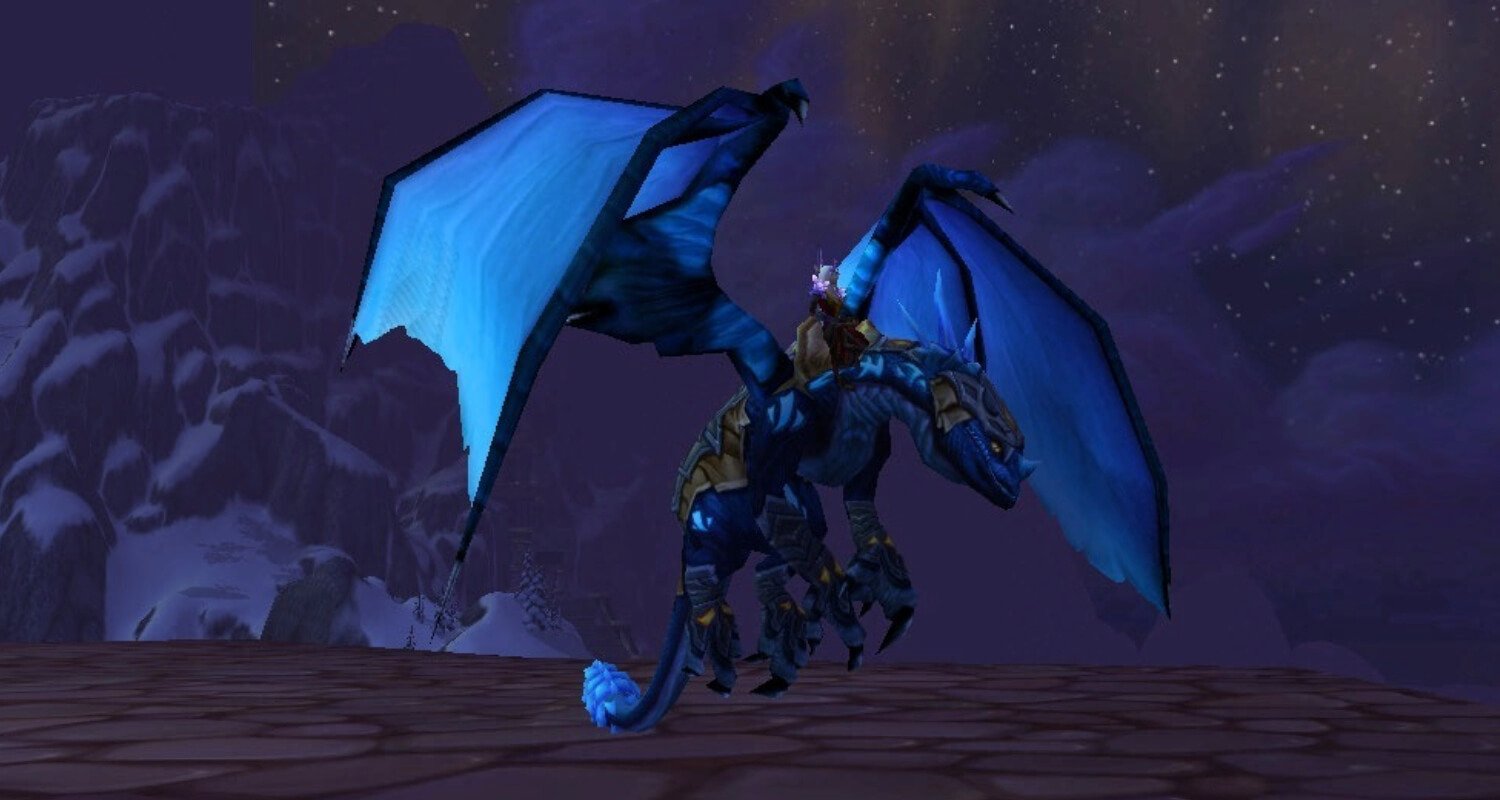 How to get: rare Malygos (25) drop
This drake can be obtained in basically the same way as the Blue one but there's a trick. It requires defeating Maligos in the 25-people mode now. Obviously, it's harder to accomplish than the same thing in the 10-people mode. First of all, the boss itself is tougher. And secondly, you have more players to coordinate. And the worst part is that there's way bigger competition when it comes to rolling for loot. Yes, now it's you against 24 players, not you against 9. The drake is also not guaranteed to drop, so you first need to be lucky to at least see it drop. And then you gotta be double lucky to win it. So yes, that's definitely a mount to show off once you've been successful with all that stuff. 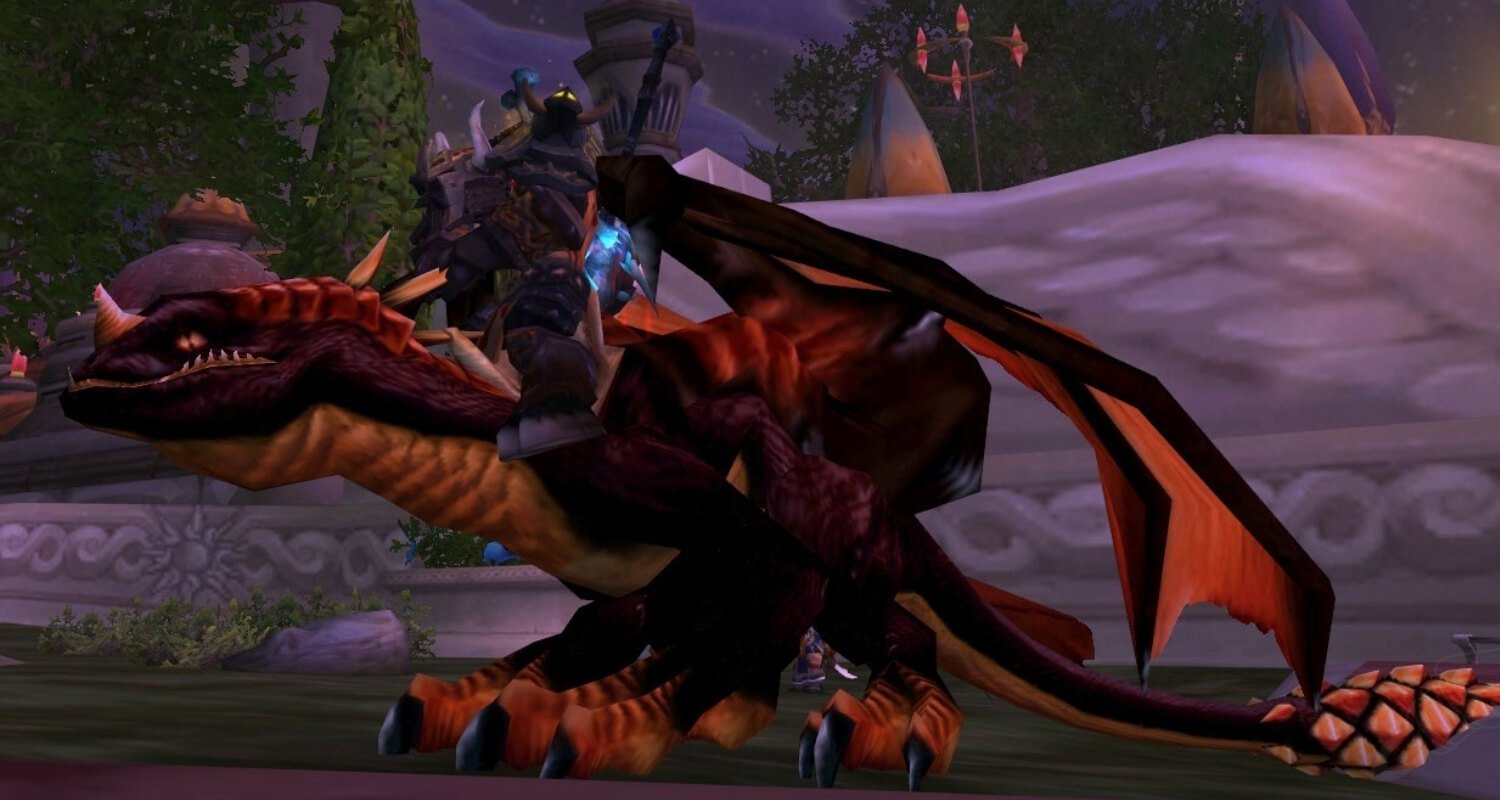 How to get: Obsidian Sanctum (10) hardmode 100% drop
The Obsidian Sanctum raid is usually considered to be more challenging than the Eye of the Eternity. However, there's good news regarding the Black drake that you can get there. It has a 100% drop chance. But don't be in a hurry to rejoice just yet. The source also says that it's required to complete the raid in the hard mode. Now what does that mean? Most players who have some WotLK experience would tell you that you don't really want to know. In a very Elder Scrolls Online-esque way the hard mode in the OS raid consists of defeating all the bosses during one fight. There's one boss proper (Sartarion) and three bonus bosses. You would usually fight them one by one. But if you're up for a challenge, you can try raise the stakes. As the name of the mode implies, it won't be easy, but it's at least somewhat doable. But that's nothing, wait till you see our number one drake... 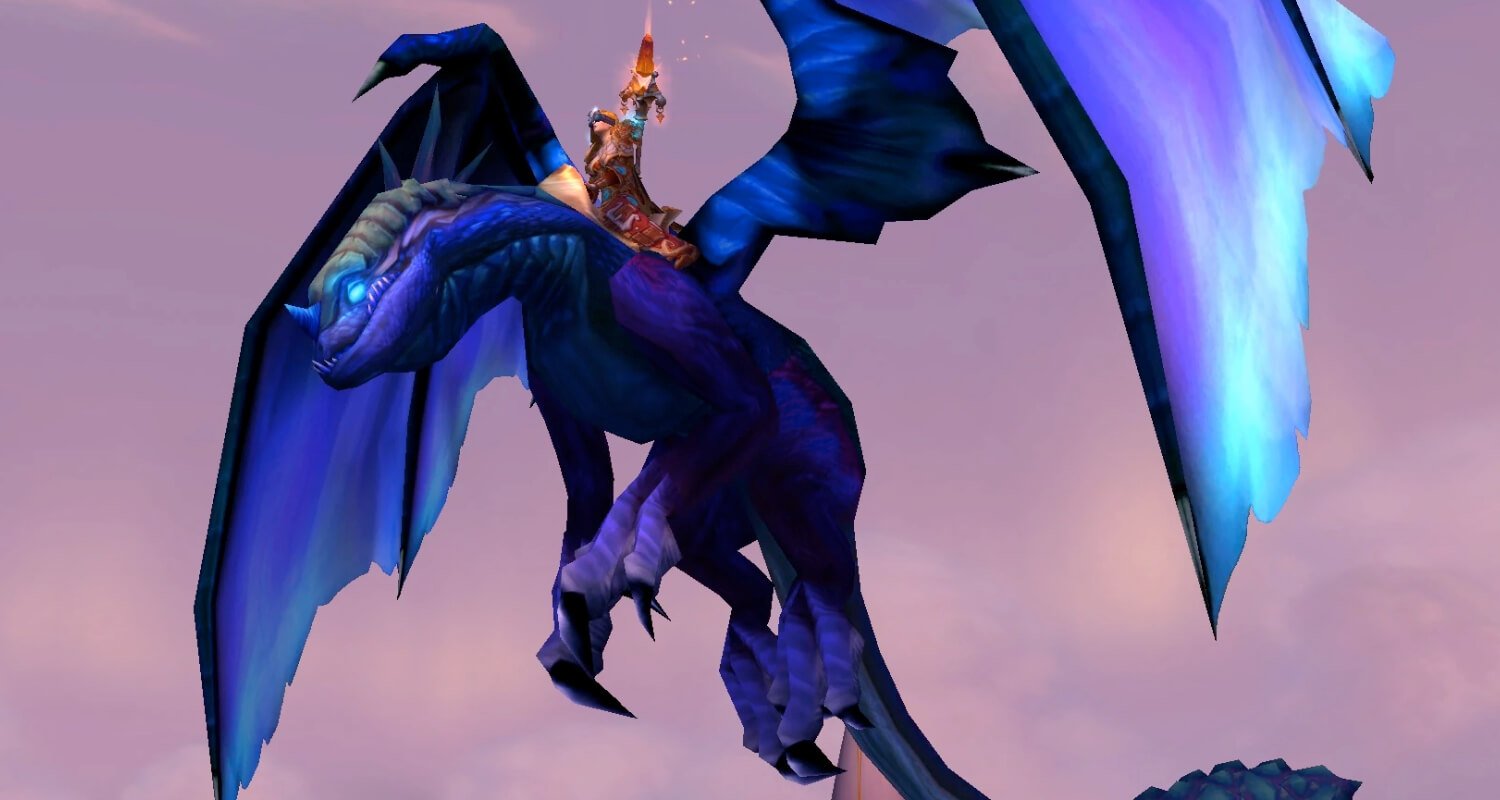 How to get: Obsidian Sanctum (25) hardmode 100% drop
Oh, yes. A worthy reward for sure. The dragon itself is very cool and also somewhat prophetic: it hints on the next expansion, Cataclysm, which had lots of twilight dragons and the like. We're not sure if there's ever a Classic version of Cata, but there's that.
Well then, why is it at number one? The obtainment process of this mount is almost identical to that of the Black drake. But now it requires doing the hard mode of the Obsidian Sanctum in the 25-player mode. Uh-oh, you thought that there was no way to make that battle against 4 bosses at once even more complicated? Here you go! The bosses now have increased health, increased damage, increased everything. You now have more people to coordinate and keep an eye on as well as more damage or healing to do. And if you're a tank, well, good luck to you, since it's one of the few things that can help you in your endeavour. And of course, there's only one drake in the loot. So if you were not lucky this time, come back next week for more suffering!
***
Those were the 7 drakes you can obtain throughout the WotLK Classic content cycle. Some are easier to get, some are harder – but they all are great and will become decent additions to your collection. Unlike proto-drakes, all of these mounts are still obtainable in the retail WoW, so if you're not a big fan of Classic version of the game, or if you just want to collect them all faster, you can try doing that in the retail WoW.
And if you need help with getting any of those dragons, we have a whole dedicated section in our catalog for you to find the perfect boost in. Check out our drake obtainment boosts or just get in touch with us to learn more or order right away!
View Drake boosts     Contact us
Share: Facebook Twitter