All articles
Back in the day when Wrath of the Lich King got released for the first time – in 2008 – everyone was surprised with how many mounts a regular casual player could obtain. The thing is, in Vanilla and the Burning Crusade there were much fewer mounts in general and they weren't accessible at all. Most of them were very hard to obtain and were related to raids, dungeons, and PvP. In TBC, however, reputation-based mounts appeared but it took you lots of time to get them. Even if you achieved the required reputation level, you still had to make a couple of expensive purchases: learning to fly was damn expensive back then. WotLK lowered the bar and getting new mounts became much more common: they required less effort and money and were obtainable from numerous casual-friendly sources.
Proto-Drakes were all the rage. Cool-looking ancient reptiles became very sought-after. Some of them became rewards for the hardest achievements in the game and it helped their popularity as well. Today we suggest taking a closer look at what proto-drakes there are in Wrath of the Lich King and rank them by how cool they are from the least cool to the most. 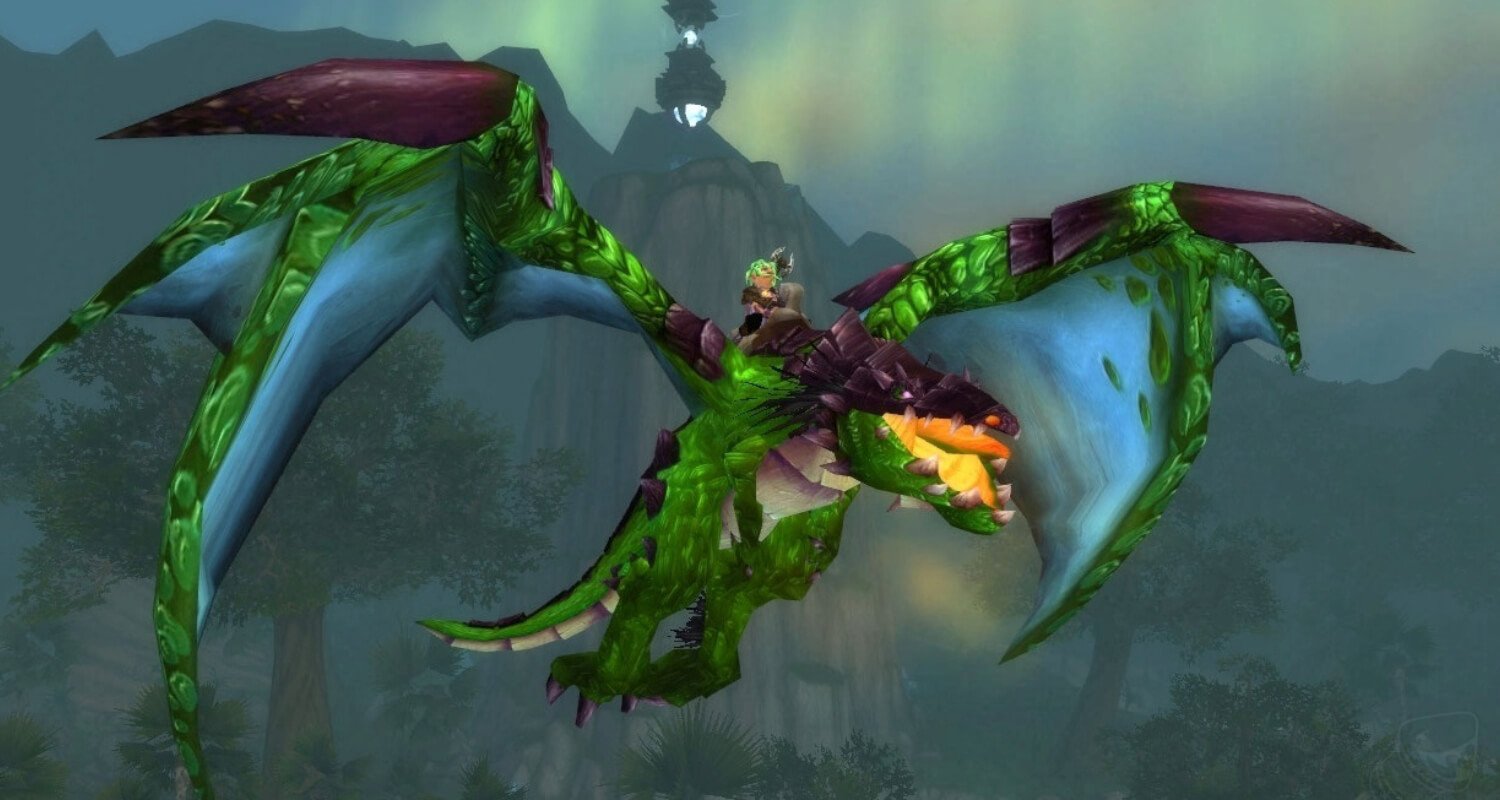 Let's make it clear from the start: the least cool proto-dragon is still cool. Having it is way better than not, so don't disrespect the greeny. It's placed at the end of the list only because it's the easiest to obtain. You can do that solo and without any competition at all. First you gotta improve your reputation with the Oracles (fish-frog midgets) in the Sholozar Basin to revered. Then you will be able to purchase a Mysterious Egg that will spawn something in 7 days. That something can be non-combat pets, consumable food, or Green Proto-Drake. You gotta be really lucky for that since it has a pretty low chance of dropping. Nevertheless, you can keep buying those eggs until you finally get the mount – nothing will ever prevent you from giving it another shot and there's no effort involved at all. 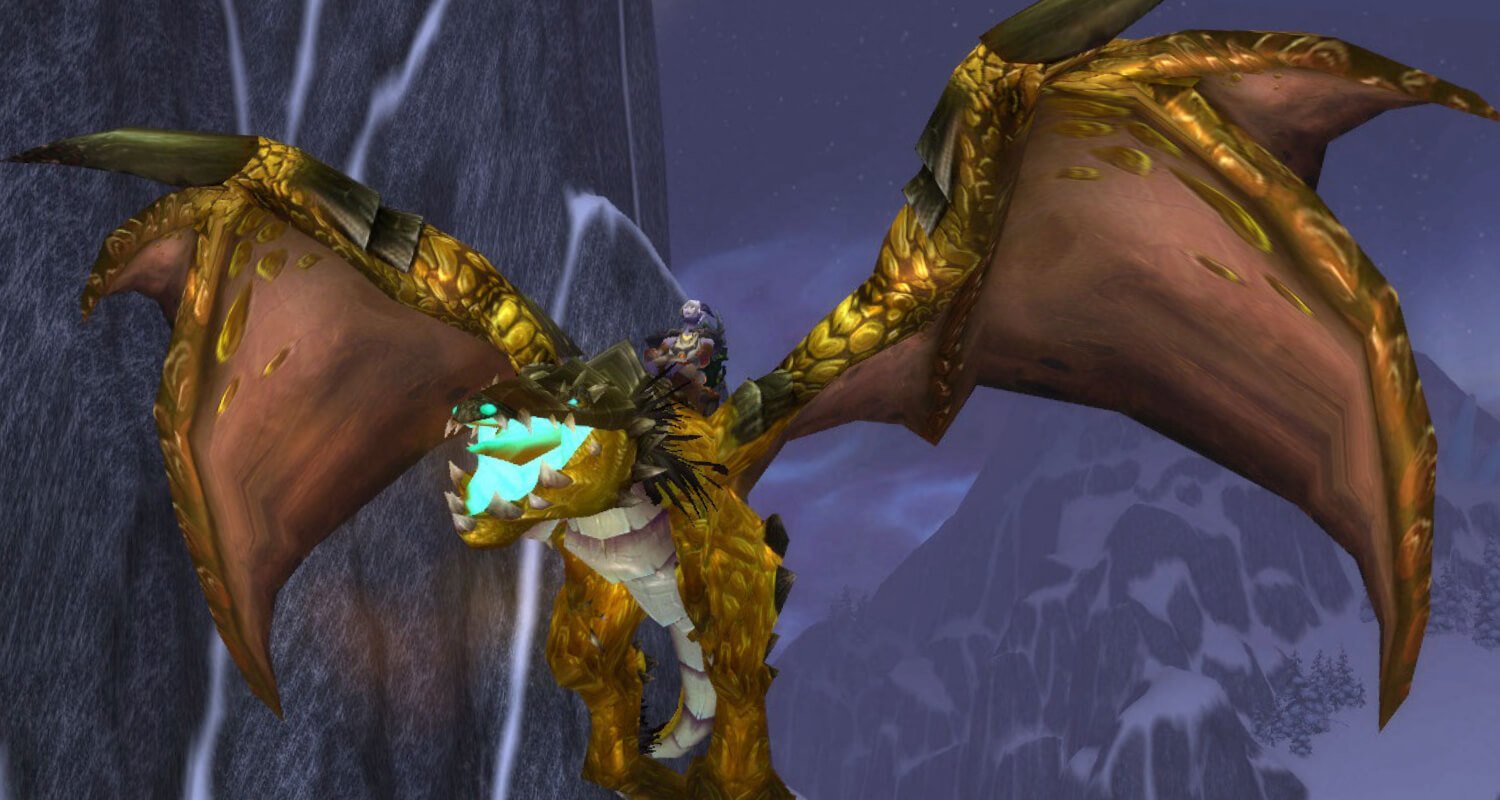 Despite the cult following this mount has created, it's not that hard to obtain it. Especially if you play on not the most populated realm of your region. The algorithm of catching the mount is simple: you go to the Storm Peaks zone, trace the time-lost proto-drake rare NPC (better use dedicated add-ons for that), defeat it, and you're guaranteed to get the mount. What makes it challenging is long pauses between spawns of the dragon, random spawn spots, and other players looking for it. It's a free-for-all competition where the end justifies all means. Don't expect your rivals to play nicely! If they belong to the opposite faction, expect aggression! Otherwise, you just should have some patience and luck, and it will come to you. It's absolutely doable solo. 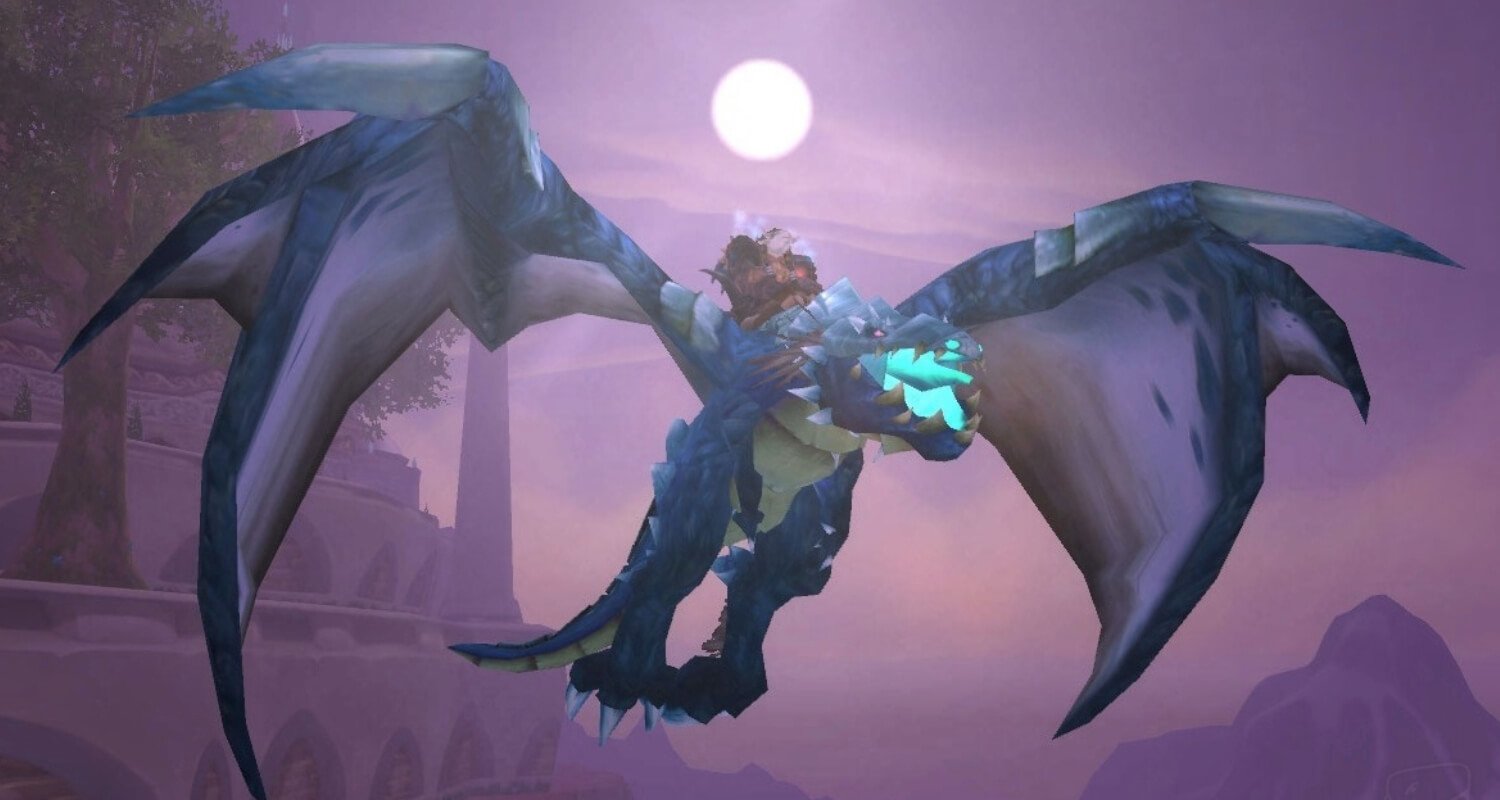 This is where things stop being solo-friendly. The Blue Proto-Drake drops from the last boss of the Utgarde Pinnacle in the Heroic mode. Skadi the Ruthless – does the name ring a bell? If it still doesn't, it will soon do. The drop chance is low – about 1% – and completing the Heroic dungeon in WotLK is more of a trial than it is in the retail WoW. The mount is not a personal loot – it's dropped to the whole group and everyone rolls for it. So you should get lucky twice: first having the mount drop and then getting the highest roll. The chances for that are not quite high but every player in the group is equal in this regard so it's fair play at least. 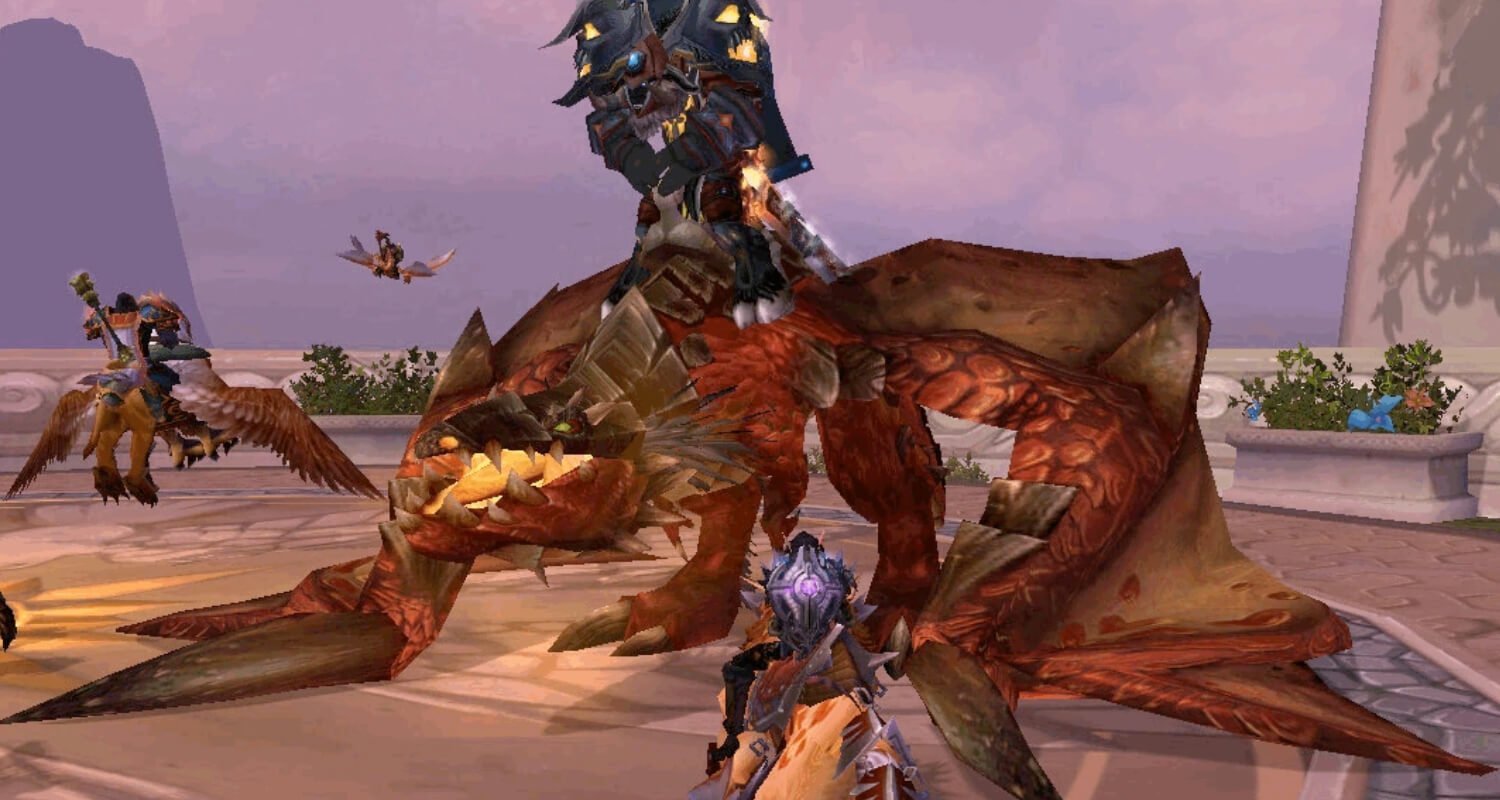 The Red drake is the first on this list that is the display of your skill, not luck. To get it you need to complete the Glory of the Hero meta achievement that requires completing lots of Heroic dungeon achievements. Some of them are harder than other but in general most of them are doable with random teammates. The remaining few takes a pre-made well-prepared group but it's still not impossible to gather it and do it. It's going to be quite time-consuming but it's still something pretty much worthwhile. 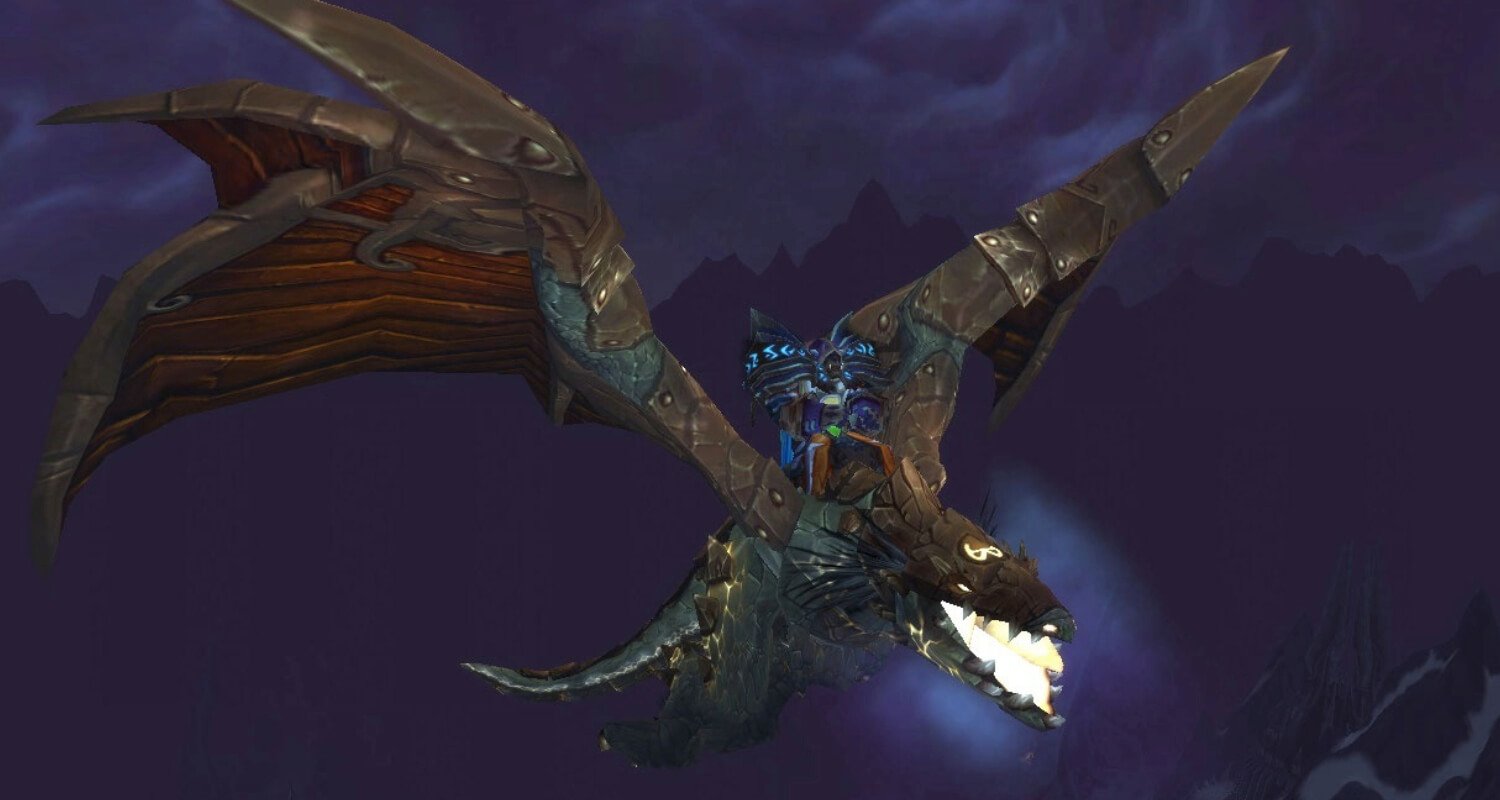 Here comes our first raid-related proto-drake. The Rusted drake is rewarded for completing Ulduar in the 10-people mode. Don't expect it to be child's play – by no means it is. The achievements required for the Glory are at best tricky, at worst insanely hard. But if you have a good guild – and if you're running Ulduar before nerfs, it's safe to assume that you do – it will be tolerable. This flyer is not often remembered in discussions about the rarest or the coolest mounts – the reason for that is that it's still available as the reward in the retail WoW. You can just take any of your high-level character and go clear the whole raid, doing all the necessary achievements on your own (well, some of them can actually take several people to complete). That's why in the retail WoW its value has decreased significantly. In WotLK it will be one of the most envy-provoking mounts till the very end of the expansion. 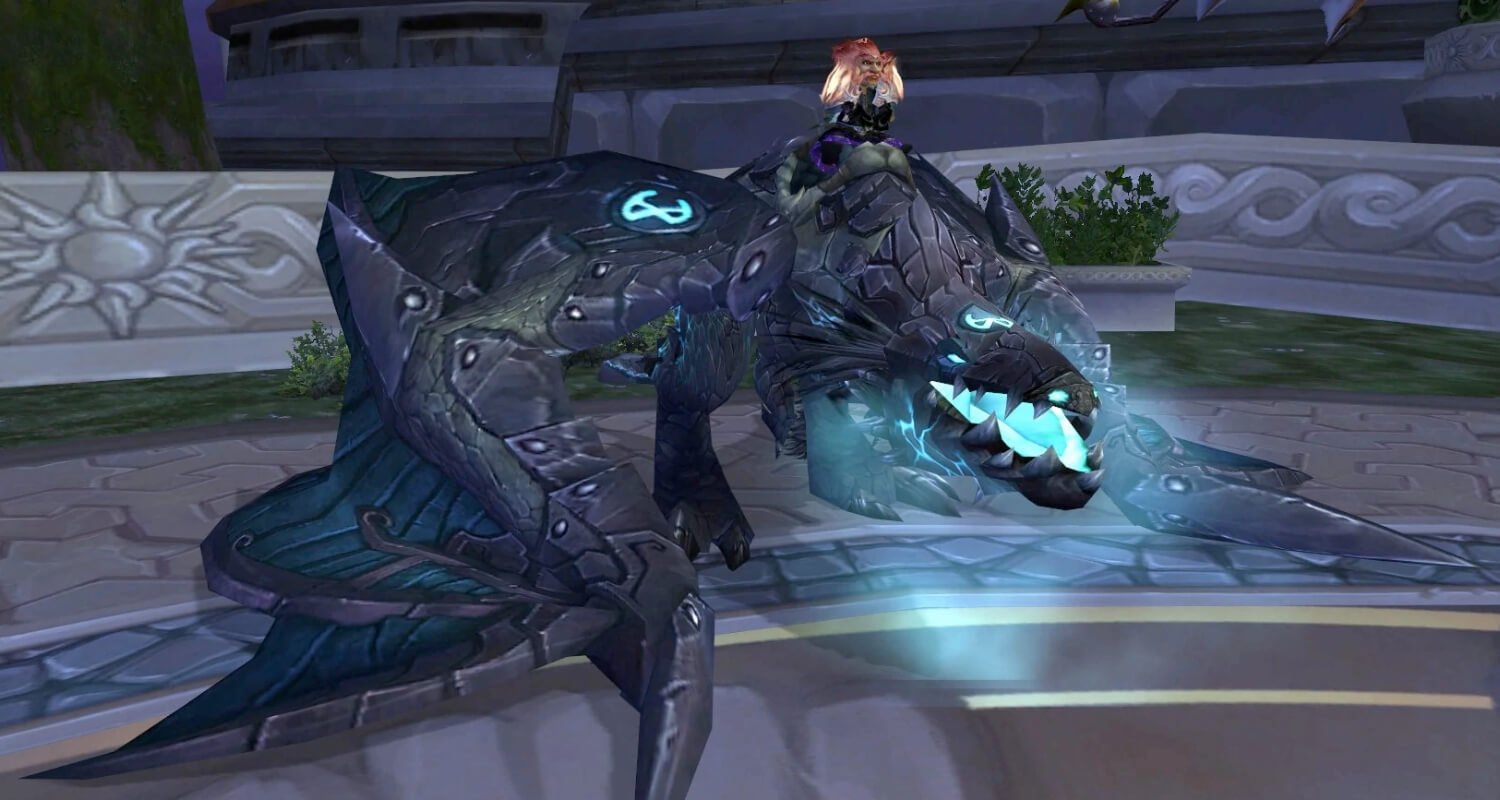 If getting the Rusted proto-drake wasn't much of a challenge to you, try getting the Ironbound one. It's rewarded for the Glory of the Ulduar raider in the 25-people mode. While it's still doable, it takes more people and more complex team coordination to complete. That's also lots of planning and preparation. We won't make it sound easier than it is: only the most dedicated raiders will have this mount by the end of the Wrath expansion. Others won't be even close to getting it. 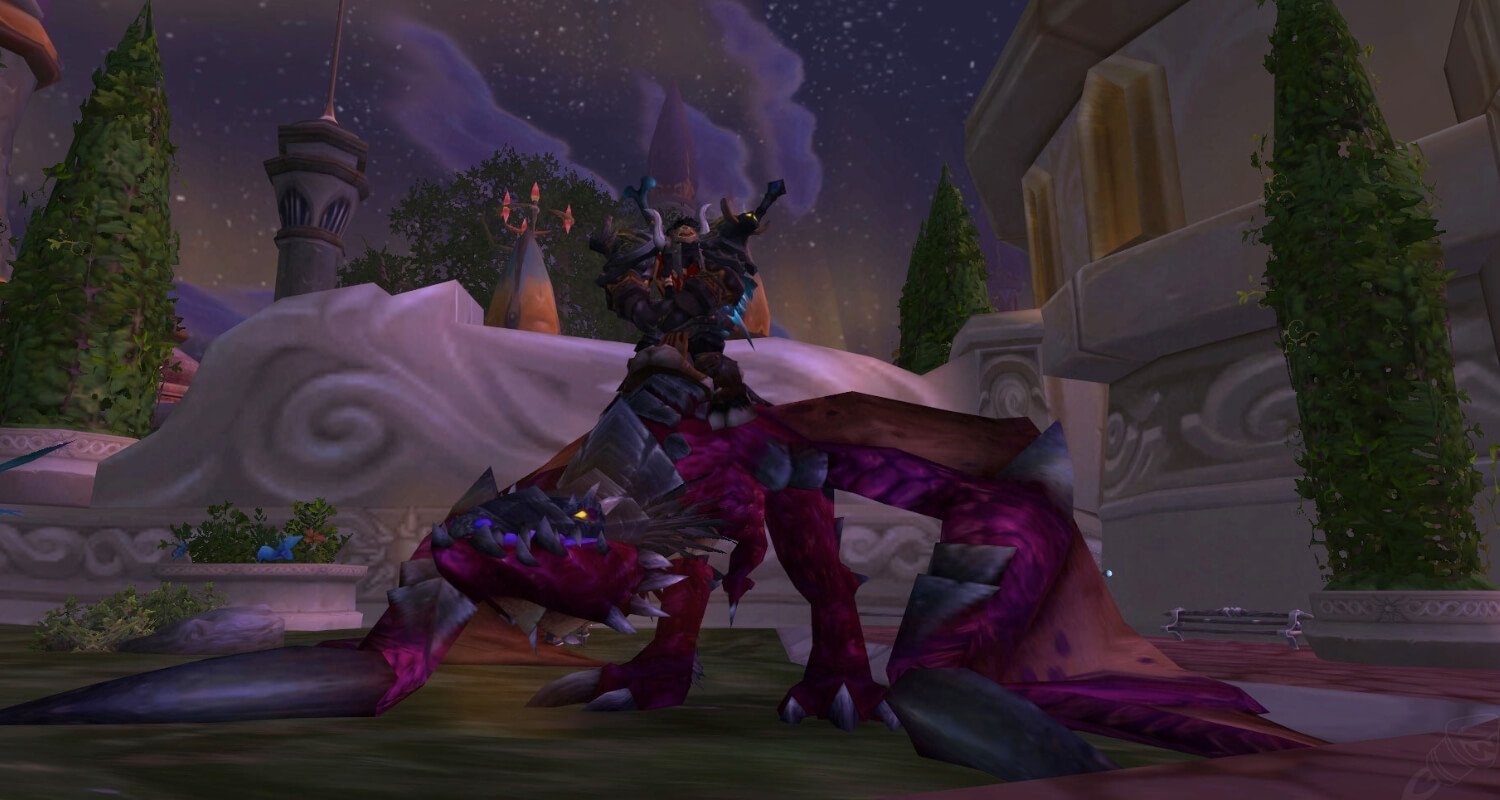 Although it's mostly can be done solo, this proto is high on our list for a reason. To get it, you need to finish the met achievement "What a long, strange trip it's been". That means completing all season events-related achievements in the game. If you haven't got any of them done yet, you're in for a fun year. Not only do you have to play throughout the whole year, but also you'll need to think of the best ways to complete those nasty achievements. They are not easy. Some of them involve random drops and weird conditions. Getting the Violet drake is not a piece of cake and you will recall our words when you'll start out on this journey. But we want to encourage you to try: the mount is so rare that you will definitely stand out with it. And your dedication will be lucid to anyone. 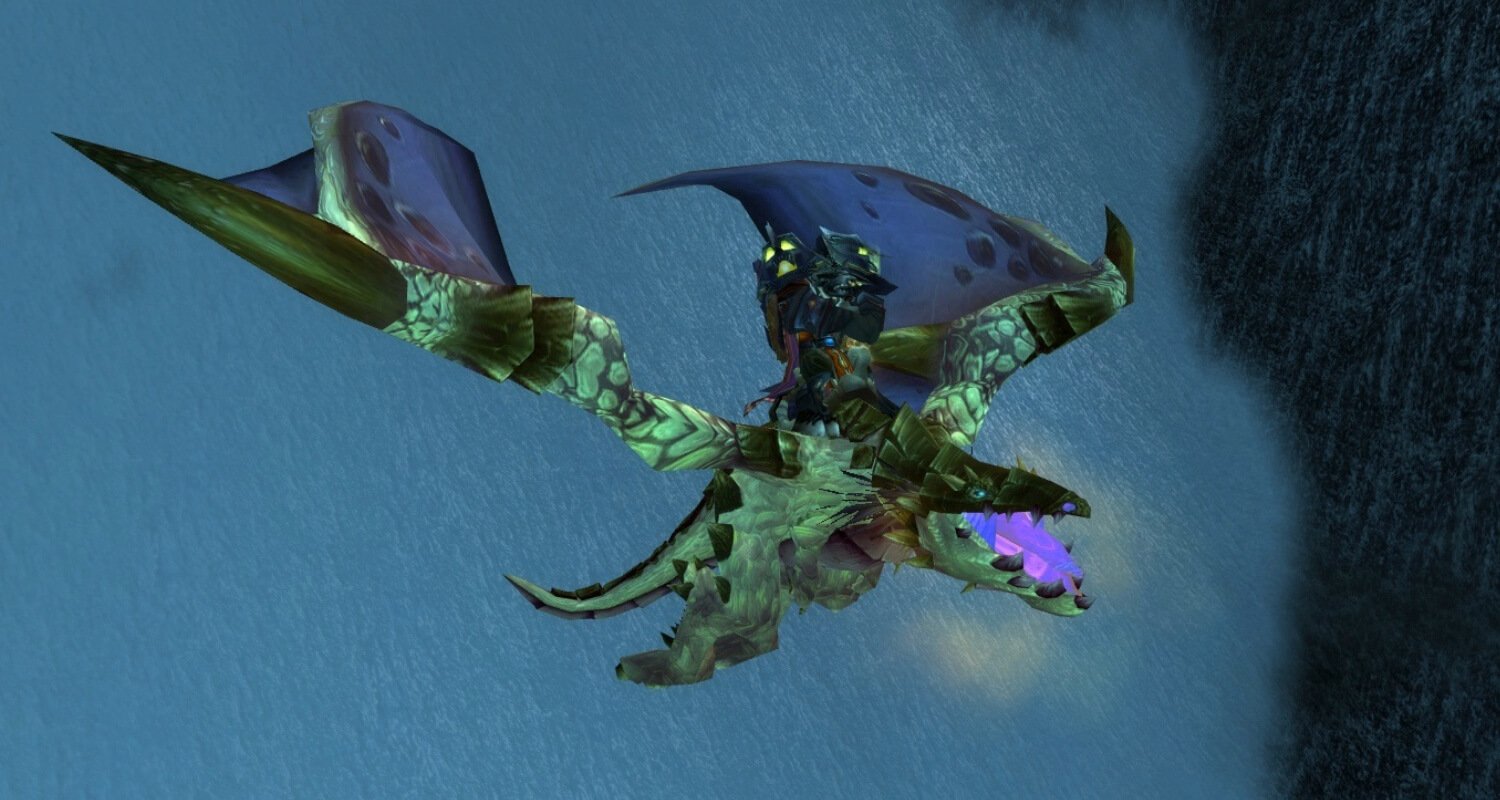 Now here's the papa proto-dragon. You know what it is and you have probably seen how much gold the richest players are willing to pay for it at the black market. Why is that? The reason is simple: it's very rare since it was removed from the game right after the Ulduar release. Basically, even before the nerfs for its current tier. Although the Naxxrramas-Obsidian Sanctuary–The Eye tier was quite easy, not many players had time to complete the respective 10-player Glory. As a result, only a handful of players on each realm have it in the retail WoW. If you want to get it in the Classic WotLK, hurry up! Prepare your character for raids right away – we can help you with leveling up and getting gear! Just check out our WotLK services. 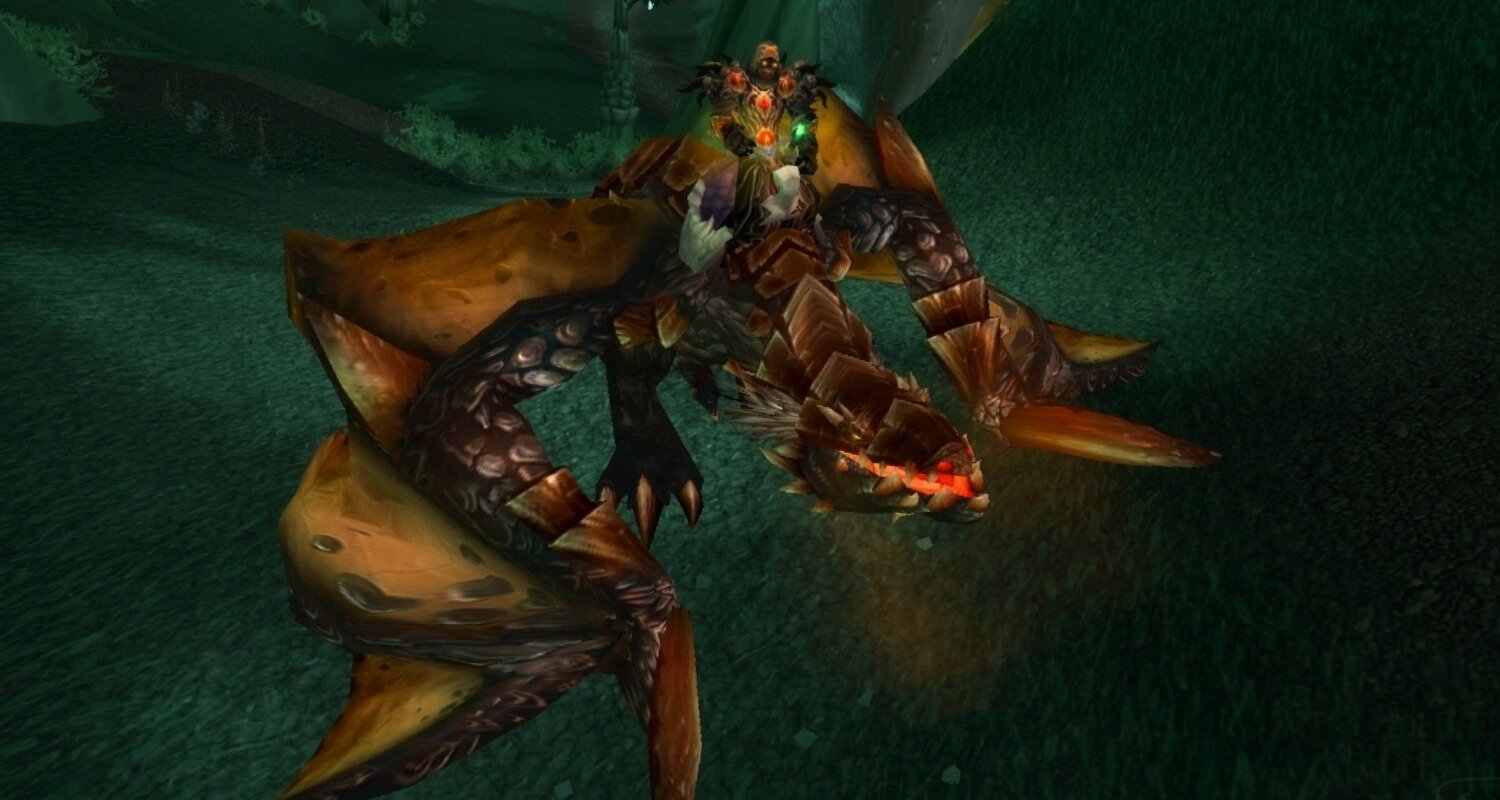 The Black Proto-Drake is the mother of all proto-drakes. No one compares to it. Just like the Plagued one, it's awarded for the WotLK's initial Glory of the Raider but in a 25-people mode. Some of the achievements are really hard to pull, especially with such a big team. And it's also time-limited: when Ulduar comes out, there will be no more ways to get it. It's so rare and cool that it can't even be obtained via the Black Market in the retail WoW. So don't lose such an opportunity – you were given a second chance to try getting your black proto, use it wisely!
***
As you can see, proto-drakes come in all imaginable colors and from numerous various sources. You will definitely find the perfect drake for yourself! And don't disregard "less cool" protos – they all are deemed awesome, some are just easier to get and less rare than others. So don't hesitate to start with the Green one, for example, and make your way to the Violet and Black ones.
And if you need any help with them – we can offer you our services! We help players obtain any WotLK mounts they want! You can check out our products in the catalog. Or you can get in touch with and request any help directly! We'll be happy to help!
View WotLK Mounts boosts     Contact us
Share: Facebook Twitter