What's the loot: Raszageth – What useful items does the last boss of VOTI drop?

All articles
Raszageth is the last boss of the Vault of the Incarnates raid – and as such has lots of pretty items to offer! Its loot is of the highest item level in VOTI: in Normal it's 398 ilvl, in Heroic – 411 ilvl, and in Mythic – 424 ilvl. This makes sense since the final raid boss of the content cycle must have the best loot in the game! At least until the next content patch arrives, that is. So let's see if this dragon-bird creature lives up to the expectations. Below you'll find all the 14 items that this boss drops at all the difficulties. We've divided them into several groups to make it easier for you to navigate this list: tokens, weapons, armor, trinkets, and cosmetics.

How many total: 4.
Raszageth offers head tokens for all the classes. "Tokens" are items that you can change for tier set pieces by visiting a special vendor. The tier set in question is Primalist that is unique to the Vault of the Incarnates. There are 13 classes in the game, yet just 4 tokens – the classes are grouped by 3 (and 4 for one of the tokens) to make it easier for your raid team to handle those tokens. So here's the full list of these head-slot tokens:
The item level of the helmet depends on the difficulty, so it's 398 ilvl for Normal, 411 – for Heroic, and 424 – for Mythic. The set items' stats and bonuses differ for each class and spec, which is only natural. And here's what these helmets look like: 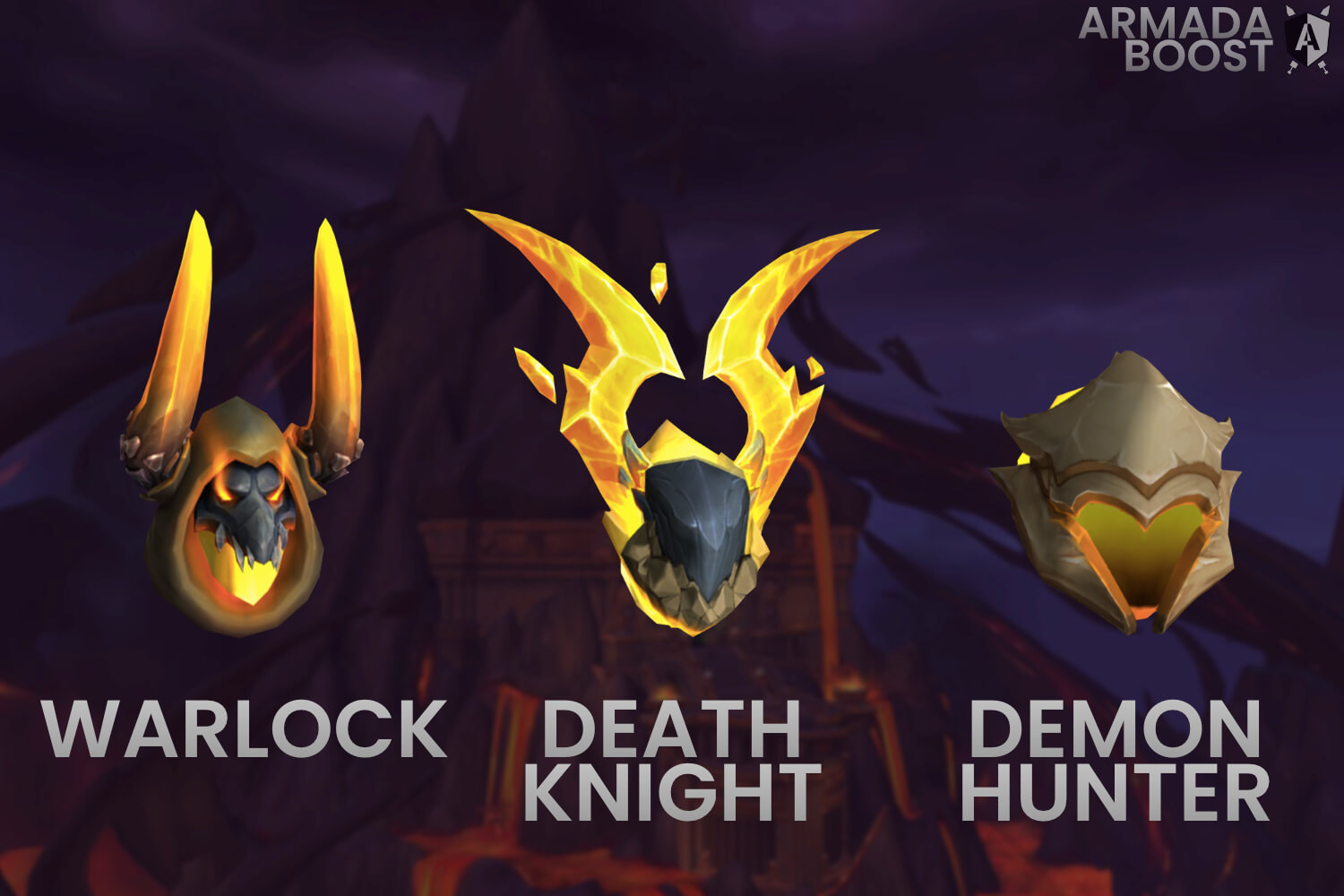 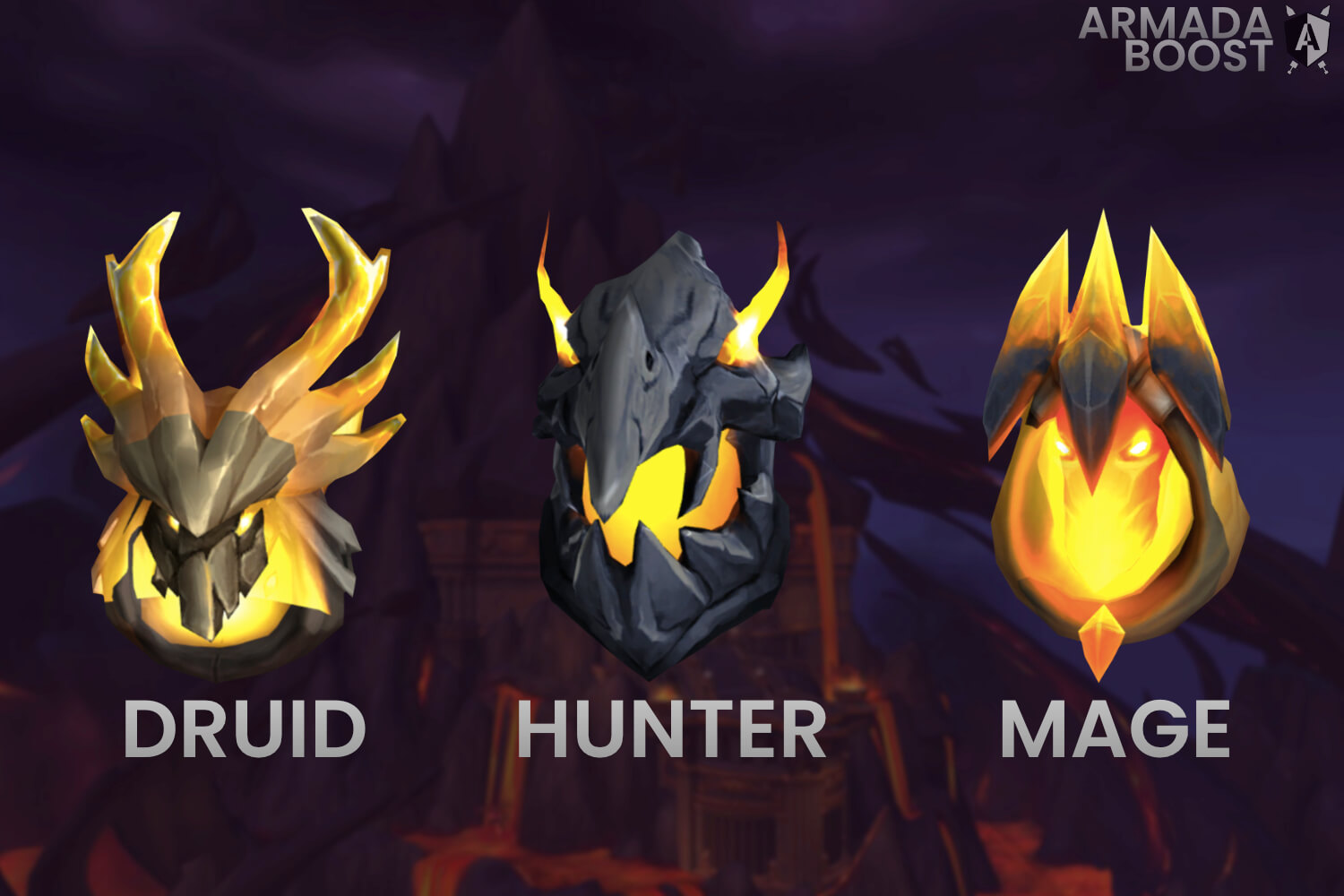 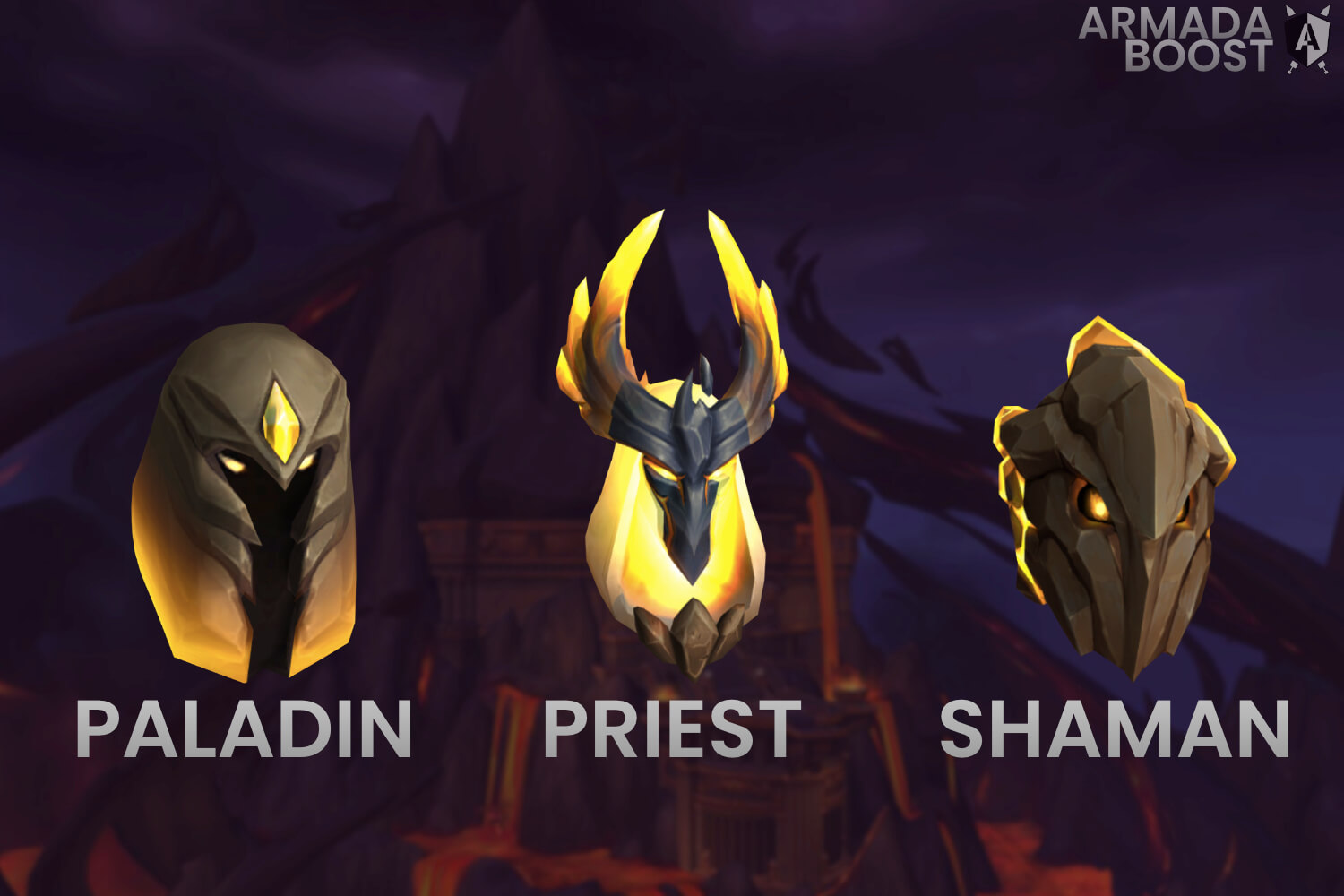 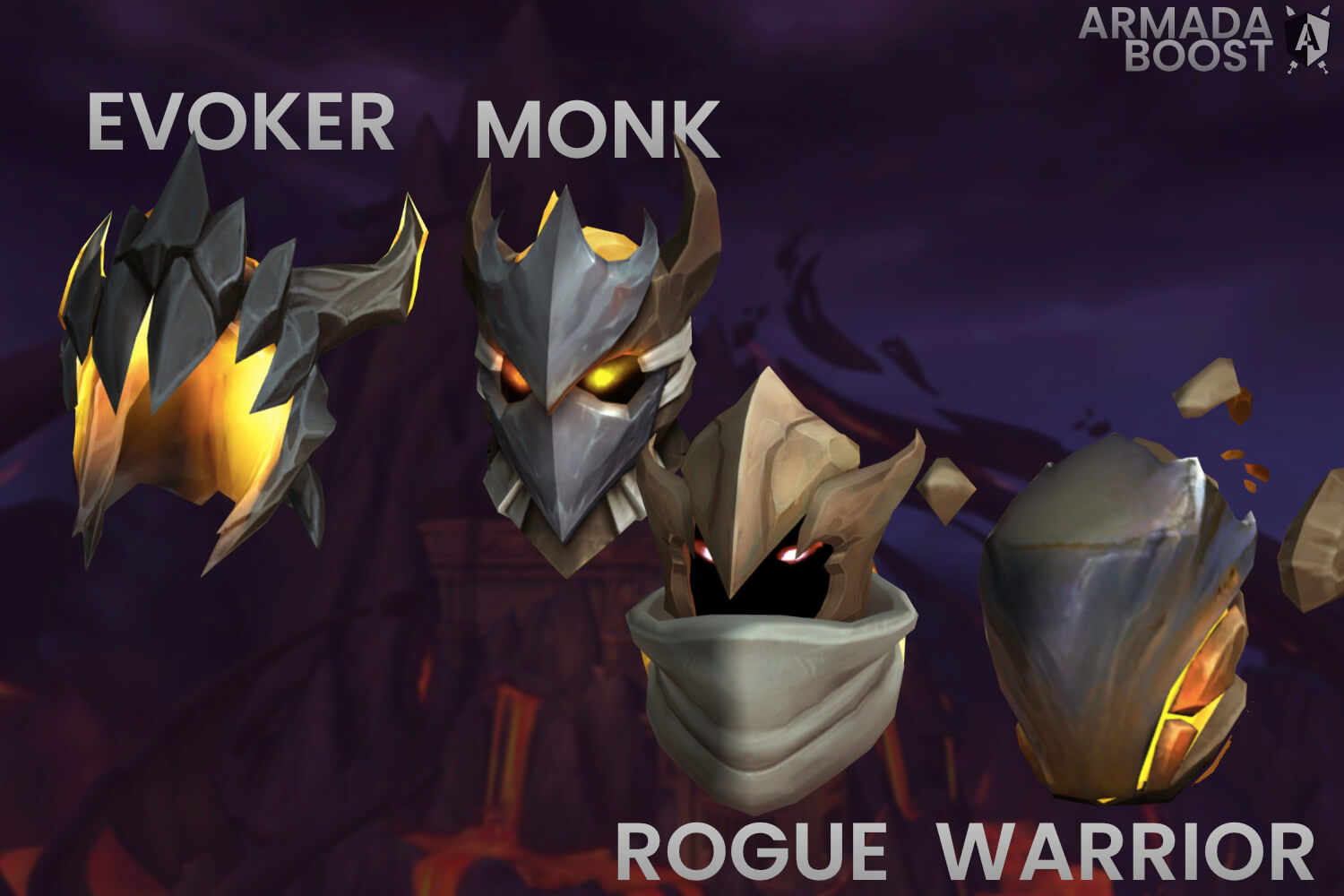 How many total: 3.
You'd expect the last boss of the raid to give you the coolest slashers and crushers, and shooters, and whatnot – and that's fair! Raszageth has 3 items of such kind and the developers tried to make its weapons' choice quite versatile. Frankly speaking, they haven't really succeeded and what we got is a rather narrow list of classes/specs that can find something to their liking here. Let's take a look at the 3 weapons dropped from Raszageth. 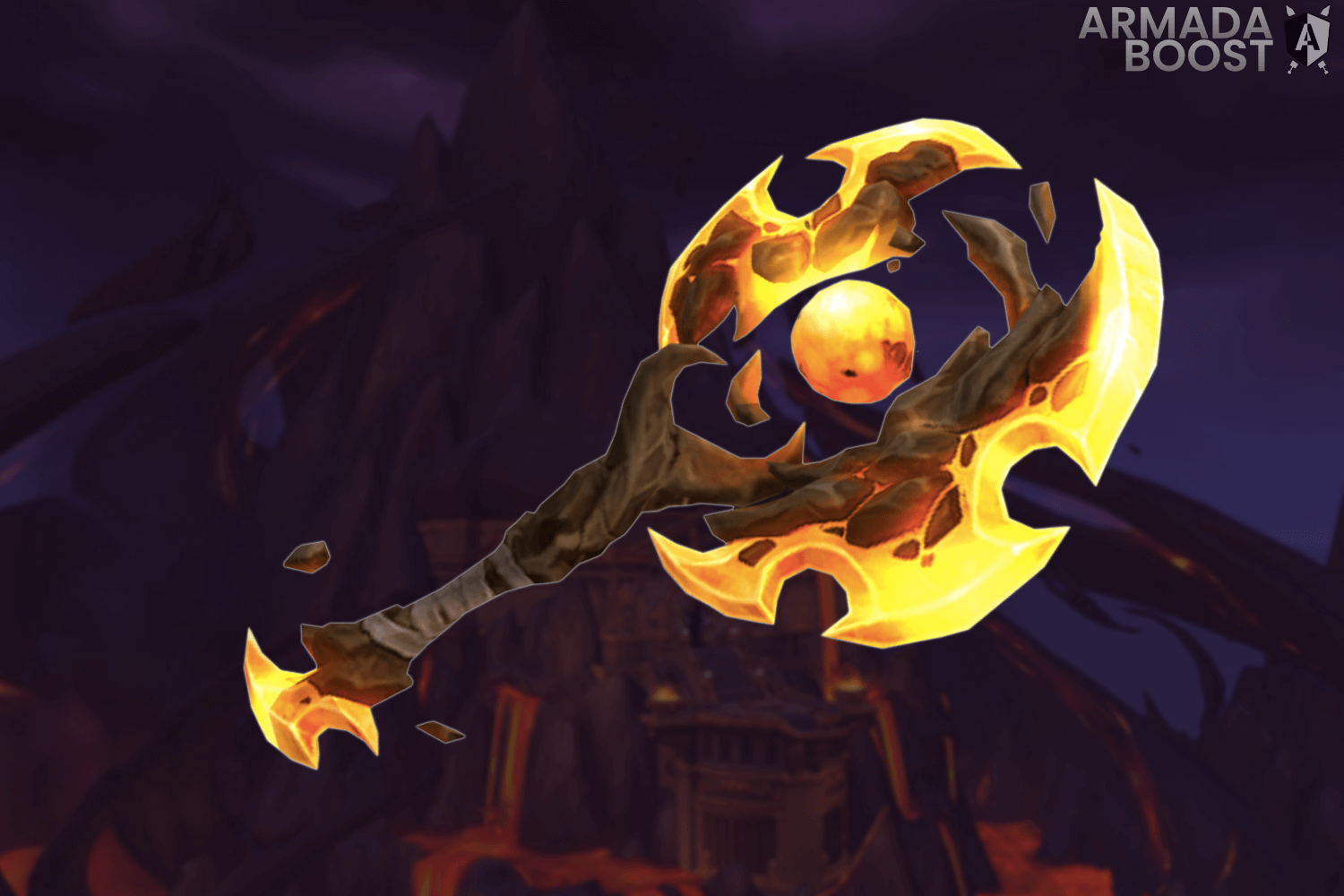 Neltharax, enemy of the sky (bow) 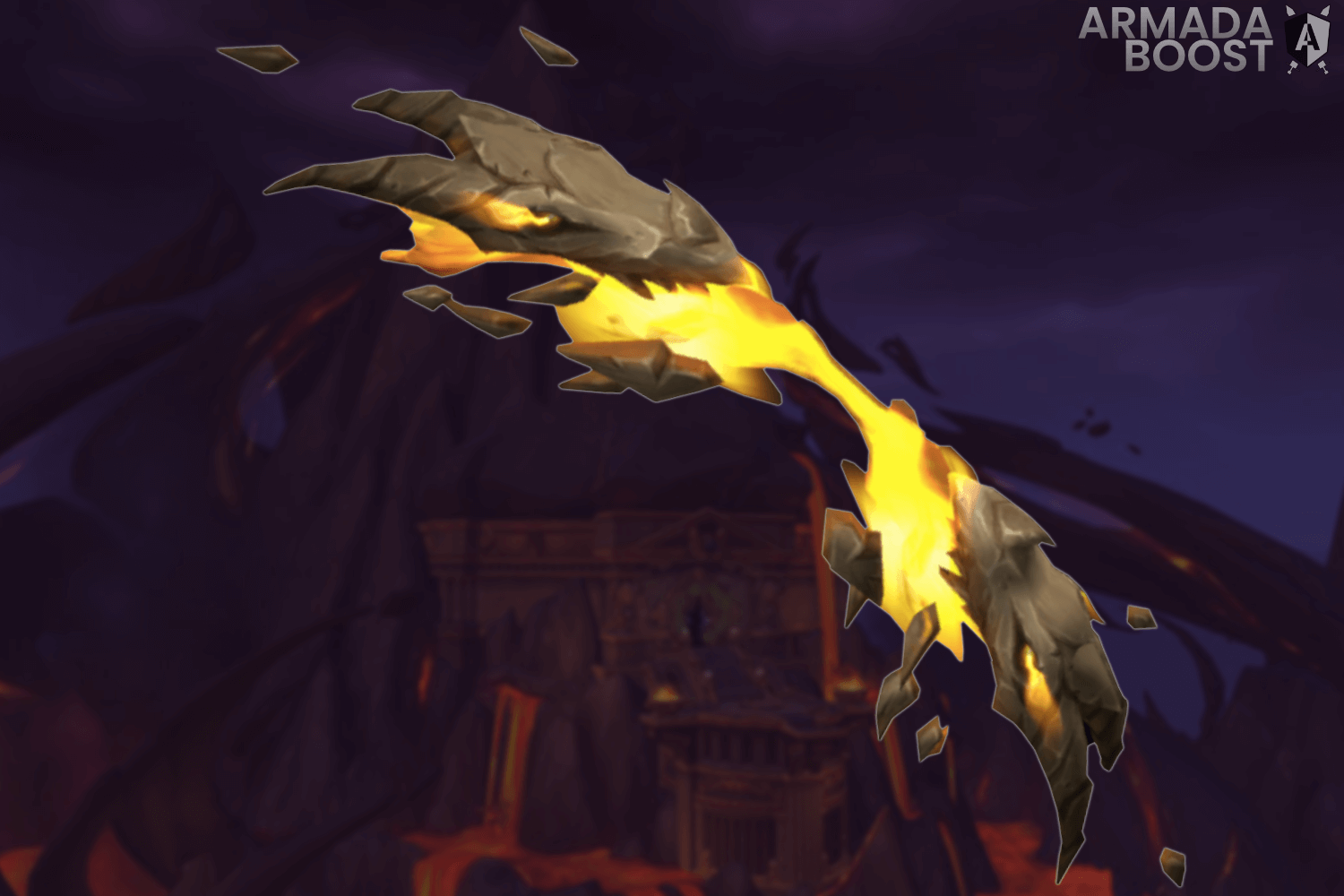 Bows are only truly relevant for hunters. In particular, beast masters and marksmen. Granted, this bow looks amazing and we'd say that it's a worthy reward from the last boss. As for the stats, it has good damage, adds some agility, stamina, critical strike, and haste; and also offers 2 prismatic sockets. It also has a passive equip bonus: while you auto attack a single target (say, a boss), you get a 6% attack speed bonus. It stacks up to 5 times – that is, you can have as much as 30% attack speed increase with it. Marksmen will have lots of fun with it, for sure! The stacks disappear as you switch to another target, so remember that this is a single-target damage burst. 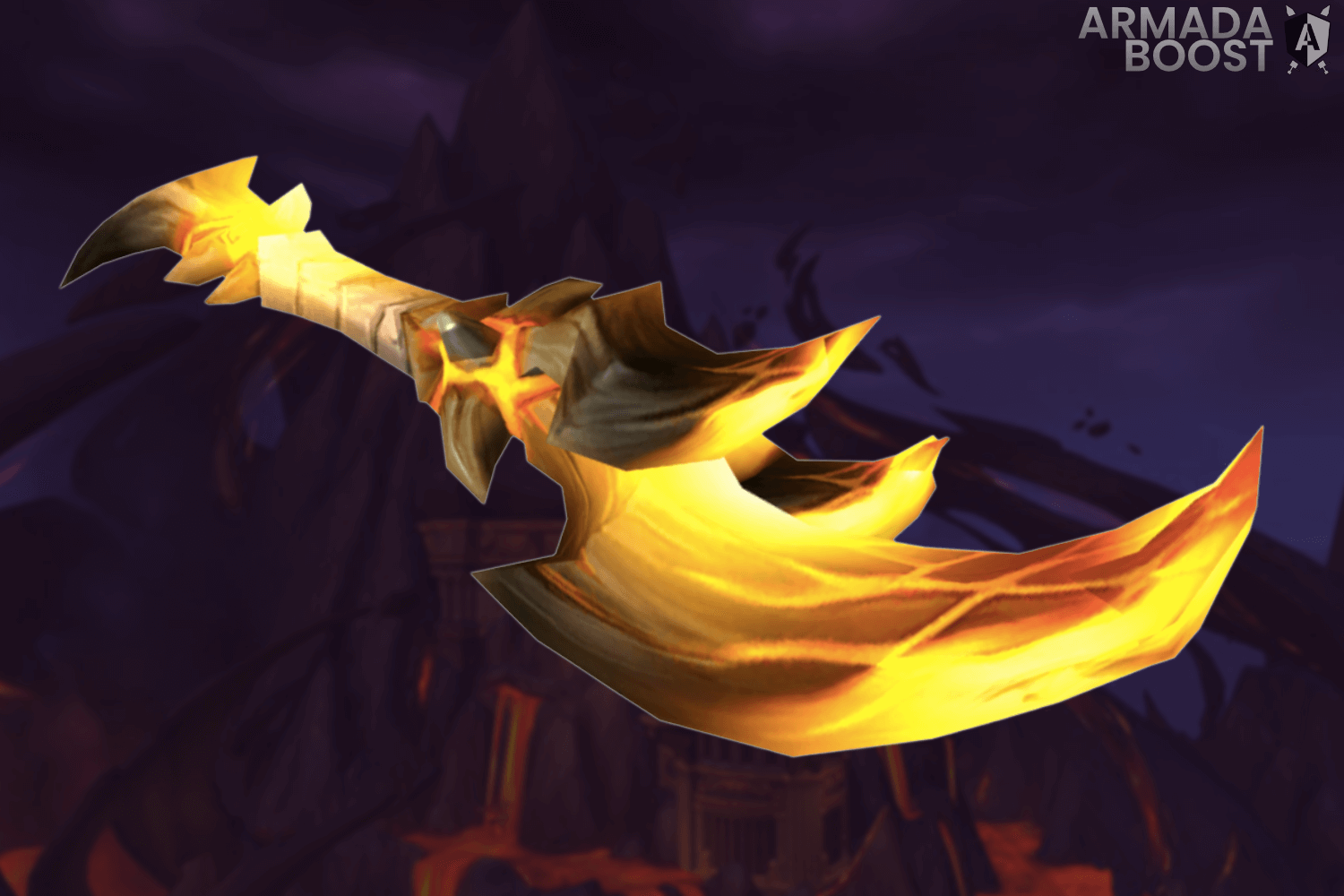 A beautiful fiery dagger that suits casters best. Both DPS casters and healers: mages, priests, warlocks, and evokers of all specs, as well as resto and elem shamans and resto and balance druids. The dagger gives you lots of intellect, stamina, critical strike, and mastery. Also, you get 2 prismatic socket which is perfectly in line with other weapons that Raszageth drops.

How many total: 4.
Unlike weapons, armor pieces do really offer some versatility. All the armor types are present and you are likely to find an item you need among them. However, they don't really offer any mind-boggling visuals, so that might be not as satisfying in that regard as you'd expect (well, you still have helmet tokens for that, so don't worry). Let's have a closer look at each of these items. 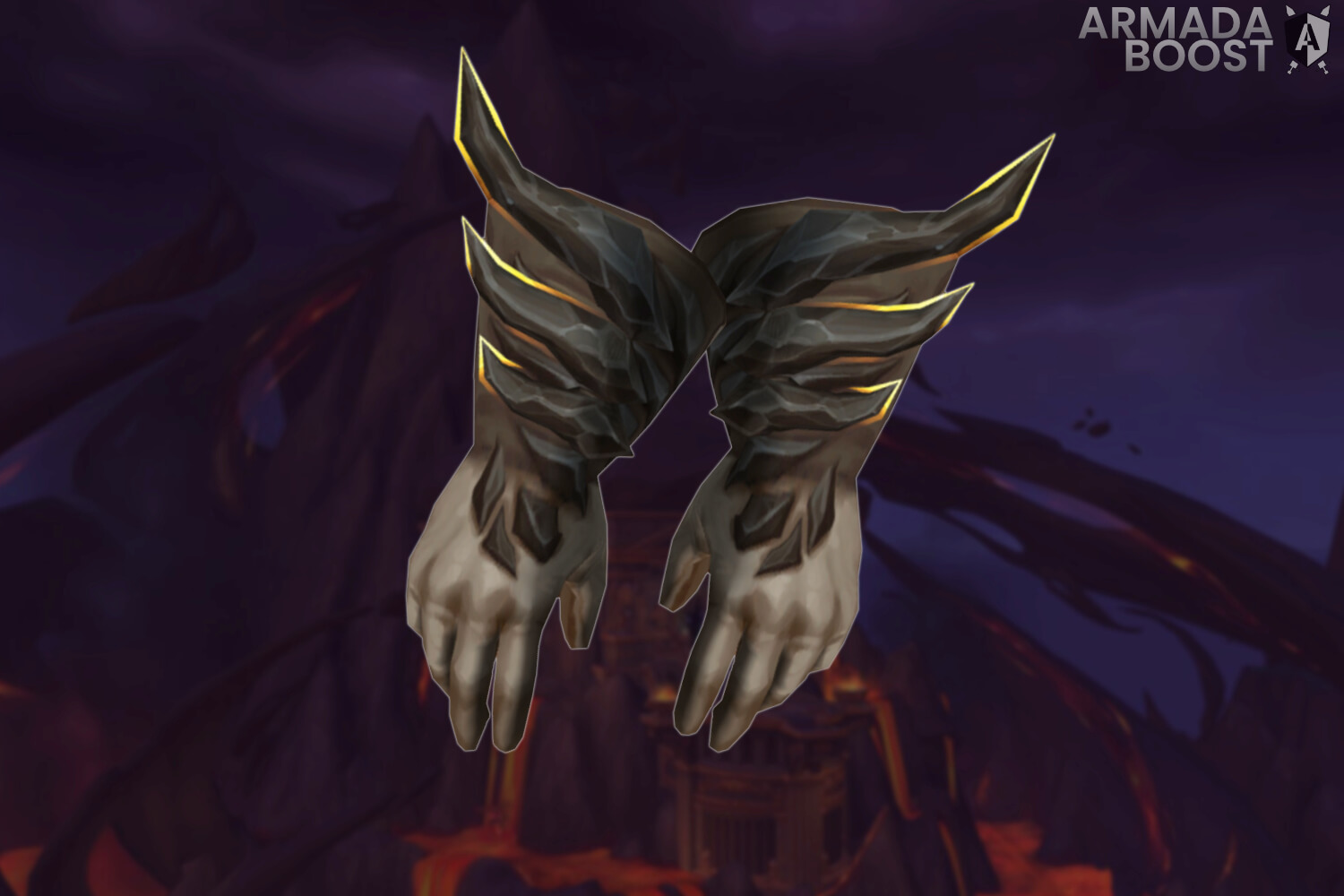 Mail wearers, here's a lovely couple of mittens for you to try! If you play as an agility-based spec, you'll get bonuses for agility, stamina, critical strike, and versatility. That's true for all hunter specs, as well as enhancement shamans. And if you're a caster, you will have intellect for agility among the bonuses. It applies to both caster DPS specs (elemental shamans and devastation evokers) and healers (restoration shamans and preservation evokers). 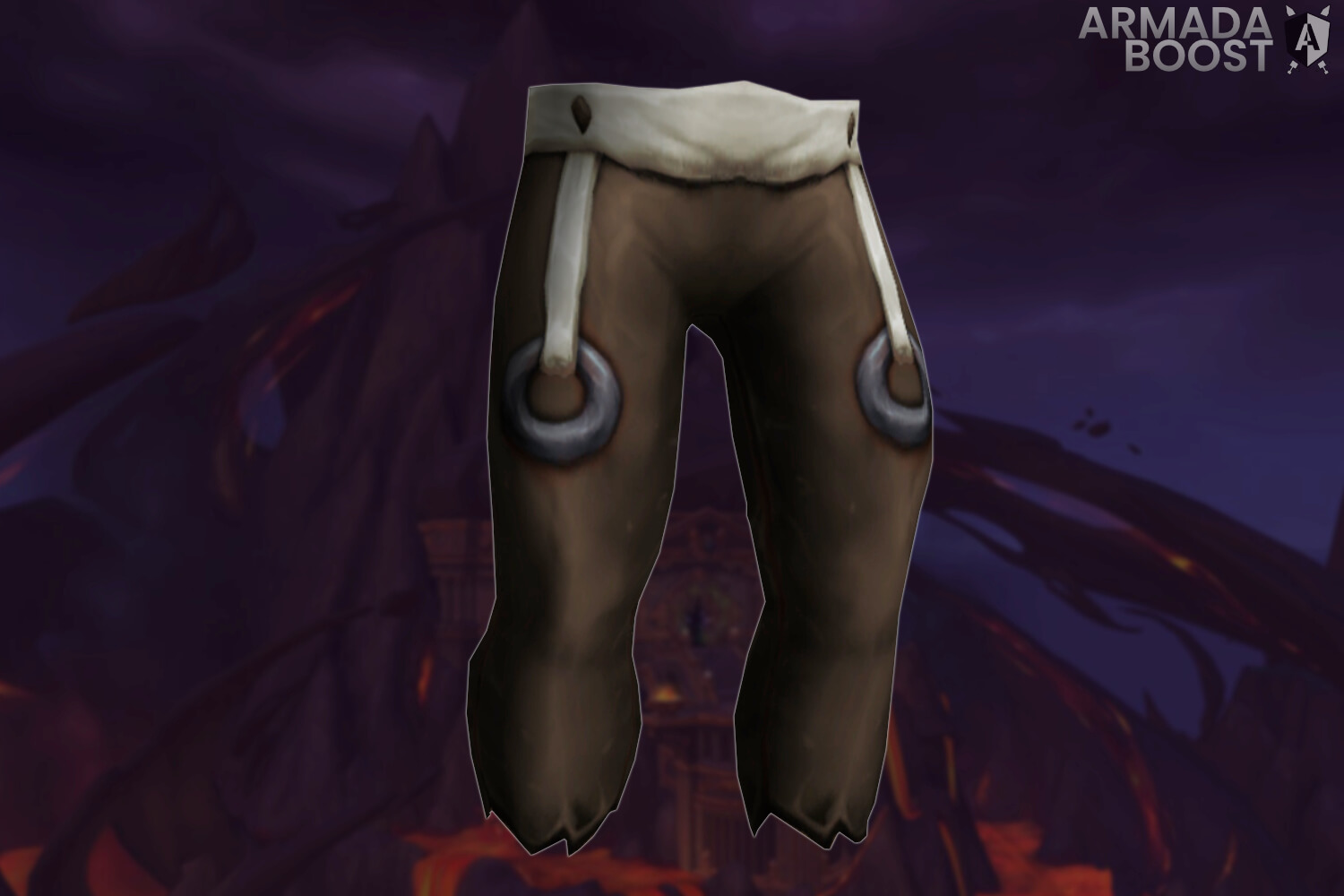 These leather trousers will fit any druid, rogue, monk, or demon hunter, regardless of their spec. Melee combat specs (tanks and DPC ones) will get agility, stamina, haste, and versatility, as well as 2 prismatic sockets. It applies to feral and guardian druids, all specs of rogue, brewmaster and windwalker monks, and both specs of demon hunter. Support and caster DPS specs will get intellect instead of agility. In particular, it affects balance and resto druids, as well as mistweaver monks. 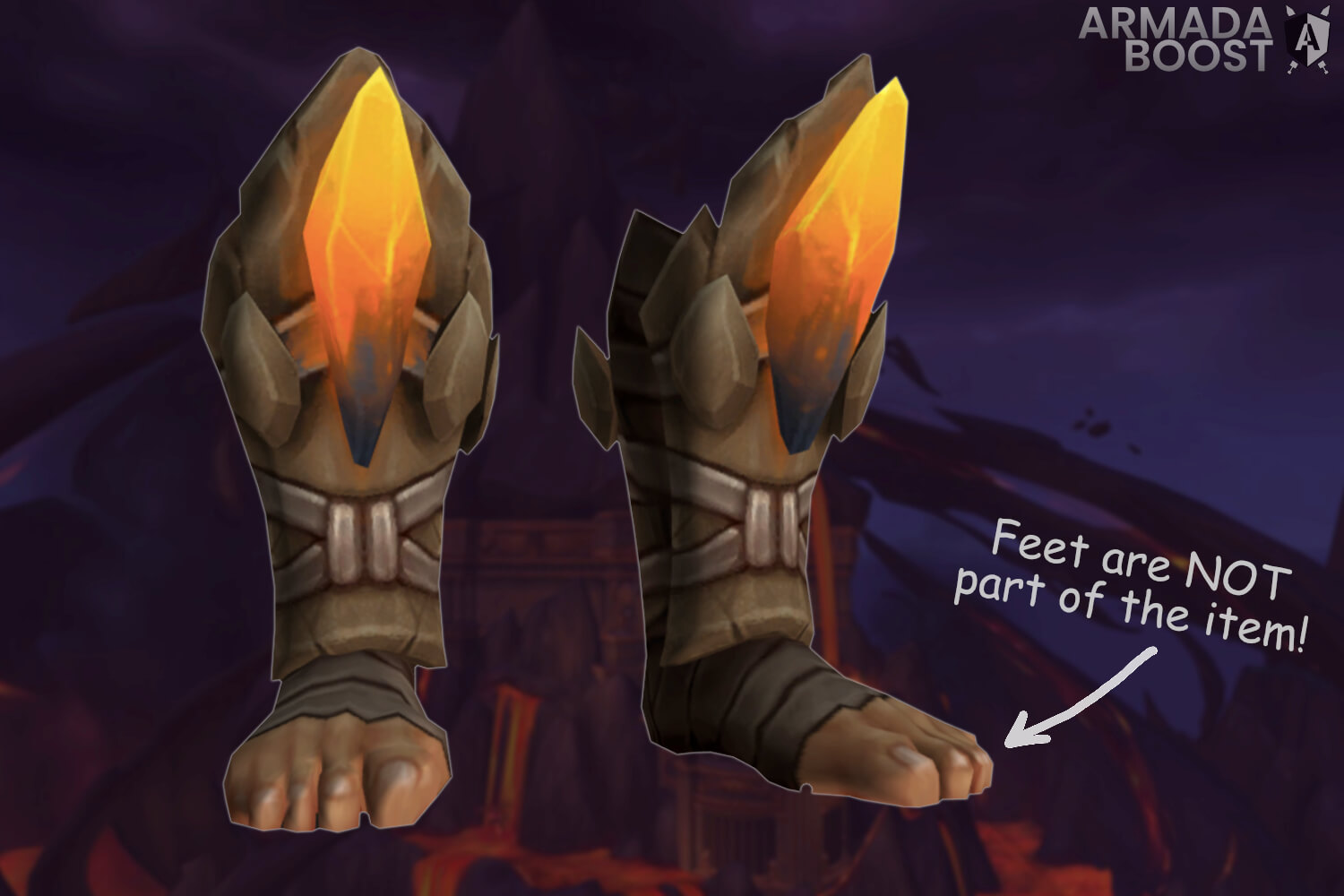 These boots will suit your caster greatly. The 3 classic cloth wearing classes will find it effective for any specialization: mages, priests, and warlocks. Stats remain the same for both DPS and support specs: intellect, stamina, haste, and mastery. 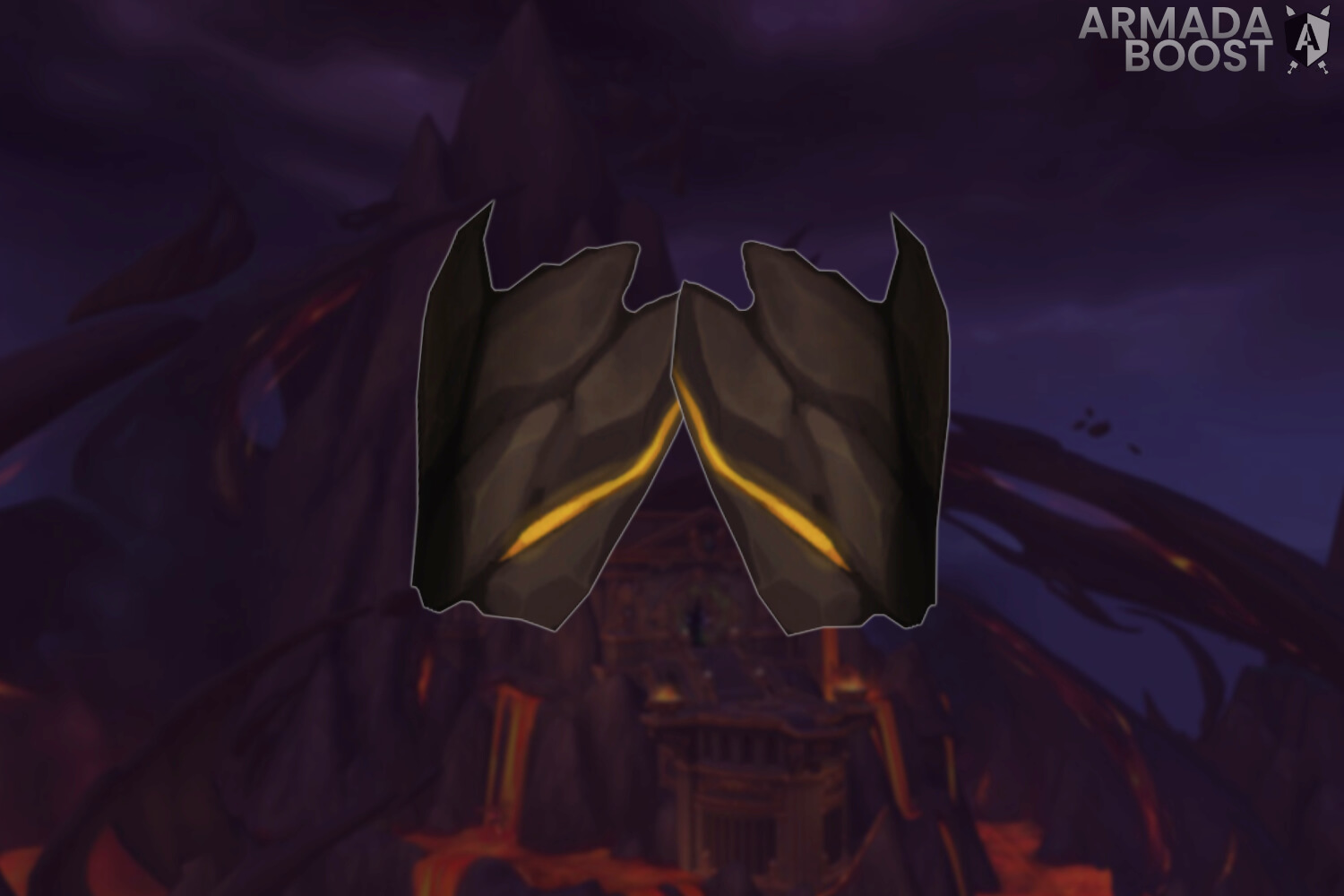 These wrist bracers are a perfect match for any warrior, death knight, or paladin. Unless you're a holy paladin, you'll get the following bonuses with this item: strength, stamina, critical strike, versatility, and 2 prismatic sockets. So that means that whether you're a tank (blood dk, proto paladin, proto warrior) or a melee DPS (frost or unholy DK, retribution paladin, arms or fury warrior) – you still get the same stats. That's nothing new for minor slots like wrist but still. Holy paladins get only change: they get intellect instead of strength.

Raszageth has 2 trinkets for you to choose from. One of them is mainly for casters, while the other can be found useful by anyone. Are they really good? In our view, they are average. Not really bad, not really awesome. However, some of you might find them fitting to your playstyle, so check them out anyway. 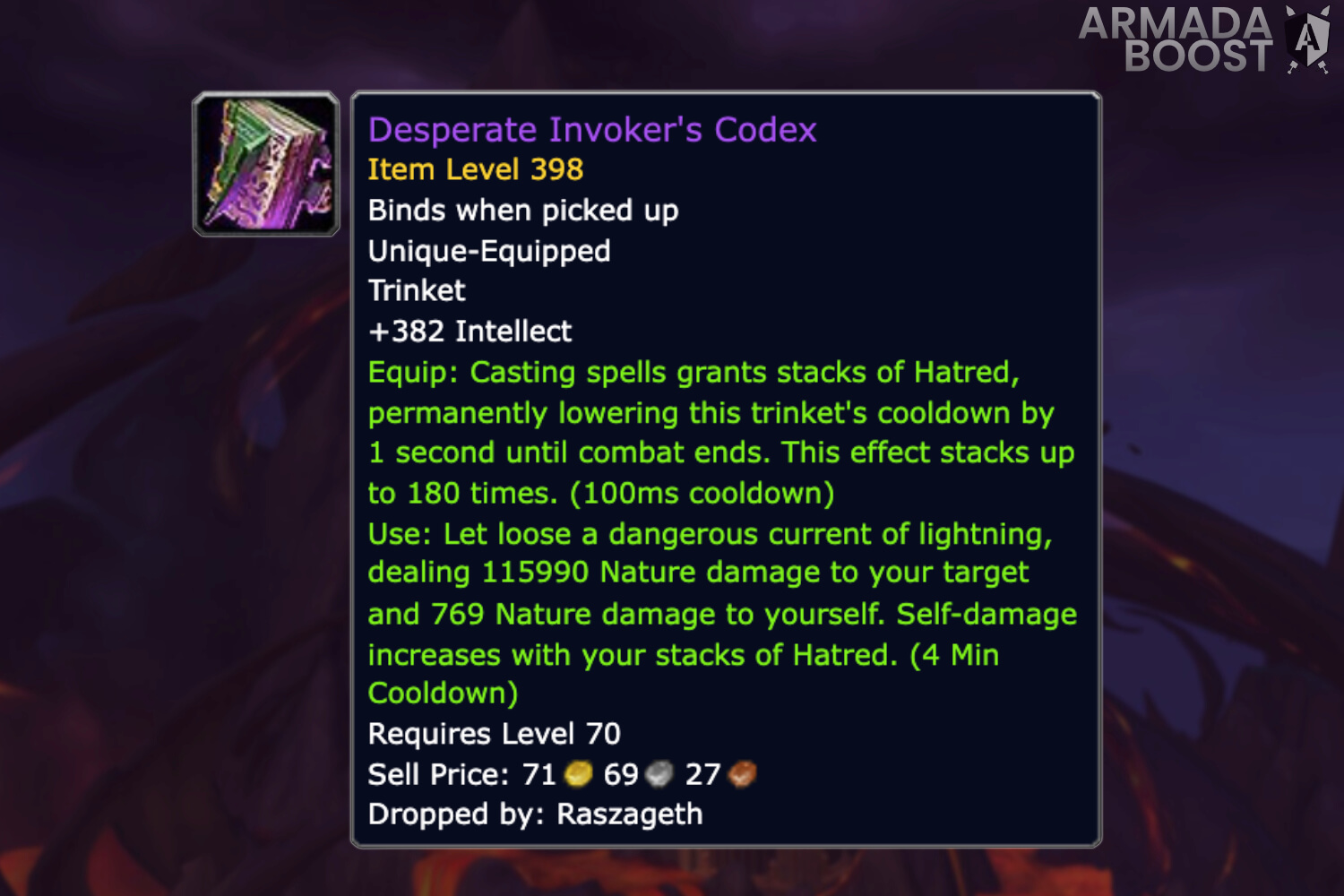 This trinket is perfect for casters. Its only stat is a solid intellect bonus but it also offers 2 prismatic sockets and a couple of passive and active effects. Let's start with the active effect as its passive effect wouldn't make much sense without understanding the active one. Every 4 minutes you can throw a lightning bolt to your target dealing lots of damage to it – but also little damage to yourself. The passive effect lets you reduce the cooldown of the trinket up to 1 minute. You reduce the cooldown by just casting spells and getting stacks of the Hatred effect. Not only Hatred reduces the cooldown of the trinket, but also it increases the self-damage done with it. So it looks like a decent damage burst to use during boss fights. However, self-damage doesn't look like an advantage. Although it can be easily healed by your fellow healer, they will hardly enjoy extra tasks during a boss fight. 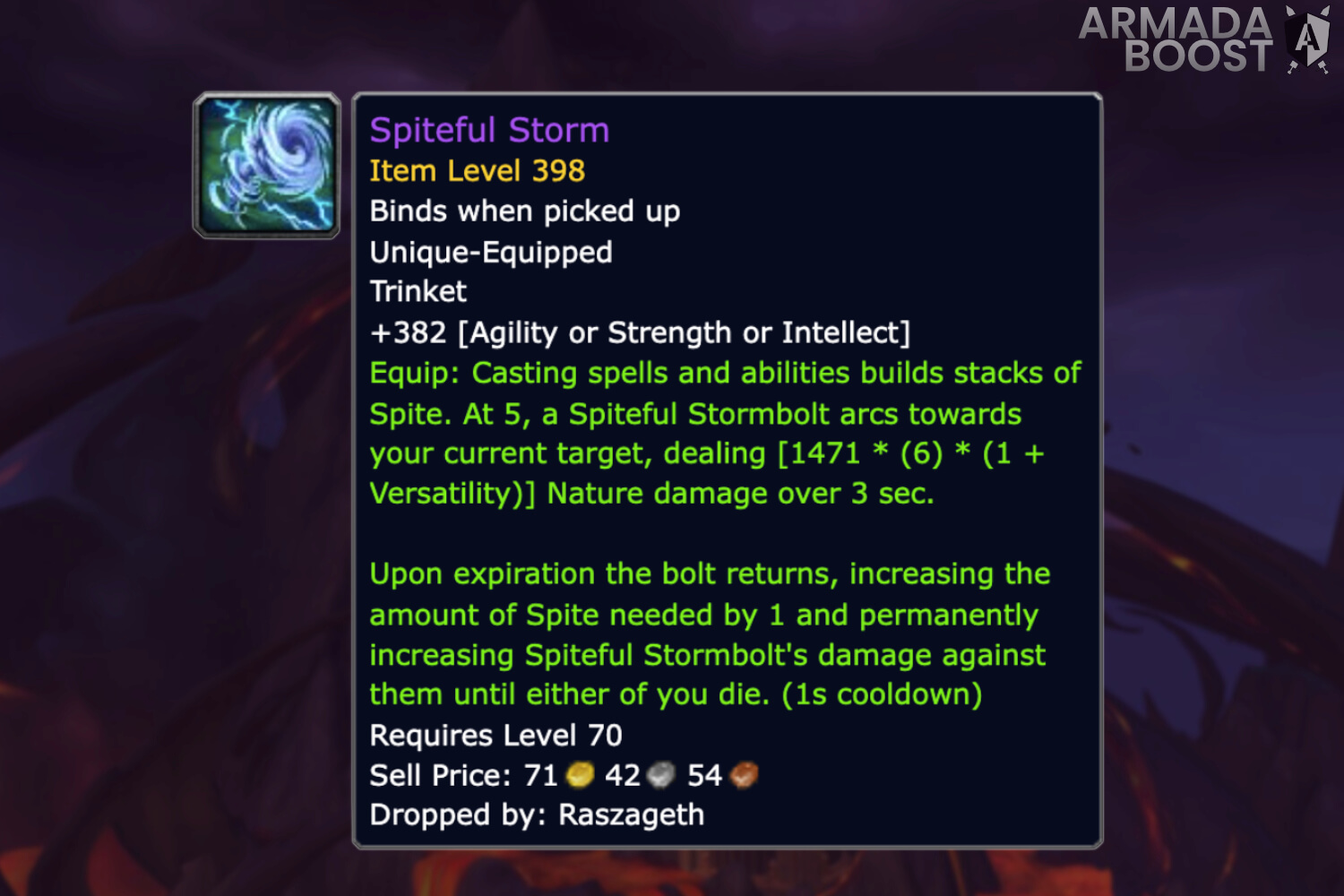 This is a peculiar trinket. It can be used by basically anyone. You'll get an increase in agility, strength, or intellect with it, depending on your class and spec. You will also get a passive bonus that will make each of your spells and abilities create a stack of the so-called Spite. As you get 5 Spites, you cast a Spiteful Stormbolt that deals damage over time (3 seconds) based on your Versatility. The Spite returns to you as the 3 seconds expire and you'll be able to cast another one only after 5+1 more stacks. And the amount of spites needed for a cast will increase by one each time it gets back to you. But it also has a good part: the damage of your spite cast increases permanently with each return. "Permanently" here means that until either you or your target is finished. So don't expect this damage increase to remain after the fight. Unfortunately, it doesn't work this way.

Finally, the sweetest part: cosmetic items. It's not about stats or effects anymore – just eye-candies to enjoy. And trust us, it's really something this time, as the Raszageth's only cosmetic item is a renewed proto-drake skin. It's called "The Embodiment of the Storm-Eater" and it turns your tame proto-drake into a little version of Raszageth! 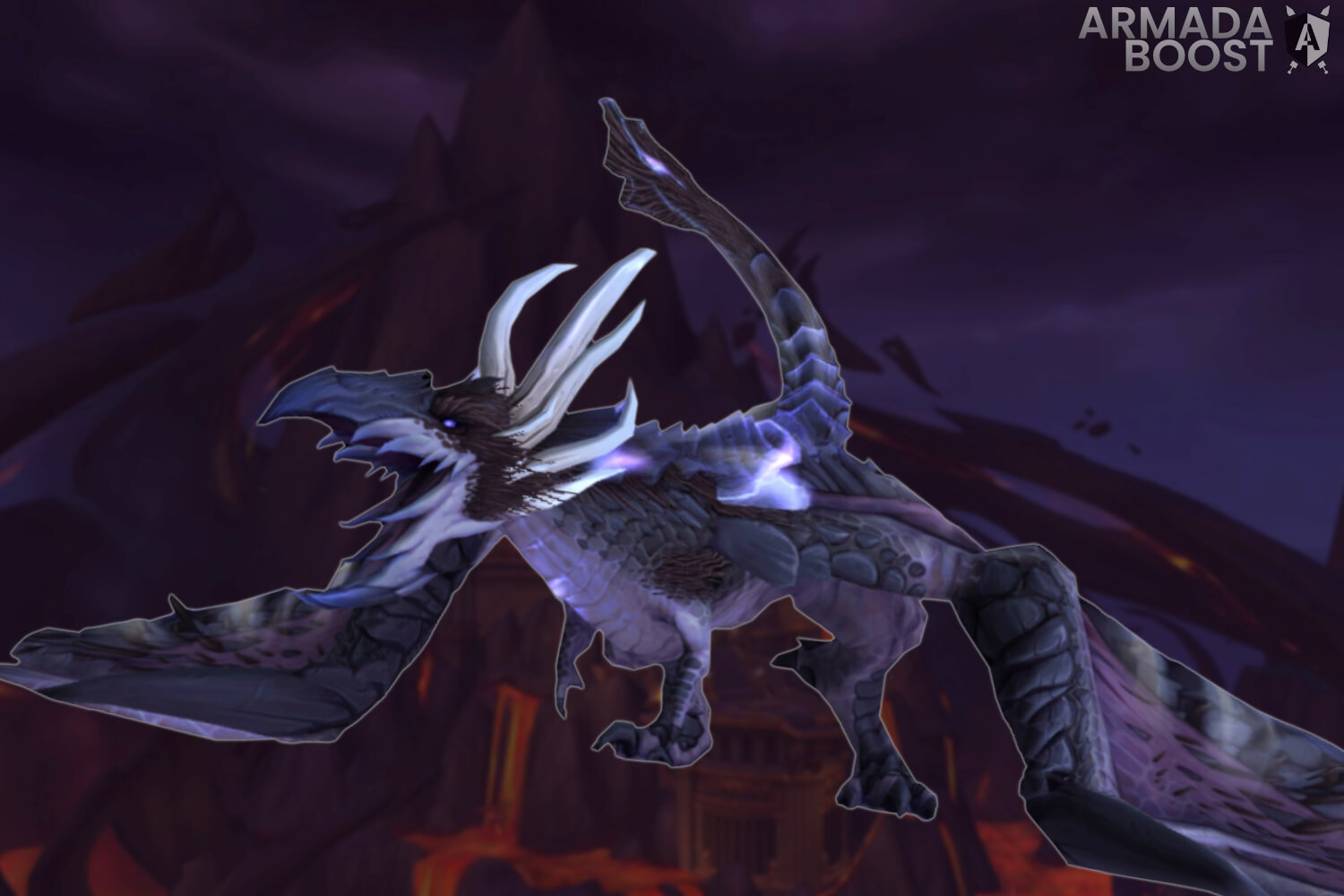 The best part is that you can actually get it from any difficulty, except, perhaps, LFR (as usual). Before the raid release it was believed that this skin is some sort of a Mythic-only reward but it's not: anyone can get lucky and get it during a raid run! And as usual, our pro team can help you with that – we've got a dedicated service for unlocking this skin for you!
View Raszageth Proto-Drake Skin unlock boost
***
So that's about it – that's all the swag that the last boss of the Vault of the Incarnates has for you! That might not be the best last boss' loot table ever but it still has some great pieces, some of which are the best of its kind during the first content cycle of Dragonflight. Regardless of which of them you need for your character(s), we can help you obtain them! Our pro team will handle the VOTI last boss fast and easily. You will only need to enjoy the rewards – no other effort is required! So check out our Vault of the Incarnates products to find the one that suits your needs most in our catalog! Or just get in touch with us directly to request any item from Raszageth that you need!
Browse VOTI boosts       Contact us
Share: Facebook Twitter