All articles
Kul Tirans are a peculiar race. They are definitely not for everyone. But their aesthetics is the freshest in WoW. Based on many European cultures, it's unique for the game.
Great kingdom that mastered the ways of the sea. Civilized people that are also superstitious and traditional. Does it not remind us of Great Britain, Holland, France, and others? In the typical WoW manner of exaggerations, of course!
The very idea of them being druids sounds astonishing. Before you see how masterfully well it's brought to life. Behold most amazing Kul Tirans druid forms!

When a tree stump is not a stump, but a bear. Kul Tiran bear form is definitely terrifying — spikes and skull. They are more sticks and stone here though, but it's shape that matters. Truly pagan look and a great way for a tank to be formidable. 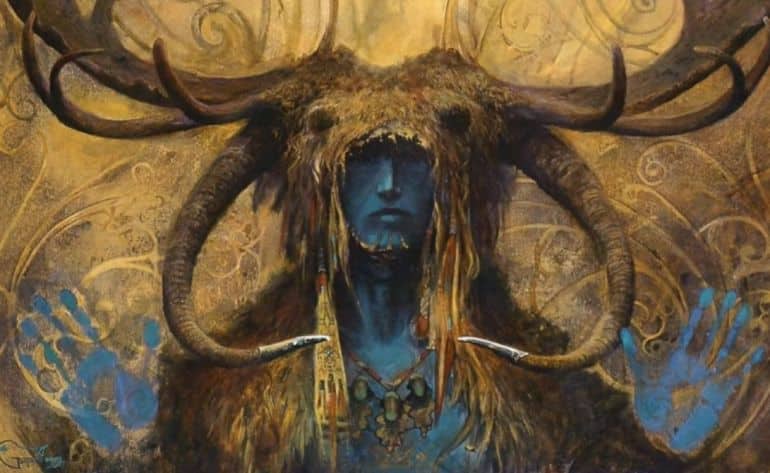 The exact origin of the Kul Tiran bear form remains not that obvious. That might be a combination of the depictions of Artio, the Celtic bear goddess, and another Celtic god Cerunnos (image above), who might have been the inspiration for Cenarius too.​

Oh, look, another druid cat form that doesn't look as if it could let you pat it. Well, considering the aesthetics, what else would you expect? This creature comes directly from nightmares. And that's your new advantage! 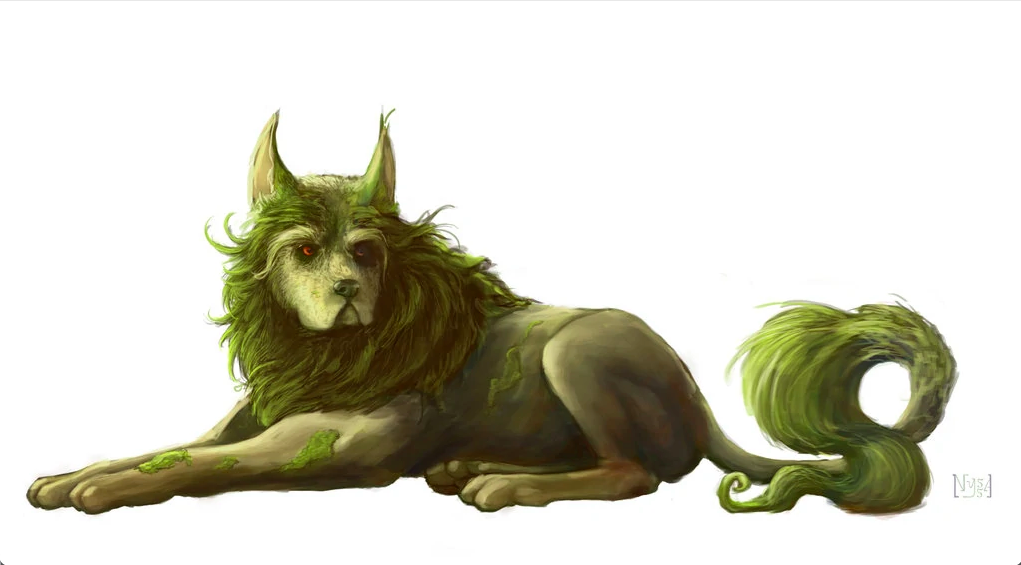 Surprisingly, the closest creature to the Kul Tiran druid cat form is based on a dog. Cu Sith, a huge yet silent assassin, roamed the Gaelic highlands — might still do! Harbinger of death, this canine shared a trade with your feral druid.

The Kul Tiran moonkin druid form is a perfect fit for the race. They remain huge and plumpy even as bird-like humanoids. A rare combination of clumsiness and terror! 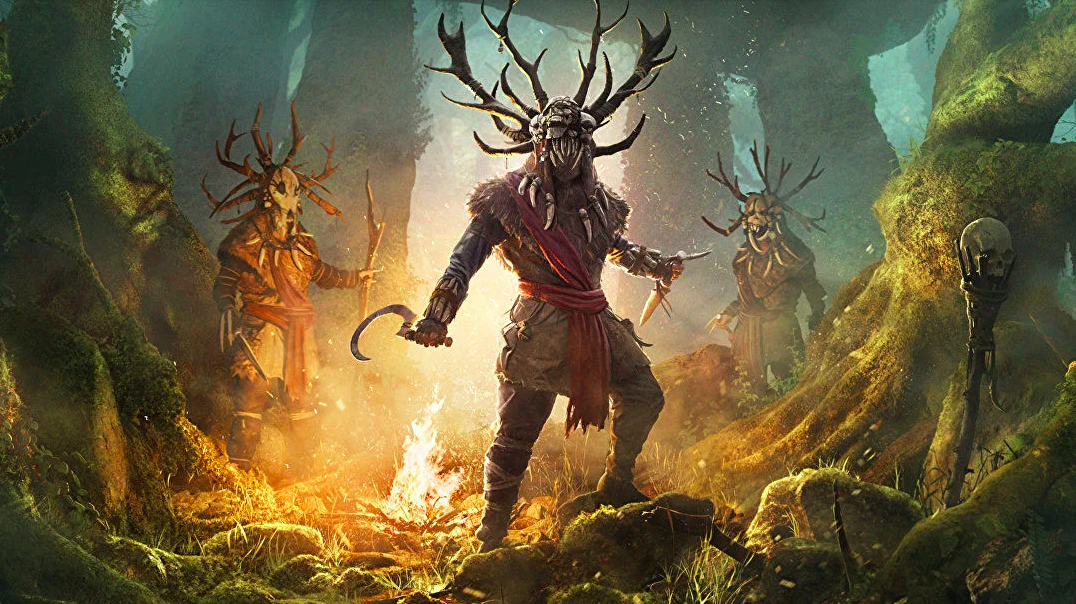 Most likely, the origin of the appearance comes from the Celtic paganism. Druids of numerous cults sported capes with hoods and decorative horns. Horns were a symbol of many things, including the Horned God, which is now one of the central deities of the neopaganism culture. And the bird head undoubtedly refers to ravens, which were significant for the ancient cults as birds of war, death, and ritual.

Some people were unpleasantly surprised by the new moonkin form. They were expecting a living wicker man or some other out-of-Drustvar scarecrow. But what we eventually got was as unique and unusual as it could only get.
​
The success of the basic moonkin form was developed in the incarnate one with help of the cold green fire effects that make the creature look more sinister and less of a clumsy oaf — the very appearance boost you need to let your opponents understand that the playtime is over.

Another deer? Not really! The silhouette might be familiar, but the content is peculiar and fresh. Even though the word "fresh" is not exactly the first thing you'd come up with to describe the general feeling its appearance gives. This creature might be not compleely alive, but it's definitely not inanimate.

The Kul Tiran druid travel form might be loosely based on the creature from the movie "The Ritual" (2017). Although it takes place in Scandinavia, the way the beast looks is pretty much same very pagan as the rest of the Kul Tiran forms. But, well, this one must be the most terrifying among them.

Such might be a crow of a plague year. So grim, so eerie — so awesome! Imagine scaring the hex out of players, while farming herbs! 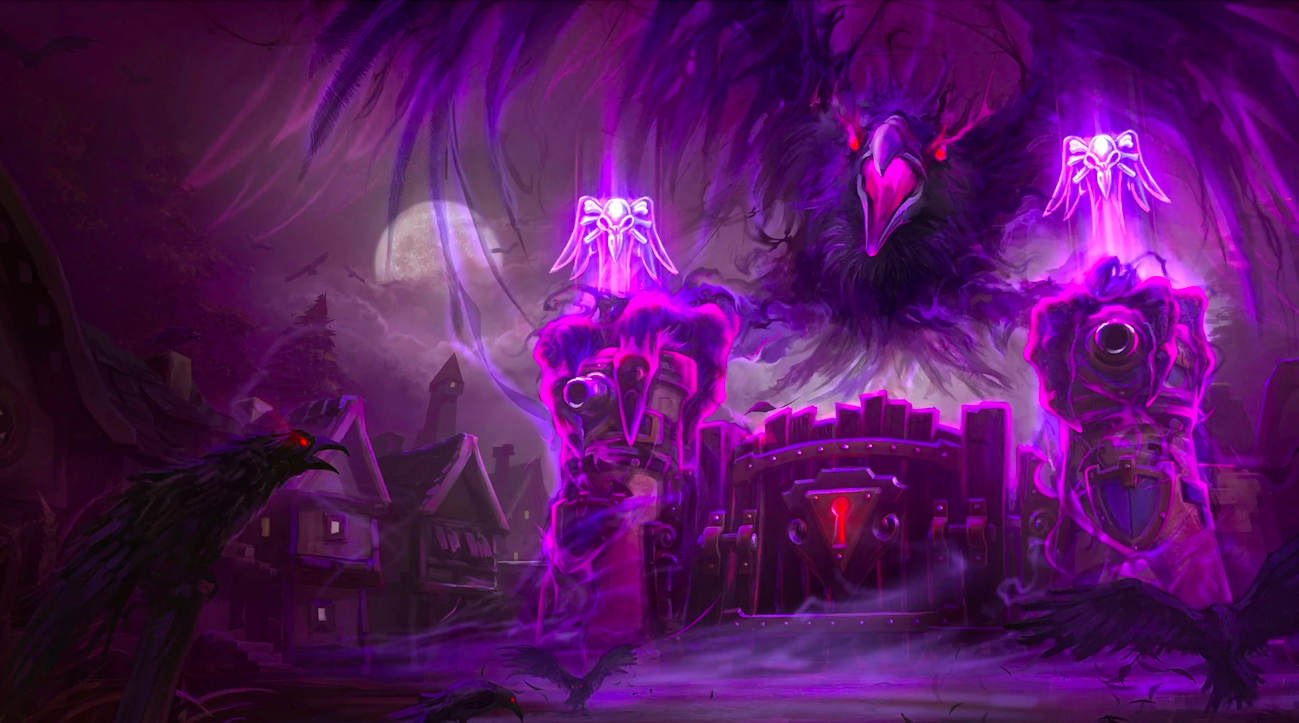 The Blizz love birds and mainly owls, but look how much attention crows get! The Kul Tiran druid flight form is hardly a reference to some exact thing, it's more about the general aesthetics of the Celtic paganism with a little addition of Gothic. Oberon would approve!

Who would expect a zombie walrus here! But it's really the most sinister-looking sea mammal you can find. The monster of the cold waters, no fisherman would be happy to have you in the net! 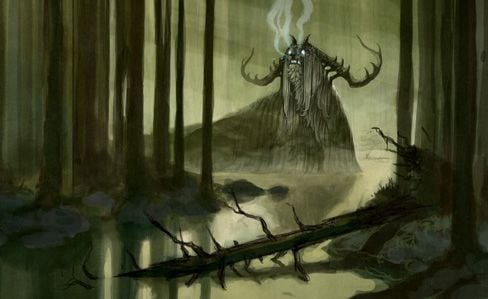 Inku Turso is where the Kul Tiran aquatic form might come from. The Finnish monster is the Northest the Kul Tiran aesthetics has got yet. But it still works surprisingly well with the other forms!

WASTE NOT ANOTHER MINUTE

All those amazing Kul Tiran druid forms can become yours, if you unlock the allied race and level up a druid. Sounds like a difficult thing though, doesn't it? All that reputation farm, quests, war campaign, and after that a 20-120 leveling.
Don't worry, ARMADA makes it so much faster and easier for you – check out our awesome offers for Kul Tiran human race unlock and Kul Tiran human leveling.
Become the wrath of the pagan gods!
Learn more about Zandalari druid forms
Explore more Allied Races boosts
Have a question? Feel free to contact us!
Share: Facebook Twitter