Is boosting in World of Warcraft safe? The answer might surprise you

All articles
Boosting in WoW makes lives of thousands of players so much easier. You can speed up your progress, defeat a raid boss that you’d never slay on your own, and do so many other awesome things. But boosting has always had a downside: not everyone is a fan of it. And we can disregard the opinion of certain entitled hardcore players who have no other things to do in life but to play games. Yet the opinion of the game’s developers is much more important here.
Blizzard haven’t been enthusiastic about boosting since day 1. They have publicly condemned the practice multiple times and conducted the so-called "ban waves", suspending thousands of accounts as a warning to others.
However, boosting is still here almost 20 years after the game’s release. Could it survive all that time if it wasn’t actually popular and safe? Let’s talk about it in detail and see if WoW boosting holds any significant risks that you should be aware of.

Boosting is legal (except in Korea) 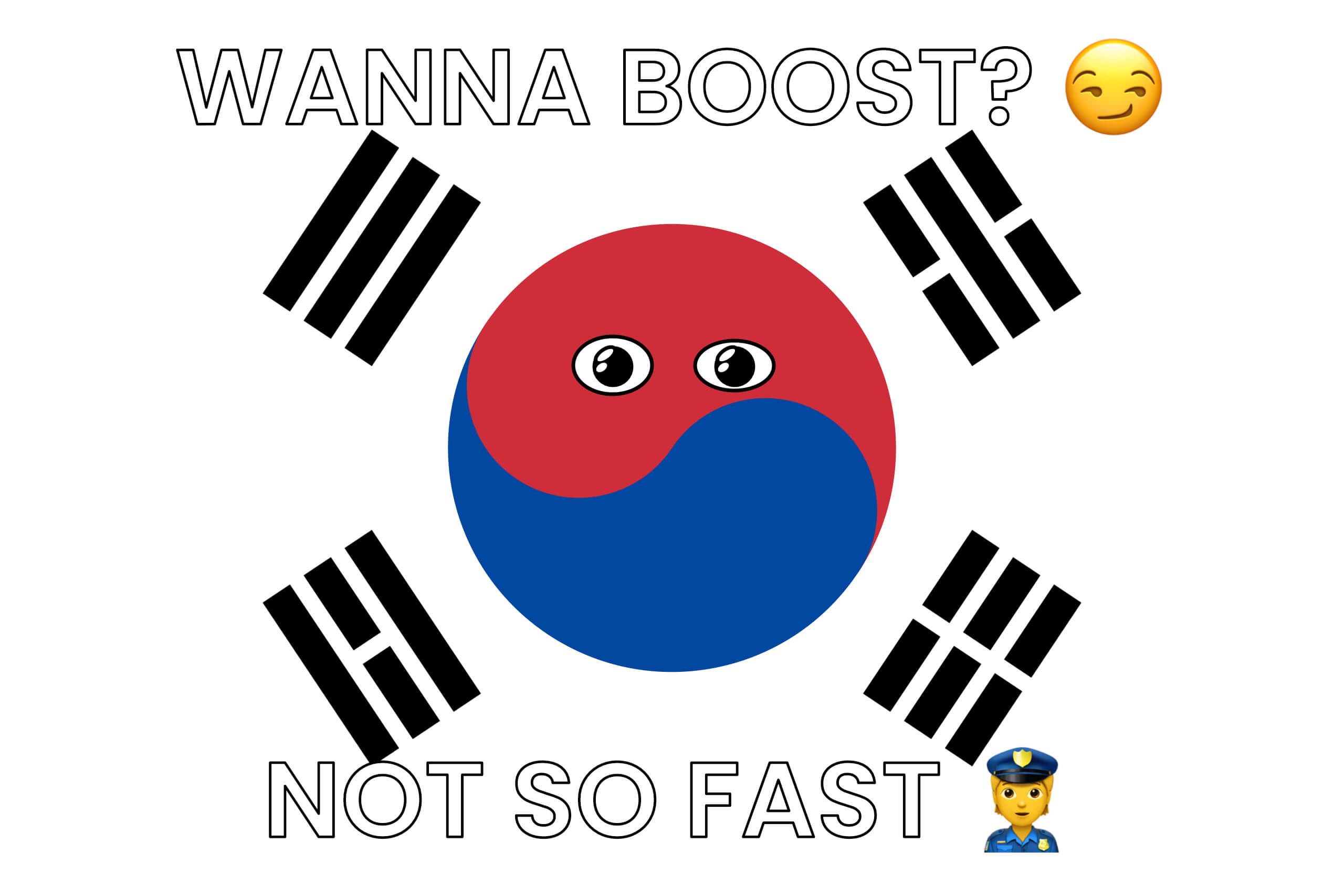 First of all, let’s put one of the biggest myths about boosting aside. Boosting is legal. You don’t break the law by buying boosts. You don’t even break it by selling them. Boosting is perfectly legal and no one will ever sue you for taking part in it in any way.
There are certain exceptions, of course. If you live in South Korea, you better double check your country’s regulation regarding boosting. Some forms of “carries” are illegal there, so you better know what you are doing and whether you’re crossing some lines with it.

Find terms of service here
The terms of service is a document containing rules of how players should behave. Blizzard set the rules that they think are good for the game and the community (and their profits, of course) and if you abide them, everything is good. If you break some of them, various penalties might be applied to your character/account. They vary from a particular chat limitation to a permanent account suspension  (basically, it gets deleted).
Boosting doesn’t necessarily violates the terms of service. There are types of it that definitely go against some of its points (PvP carries at the highest rankings does), but it’s not the case with them all. For example, taking a person to a raid for a carry is fine, if you pay for it with gold. Or if you don’t pay for it at all – say, it’s a present or something. But if it becomes known that some money has changed hands in the process, it’s no longer fine by Blizzard.
But that begs the question: how would they know? Is there a way for Blizzard to figure that out? In fact, no, there’s no way for Blizzard to know that. And most of the time they just don’t care. It mostly matters when such activity becomes too obvious: for example, a guild master yells in the capital: “WTS raid carries for $50”. Now that’s going to escalate for sure. Other than that, risks remain pretty low.
However, things are a little different for high-end boosting. If you want a gladiator rank or if you want to beat a Mythic raid soon after its release, or if you’re aiming to complete a Mythic Plus dungeon at an outrageously high key level, you better take extra precautions. Experienced pro players know how to cover the traces in such environmentsv – and we have plenty of such professionals. You can be sure that your risks with us are low even when you’re looking to get the highest rankings and the best rewards in the game.

Bans are rare and happen mostly to carries 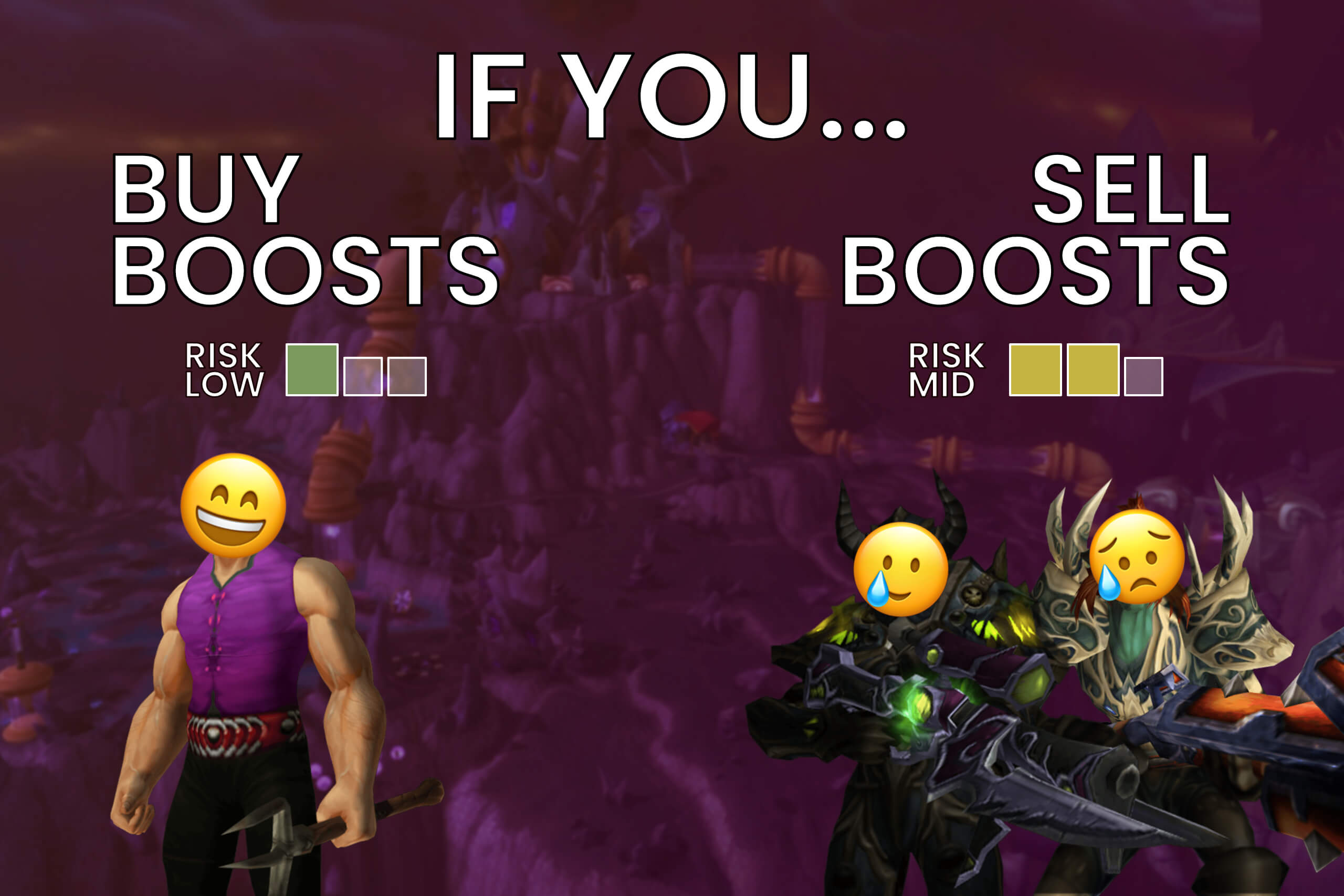 In fact, customers of boosting services don’t run the biggest risks in this industry. Blizzard don’t care much about them and if your account ends up being suspended, it’s just some really bad luck. The biggest hit is always taken by boosters – bans happen to them much more often than to their clients.
And by “much more often” we don’t mean that they happen every day. They usually happen during the so-called "ban waves" that occur every half a year or even rarer than that. Not all regions have them: European servers don’t have regular ban waves. North Americans ones do have them though but they are still not very dangerous to those who buy boosts.
If a guild gets too smug and starts acting reckless in their boosting operations, the chance of them getting suspended increases. The whole roster can get banned and it will take them several months to recover. That’s why it’s important to do business with professional guilds only – they tend to act smart. ArmadaBoost hires only such teams because we care about safety of both customers and employees.

So what's the takeaway? Is boosting in WoW safe?

So if you only buy boosts and don’t sell them, you shouldn’t really worry. The risk of getting banned for boosting for you is pretty much the same as with getting banned for mass reporting from toxic players. There’s of course a chance of it happening but that chance is slim at best.
If you stick to the best safety practices, you will reduce those risks even more. For example, never discuss boosting in a game chat – there’s Discord, Skype, and other messengers for that. Never buy boosts from fishy companies even if their offer looks like an absolute bargain. You’ll pay twice as much for recovering your character after they do something wrong with it. And so on: there are many things to consider when dealing with something as delicate as game boosting. It's not rocket science though, so you’ll come to grips with it pretty fast.
If you have any questions about boosting, whether it’s really safe, and if there are some extra risks for exactly your case, you can always hit us on Discord, Skype, and other messengers and ask your questions. Also, if you need some help in WoW, we have a vast catalog of services that only experienced professionals take care of.
Browse catalog     Contact us
Share: Facebook Twitter