How to Unlock Heroic Mode for TBC Dungeons?

All articles
Unlike in the modern WoW, the original TBC Heroic dungeons required a special access to enter. And not just a special access, but numerous special accesses, since TBC dungeons were divided into several groups each of which had their own requirement. Basically, those requirements could be summed up in just one word: 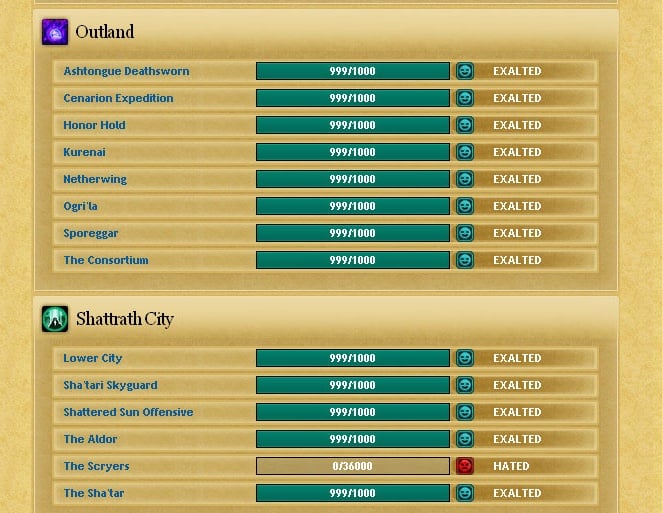 Oh, this sweet word – it's notoriously too well-known to anyone who spent at least a month at the max level in WoW. In TBC you will have to improve your reputation to Revered with 5 factions to unlock all the Heroic dungeons. The good news is that with further patches the required reputation will be reduced to Honored. The bad news is that you'll still have to grind the reputation on all your alts. Now that's some Classic experience for real!
Let's take a closer look at what dungeon groups there are, what you have to do to unlock Heroic modes there, and what is the most effective way to do that. 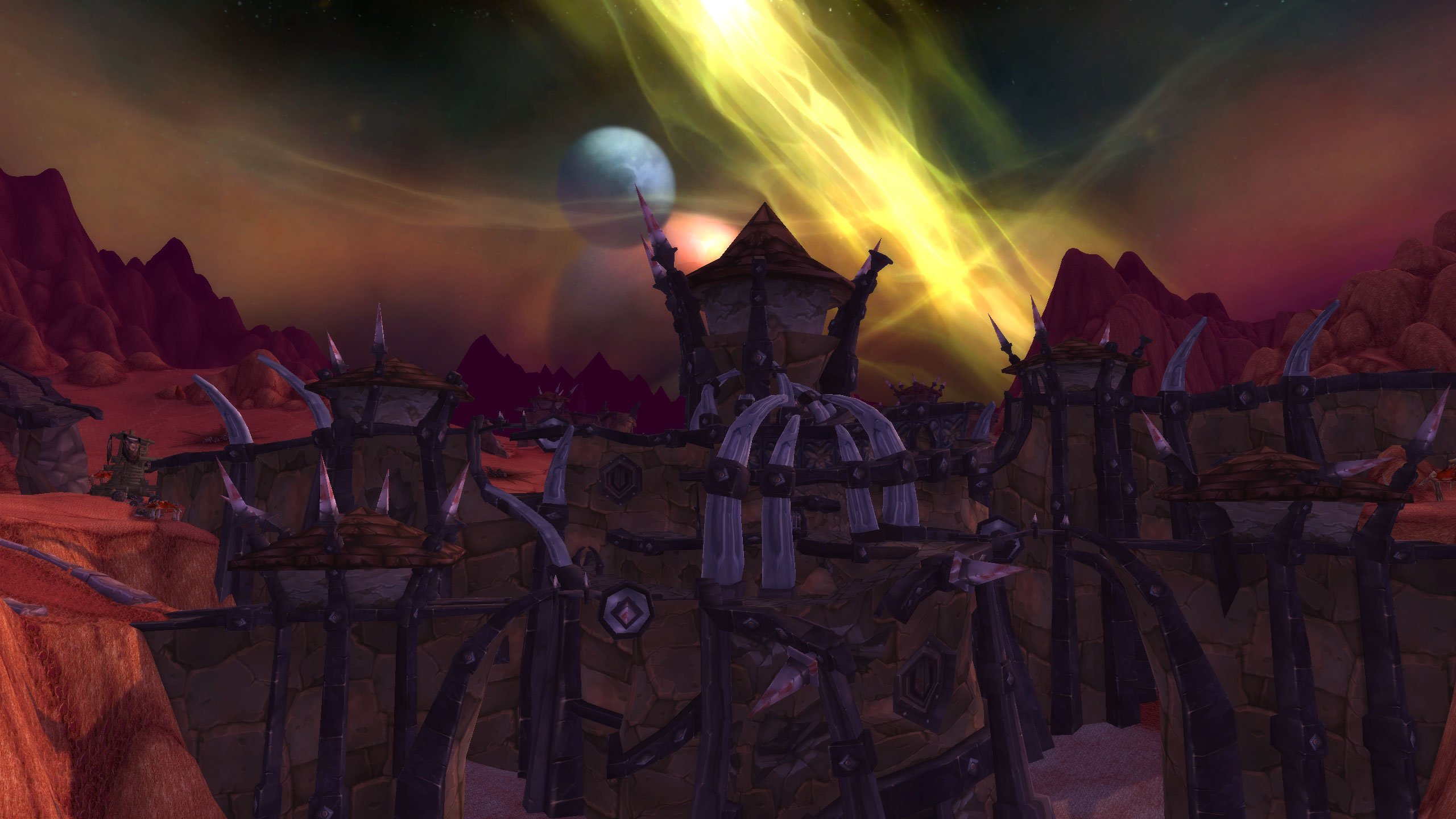 Dungeons: Hellfire Ramparts, Blood Furnace, and Shattered Halls
Faction: Honor Hold (Alliance) or Thrallmar (Horde)
Zone: Hellfire Peninsula, Outland
How to farm the rep: You will most likely do lots of quests with these factions during your leveling through Hellfire Peninsula, the first TBC zone that you'll be exploring. The leveling quests will get you to (almost) Honored.
To further improve your reputation you'll have to wait till level 68, when you become elligible for the hardest dungeon of this bunch – the Shattered Halls. There you'll get rep for killing mobs and bosses. This dungeon, however, requires its own special key (we can help with that).
Before starting the Halls we recommend using the Thrallmar/Honor Hold Favor item that increases the rep gain for 30 minutes. It can be purchased with special Marks awarded for PvP daily quest.
The daily PvP quest Hellfire Fortifiaction is available for both factions and requires capturing 3 objects. Remember that the other faction's players have that quest too, so you can easily get ganked while doing it.
If you skipped the quests during leveling, you can instead spam 2 low-level dungeons: Hellfire Ramparts and Blood Furnace. Killing mobs and bosses there will give you reputation until you almost reach Honored. And we mean this almost: you'll stop getting reputation in those 2 instances as soon as you get 5999 out of 6000 Friendly reputation points. It means that you'll be 1 point away from Honored – to close that gap just complete the daily PvP quest that we mentioned above. 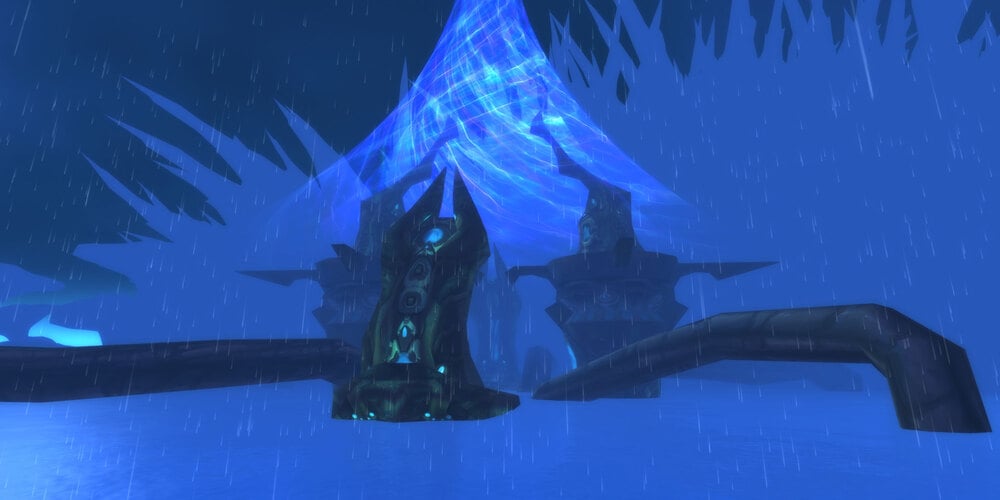 Dungeons: Slave Pens, Underbog, and Steamvault
Faction: Cenarion Expedition
Zone: Zangarmarsh, Outland
How to farm the rep: Try avoiding any Expedition's quests except for one: Uncatalogued Species. It's a repeatable quest that gives you 500 reputation points every time you turn it in – but only until you reach Honored. And there's a twist: you will stop getting the quest as soon as you hit Honored, but you will still be able to turn it in. So try saving several turn-ins until after you get the Honored rep.
To get this quest you'll have to farm the so called Unidentified Plant Parts which can be found all across Zangarmarsh.
Additionally, you can have some runs to Slave Pens and Underbog – killing mobs in these 2 instances also gives you rep. But just like with Honor Hold/Thrallmar, this source of reputation only works until you get 5999 out of 6000 Friendly reputation points.
After you reach Honored start doing regular Expedition's quests: those can be found all around Zangarmarsh, as well as in some parts of Hellfire Peninsula, Terokkar Forest, Blade's Edge Mountains, and Netherstorm.
Also, do the Steamvault dungeon (better wait till level 70 before doing it). There you'll collect Colifang Armaments from mobs – you can turn them in and get 75 rep each time you do that. 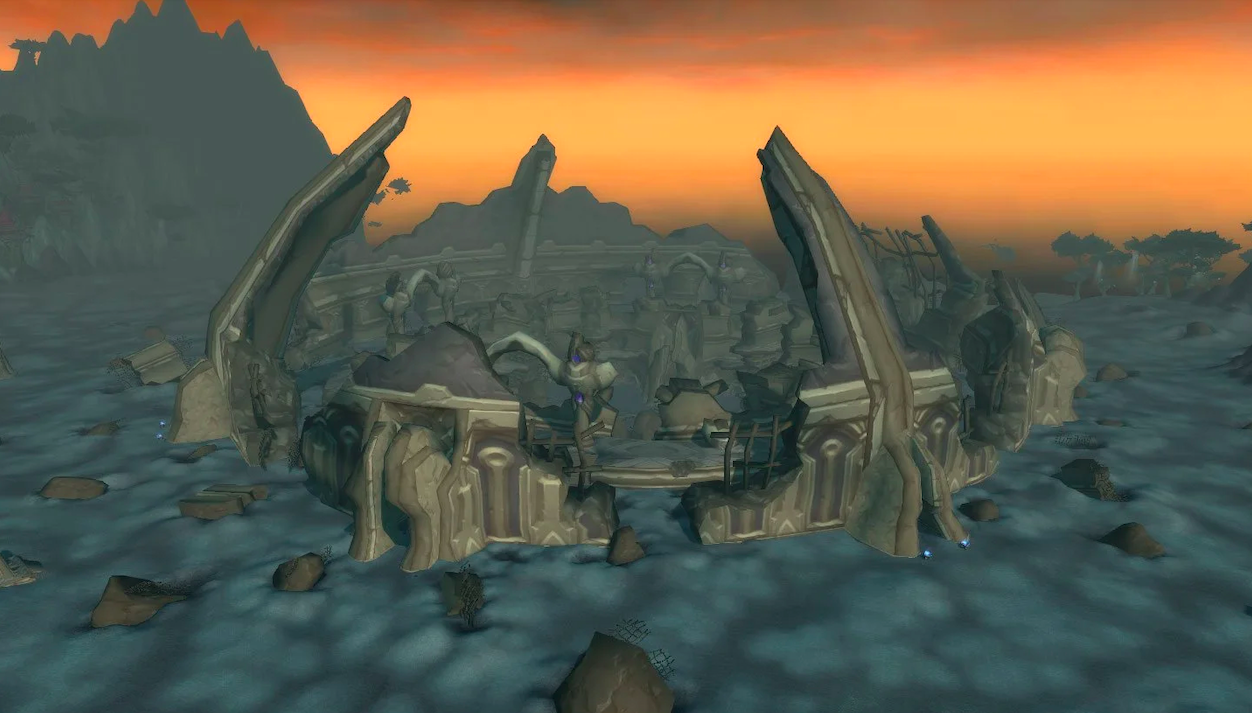 Dungeons: Mana Tombs, Auchenai Crypts, Sethekk Halls, and Shadow Labyrinth
Faction: Lower City
Zone: Shattrath, Terrokar Forest, Outland
How to farm the rep: Best ways to reach Honored is doing the Auchenai Crypts dungeon and turning in Arakkoa feathers – More Feathers quest can be done multiple times.
After you reach Honored, start doing higher-level dungeons like Sethekk Halls and Shadow Labyrinth. They give a pretty decent amount of reputation and it won't take you too long to reach Revered. You don't even need to hit level 70 to do that – Sethekk Halls is doable starting level 67. 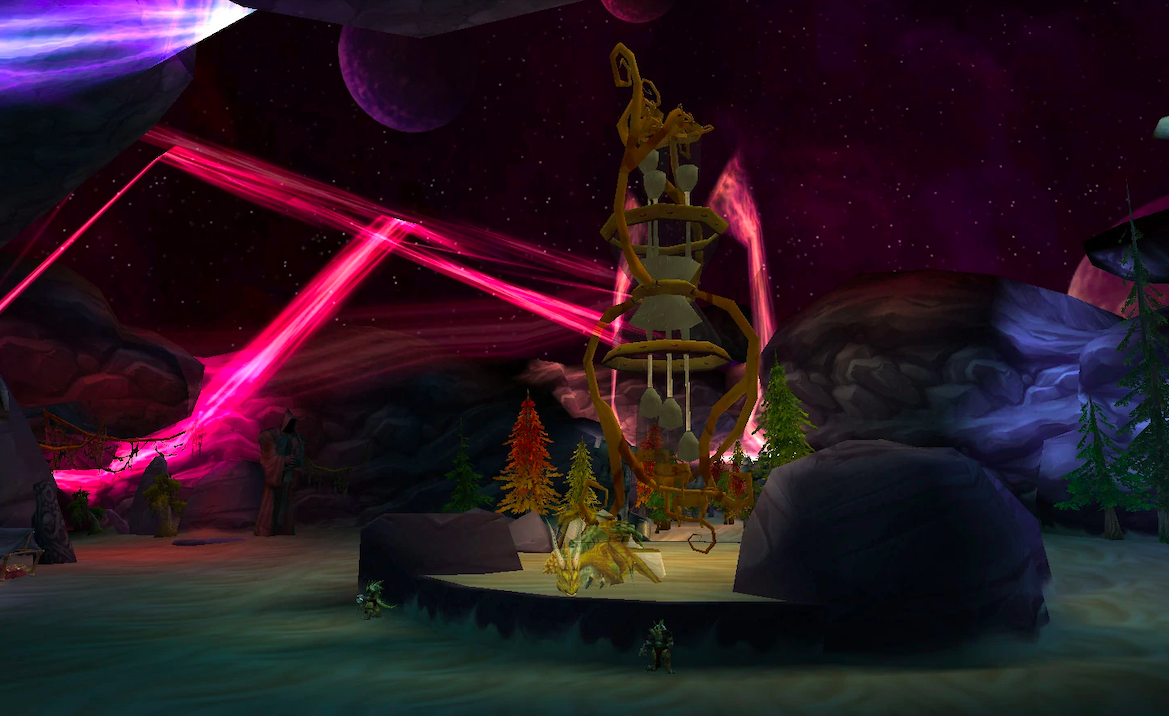 Dungeons: Old Hillsbrad (Escape from Durnholde) and Black Morass (Opening of the Dark Portal)
Faction: Keepers of Time
Zone: Caverns of Time, Tanaris, Kalimdor
How to farm the rep: At least one faction has it pretty straightforward in TBC: you can just spam the dungeons till you're Revered. Do Old Hillsbrad and Black Morass as many times as it takes to hit the required rep. The only problem is that those 2 dungeons are pretty far from Outland and you might not be always able to find a party for them. 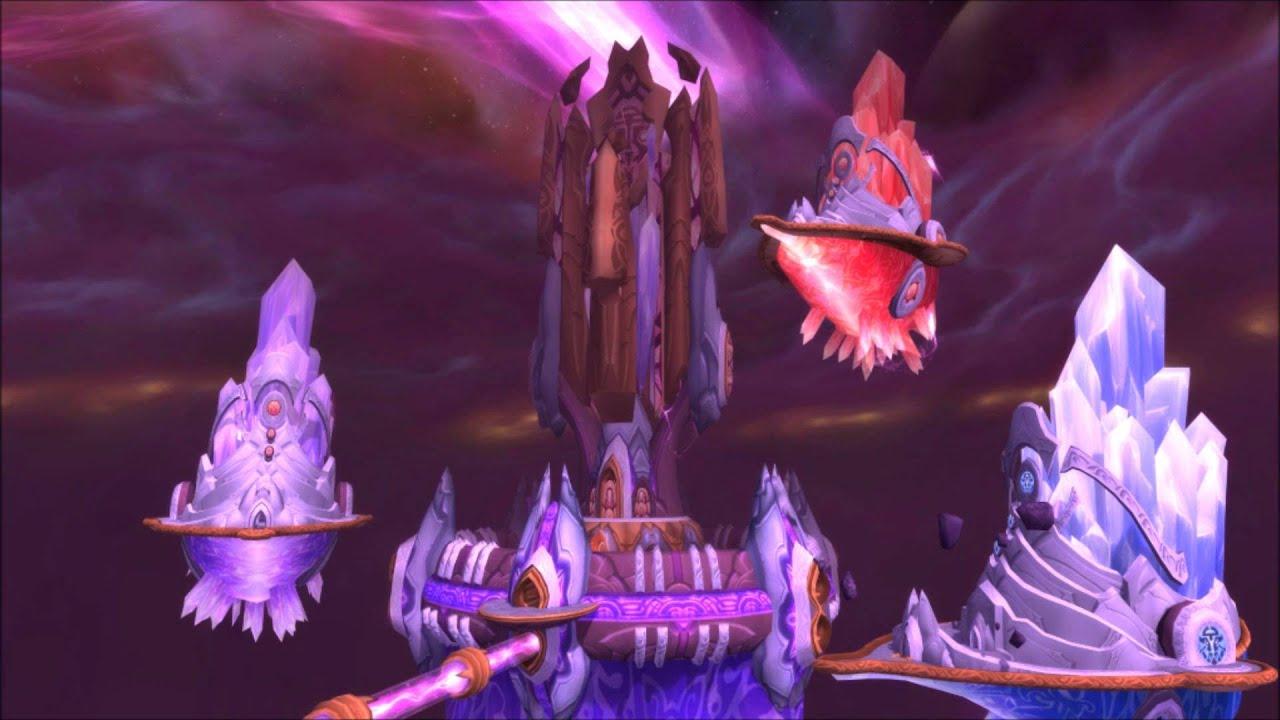 Dungeons: Botanica, Mechanar, and Arcatraz
Faction: The Sha'tar
Zone: Shattrath, Terrokar Forest, Outland
How to farm the rep: Unfortunately, the Sha'tar have few quests to offer. So you'll have to rely on dungeons: Botanica, Mechanar, and Arcatraz. They all are rather difficult even in the Normal mode and Arcatraz also has a lengthy attunement.
The good news is that you will also earn the Sha'tar reputation while doing Scryers or Aldor's quests, including the repeating ones. The bad news is that you stop getting rep from these activities as soon as you reach 5999 out of 6000 Friendly reputation points.
***
Unlocking Heroic mode even for one of these dungeon groups is not going to be easy or fast. But that's what TBC was about: it's still more of a Vanilla experience than of the modern WoW's one. So either embrace it or consider getting some help!
We have a special service that helps players get Heroic keys fast and at a great price. You can also get a bulk discount by ordering more than 1 attunement. Check it out with the link below!
Browse catalog
Have questions? ​Feel free to contact us!
Share: Facebook Twitter