Ashes of Creation – is it the next big MMORPG?

All articles
MMORPG is not the most popular genre right now and that's bad news for its fans. It doesn't mean, however, that there are no new big titles on the horizon and one of the brightest stars that lead the way is Ashes of Creation. The release date for it is not known yet but that's not a concern right now: the developers (Intrepid Studios) don't keep radio silence and regularly supply us with lots of alpha content. Hence, we can be sure that the game is in a healthy state and it's steadily moving towards later development stages including beta. So it's safe to say that Ashes of Creation will be released in a good shape (unlike some other games, right, Amazon?).
The great part about AoC is that people already care. That's the result of successful communication with the target audience done by the developers' PR team. And not just that: the game just looks extremely promising. Lots of things about it are reminiscent of older days MMORPGs and some other features are pretty unique and are possible thanks to how far the gaming industry has advanced lately. So it might be the perfect balance of what we used to like about older games and what we enjoy in games today. Let's take a look at 3 big points about Ashes of Creation that make this game so important for the genre and worth waiting for MMORPG enthusiasts. 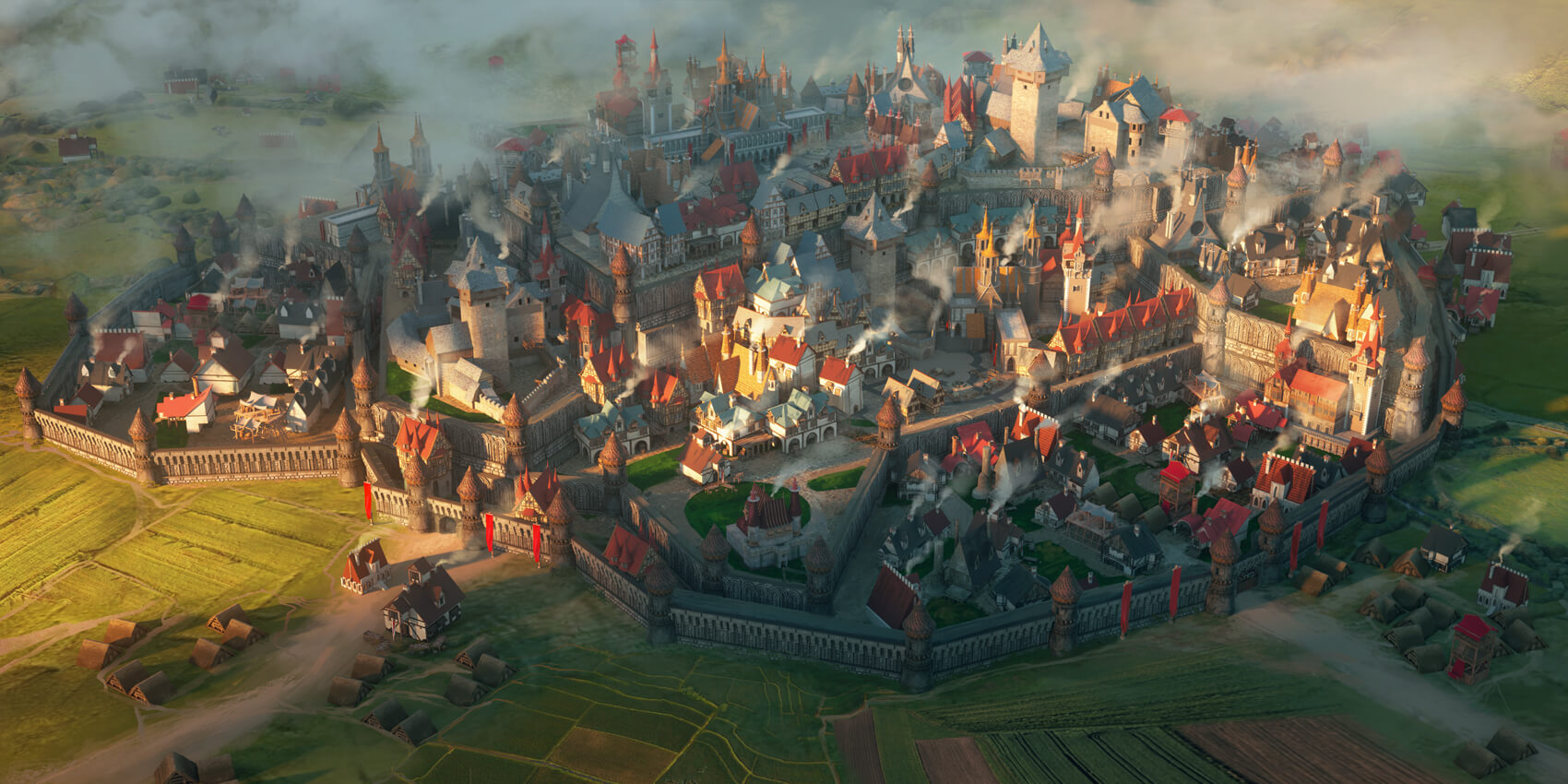 In the real world towns and cities are products of communal effort. Every settlement has a story and purpose of its own. Some of them remain small or even disappear at some point and some turn into super cities. Just consider the story of the city of Shenzhen (China) that came a long way from a fishing village to a 12-million megalopolis within just half a century. So it's only natural to make settlements one of the essential parts of an MMORPG game, since such games are focused on community interaction. And Ashes of Creation goes all in with that – that's what nodes are about.
Nodes are "points of development" located all across the world's map. That's basically the heart of a future city. At first nodes don't have much, just a couple of NPCs in the wilderness minding their business. Players can interact with those NPCs and the more players do so, the more progress the node gets. If the place is really popular with players, the progress happens pretty fast and the node in question advances to further stages sooner. There are 6 such stages:
The higher your node is in this hierarchy, the bigger and more significant it is. With this advancement nodes get new features and let players become their citizens as well as build dwellings there. Players choose which nodes to level up themselves: the game gives no guidance in this regard. It only depends on how the community wants their server to develop. That's right, each server will have their own cities and metropolises, although some coincidences are possible, of course.

Nodes have different types too. There are 4 such types: divine, economic, military, and scientific. They all have their own unique bonuses that their citizens can enjoy. Node types are pre-defined and might become another reason for players to make up their mind about investing in a particular node or not.
Things become even more interesting when we discover more ways to make use of nodes. Say, nodes can be destroyed as a result of a siege. So every citizen of a particular node should bear that in mind: their city not only needs their taxes but also their protection from foreign conquerors. There are other ways to display your dominance over some town: you can turn a neighbouring smaller node into a vassal and share benefits with it while getting extra taxes in return. The room for settlements' interaction is vast and you will definitely enjoy it.

PvP is not just an afterthought in Ashes of Creation, unlike many other MMORPGs. It becomes a focal point for the lifecycle of nodes since PvP sieges are literally life-threatening to them. You are not obliged to fight for your city but if you feel like doing that – you can, and you will get lots of fun from these full-scale battles. They are truly spectacular and exciting activities that look and feel like something that not only plays cool but also like something that has importance for the world where it takes place. For example, guild fights in WoW were fun and important too, but you couldn't destroy Orgrimmar or Stormwind during them. They made little impact on the world around them and most people wouldn't even notice. 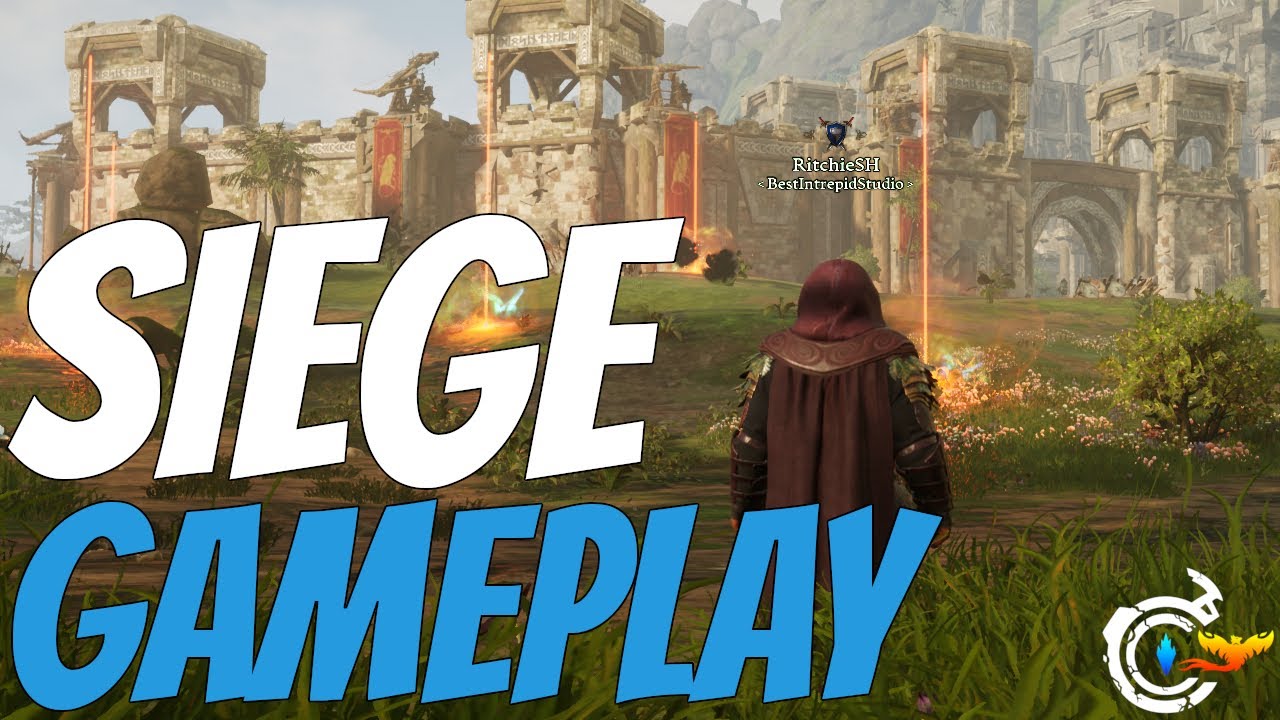 Sieges are fun and all but they are not the only PvP activity in the game. There will be arenas too – an instanced type of content that allows PvP fans to fight each other without anyone interfering. Naturally, there will also be rankings for it and special rewards for the best gladiators.
Caravans are another peculiar type of PvP content that not many other games have. You can take a special quest that will request defending a caravan going from one node to another. Robbing a caravan yields lots of valuable loot, so you shouldn't treat this task as a pleasure cruise. There will likely be people role-playing bandits around! 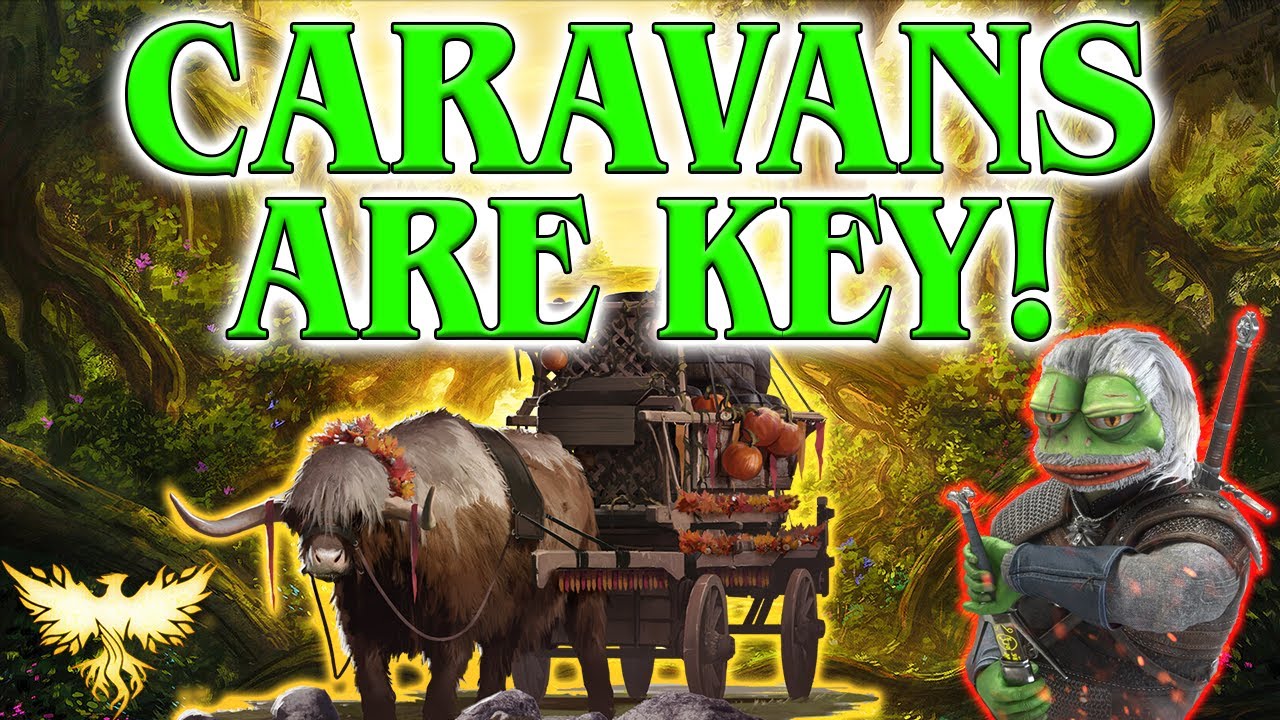 Finally, there will be a bounty-hunting system that will encourage players to punish "corrupted players", who kill non-combatant players. Ending a killing spree of such a perpetrator returns you lots of great rewards too. So as you can see, there will hardly be not enough stuff for PvP fans to do and most such systems have already proved to be quite working during alpha testing. The best part about AoC's PvP is that it's not compulsory for everyone. If you're more into PvE or solo content, you might not even notice all the PvP commotion (until your city becomes sieges, of course).

There will be so many things about your character that you will be able to express yourself with. Your race defines your base stats and your cultural features. Your 2 archetypes will define your class and skill-set: you can combine 8 different archetypes in order to get the character you need. Those archetypes are: tank, fighter, rogue, ranger, mage, cleric, summoner, and bard. 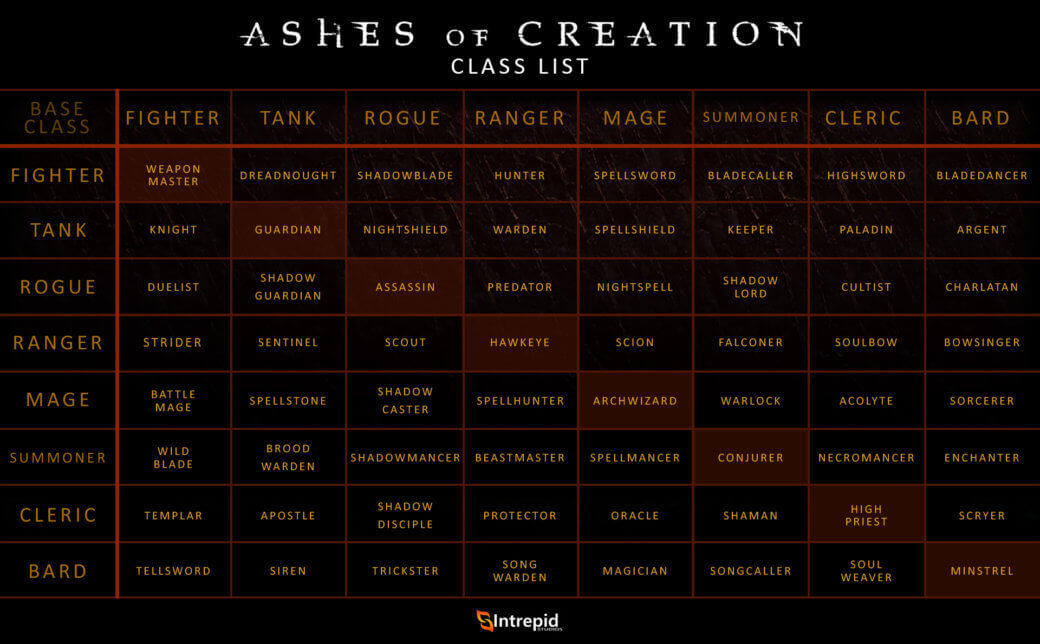 You can also choose a religion to follow. It's not compulsory, but if you feel that it's a part of your character's backstory, go for it. Through the religion progression system you can unlock cosmetic rewards as well as unique religion-specific augments for your skills. So it pays off to be religious in AoC, yet you can power up your character without that too.
All those things will affect story arcs that will be available to you throughout the game. Cultural representation, region-specific stories, class-unique quest lines, even special religion-based quests – all that will be a way for you and your character to find your own path in the world of AoC.
Character customization is also very deep. There are numerous combinations of what your appearance might be. Unreal Engine 5 makes it all look much better than you might imagine. The game is beautiful and your character is too, of course. 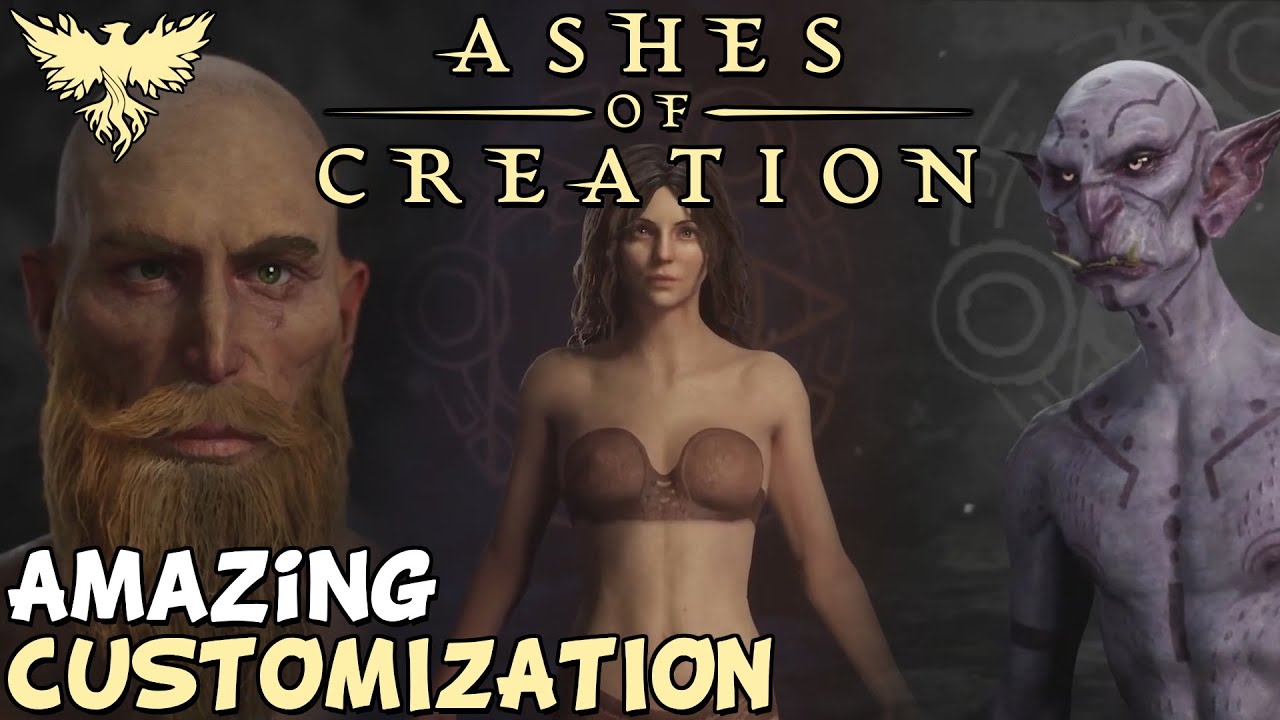 ***
Ashes of Creation might become that one MMORPG that will return the genre to the top charts. It looks more complete and versatile than the previous "saviour of the genre" Amazon's New World. NW wasn't an absolute failure and it drew attention to similar games too, but it also wasn't a success. Will AoC be different? Will it change the game scene as we know it? MMORPG fans are hopeful and so are we. Time will tell, although we really have a good feeling about it.
Naturally, ArmadaBoost will be ready to help everyone who's looking for some professional aid in Ashes of Creation. We'll expand our catalog closer to the release but you can already see what products we have prepared as pre-orders on our dedicated AoC page. If you have questions about Ashes of Creation or about our products for it, feel free to contact us right away!
Contact us      See AoC services
Share: Facebook Twitter