All articles
In this blog post we've collected all the new mounts that you can obtain in WoW TBC. We also explain how to unlock each of these mounts. However, this list doesn't include mounts that had been available in Vanilla Classic before TBC was released, as well as the ones you can get from seasonal events. 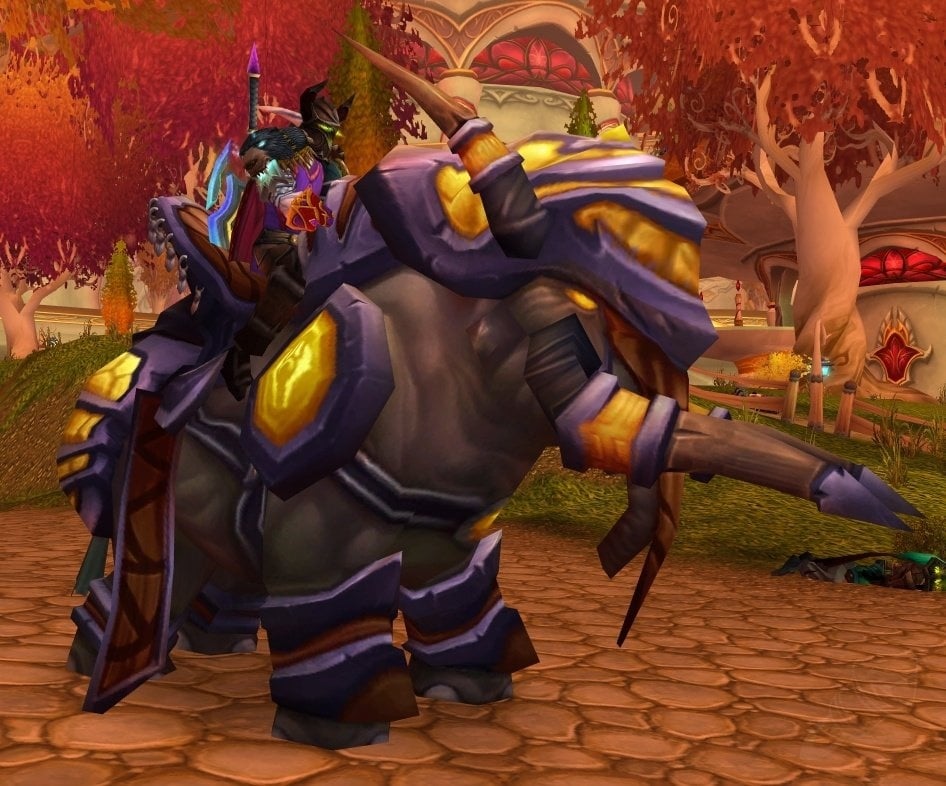 Source: PvP (battlegrounds)
Black War Mounts can be purchased for marks of honor: you need 30 marks of 3 original battlegrounds (Alterac Valley, Warsong Gulch, Arathi Basin). There are 5 black war mounts for either factions and they are all correspondent to regular racial mounts: Alliance gets a night elvian tiger, a ram, a mechanostrider, a horse, and an elekk, while Horde gets a wolf, a raptor, a kodo, an undead horse, and a hawkstrider. Also, there are no racial limitations for these mounts, even though there are certain restrictions for regular racial mounts: for example, as a tauren you can ride a black war hawkstrider, but you can't ride a regular one. 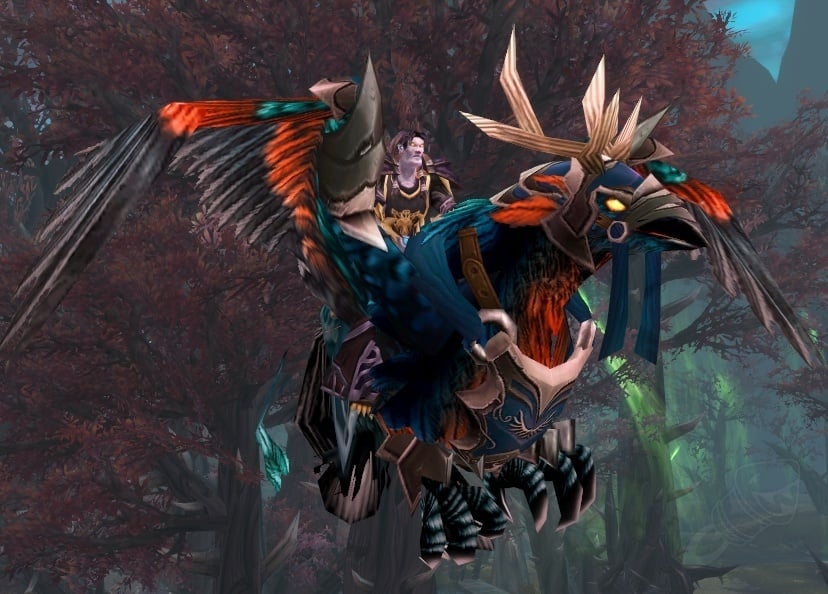 Source: Reputation (Cenarion Expedition)
Cenarion War Hippogryph can be purchased for 2k gold from the Cenarion Expedition quartermaster as soon as you reach the Exalted reputation with that faction. To achieve it you mainly need to farm Zangarmarsh dungeons: Slave Pens, Underbog, and Steamvault. 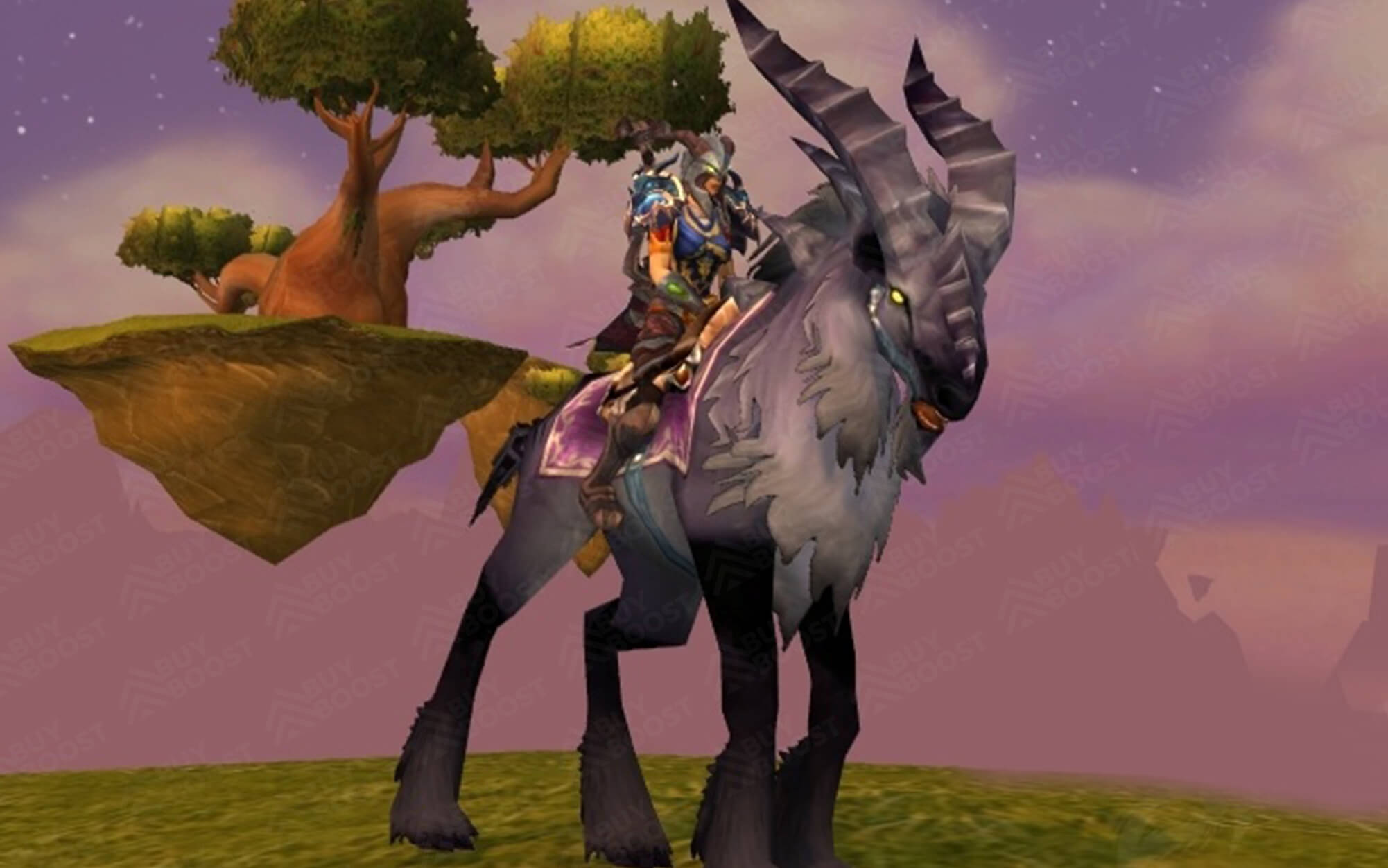 Source: PvP (Halaa) and Quests
Dark Talbuks can be purchased for Halaa Battle and Research Tokens. Battle Tokens are obtained for players' kills made in the Halaa PvP zone (Nagrand). Research Tokens are given for turning in Oshu'gun Crystal Power Samples. There are 2 dark talbuks you can purchase: the Dark Riding Talbuk (70 battle tokens, 15 research tokens) and the Dark War Talbuk (100 battle tokens, 20 research tokens). You can only purchase them when the Halaa PvP zone is under control of your faction. 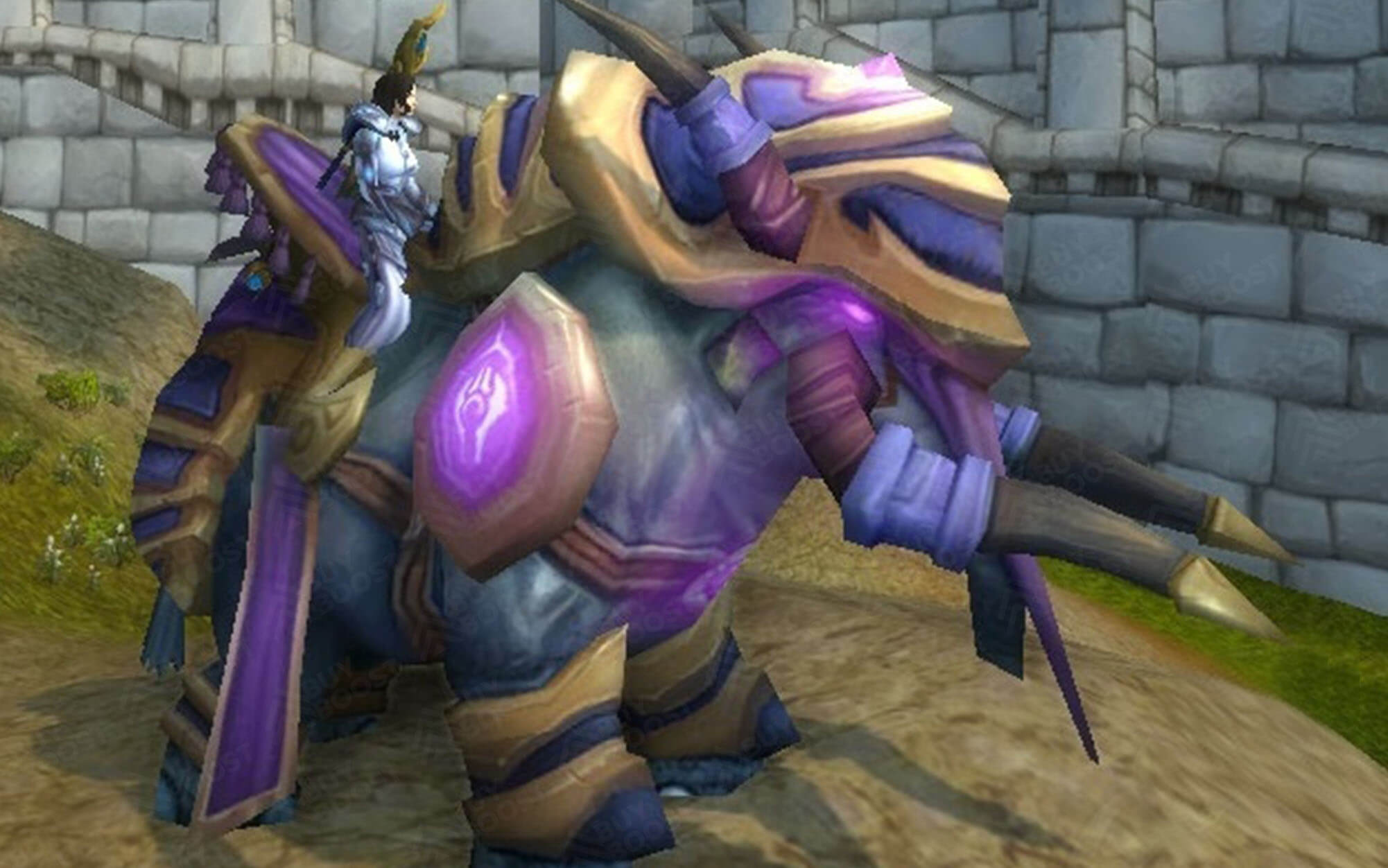 Source: Reputation (Exodar)
Elekks are Draenei racial mounts. They are available in 2 kinds: the rare ones (brown, gray, and purple) and the epic ones (blue, purple, and green). The former ones cost 1 gold, the latter cost 10 gold – but to become elligible for the purchase you have to be either exalted with Exodar or a draenei. All Alliance races can ride elekks. 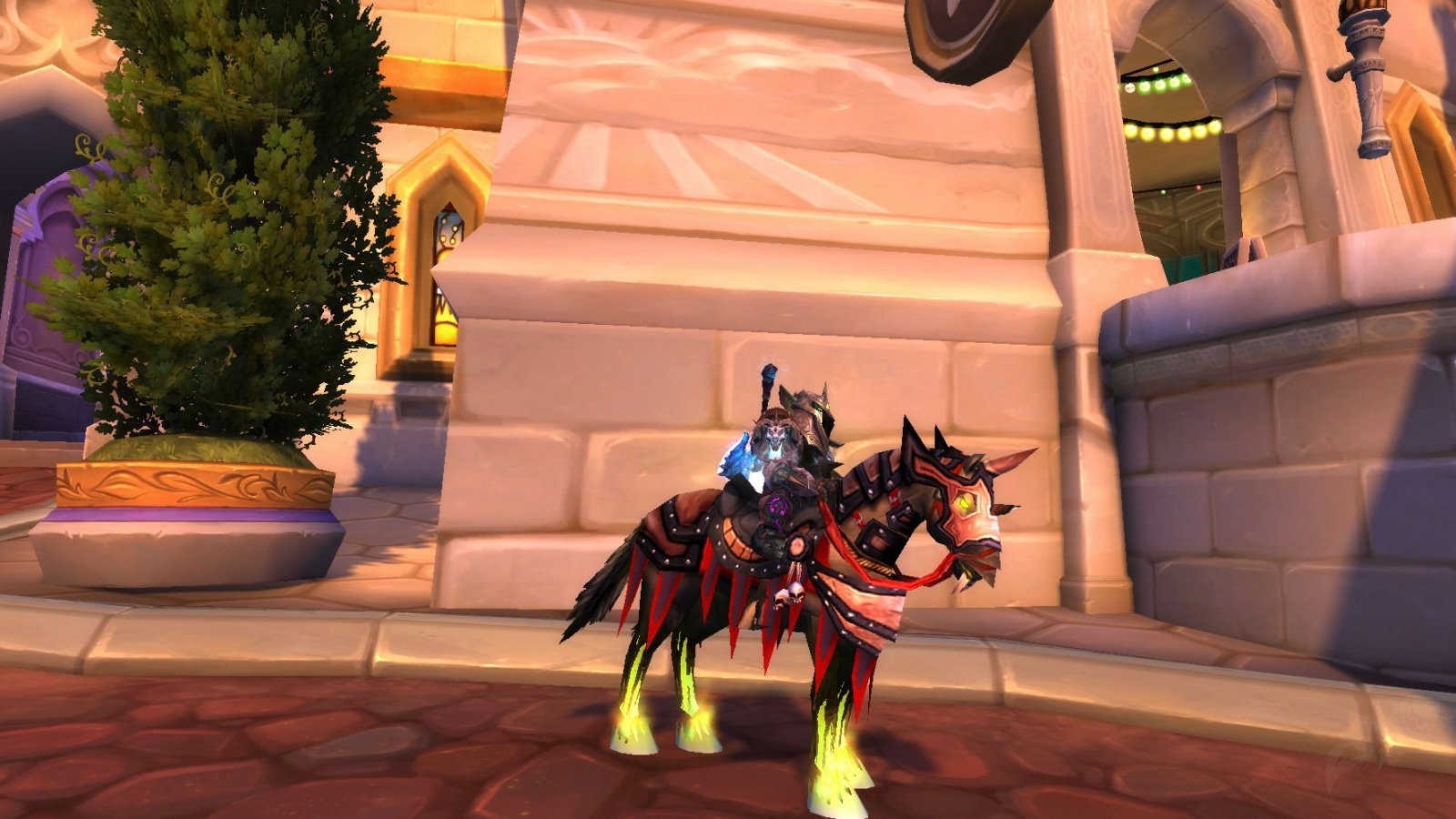 Source: Raid (Karazhan)
Fiery Warhose is much harder to obtain in TBC than in the retail WoW. Even though the drop chance is equally small, the number of people you're going to need to accompany you is 9, while in the retail you easily can solo Attumen.
Attumen the Huntsman is the first boss of the Karazhan raid. You will find him after a couple of initial mob packs. The fight with him is not really difficult, as he's arguably the weakest raid boss of the expansion, but there are 9 more people who will roll for the mount with you. And you can loot the boss only once a week.
Also, you need someone in the party to have the Master Key to access the raid. The best way to solve this issue is to get it yourself. Even though the quest chain is lengthy, it's not really that hard to complete, just time-consuming. And the Master Key will definitely make you more popular, since there are many lazy people around who don't want to bother doing the quest chain themselves. 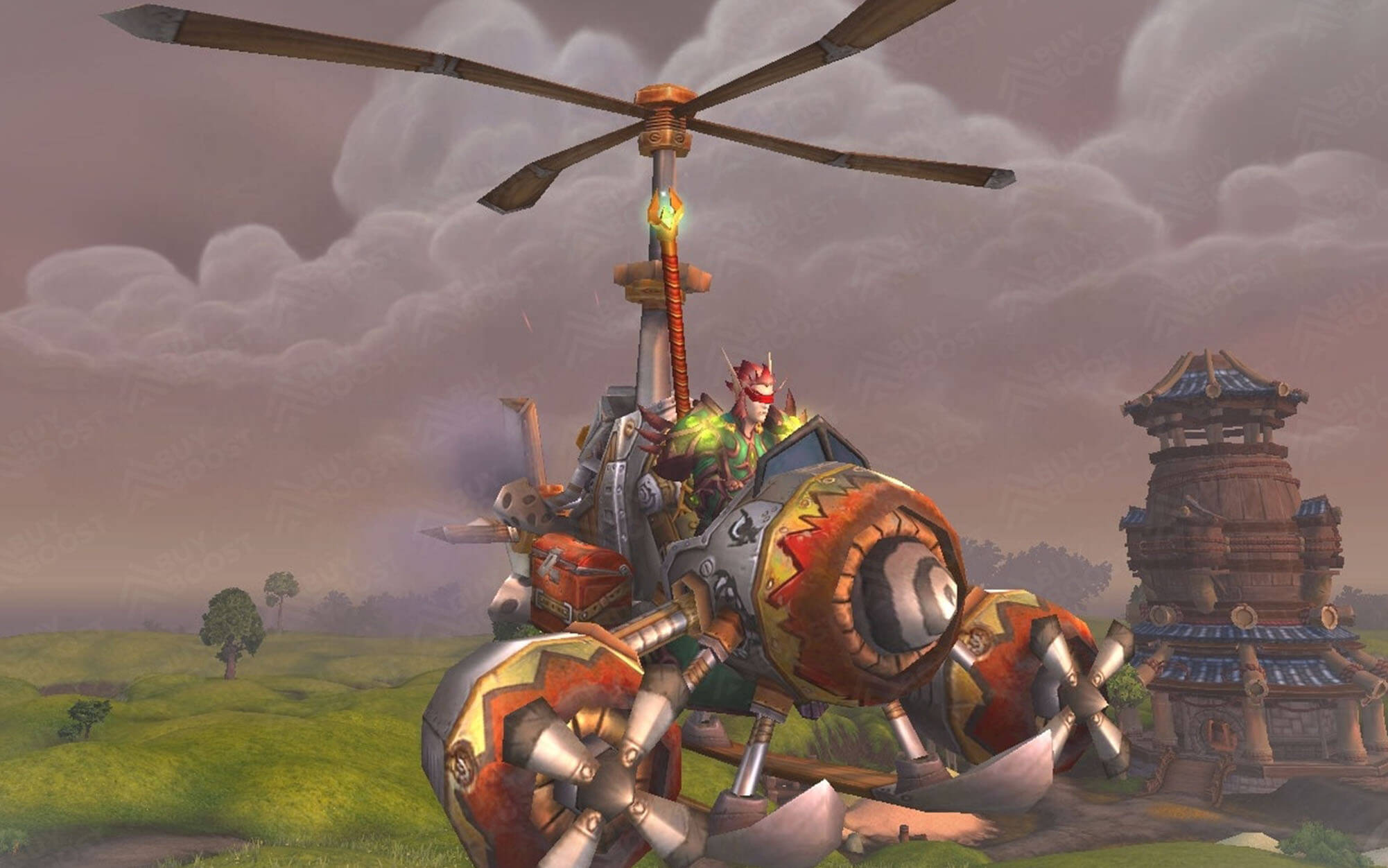 Source: Profession (Engineering)
Flying Machine can be only used by engineers. However, it doesn't mean that you'll have to craft it yourself: since this mount is sellable on Auction House, that's where you can purchase it from. It comes in 2 forms: the rare one (Flying Machine Control) and the epic one (Turbo-Charged Flying Machine). The former requires Engineering level 350 and the latter requires level 375 to use it. They are both pricey, regardless of whether you want to craft it or buy it: there are lots of rare ingredients you'll have to use to assemble it, so it's going to take either some time to farm them, or some gold to buy them. 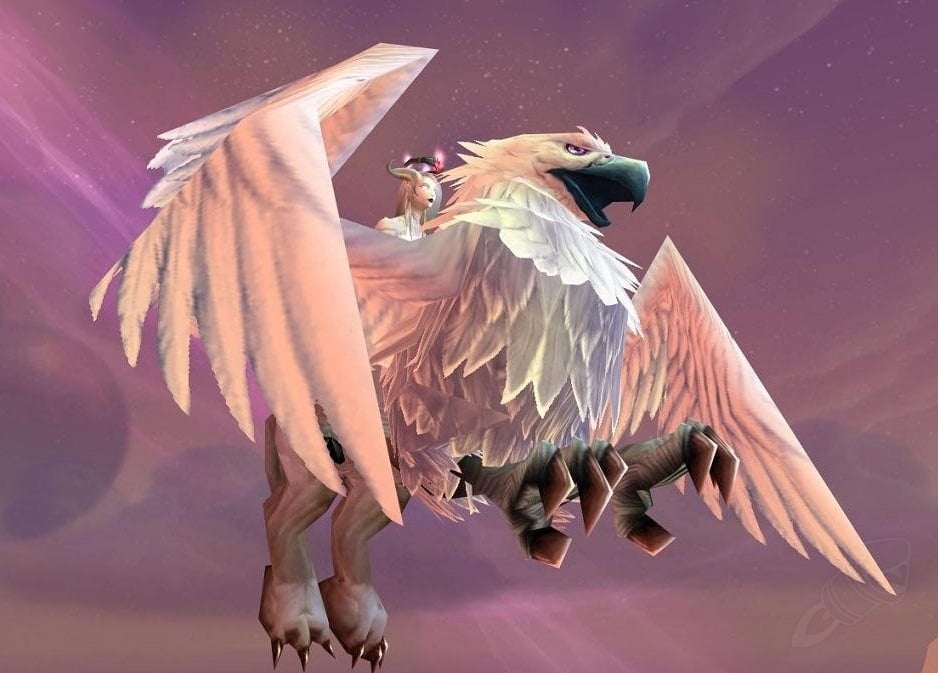 Source: Vendor
Gryphons are Alliance's basic flying mounts. They come in 2 types: the rare ones (60% flying speed; snowy, ebon, and golden) and the epic ones (280% flying speed; purple, blue, red, and green). The former cost 100 gold each, the latter cost 200 gold each + your character needs a flying skill to use them. Just like all other flying mounts, they can only be used in Outland. 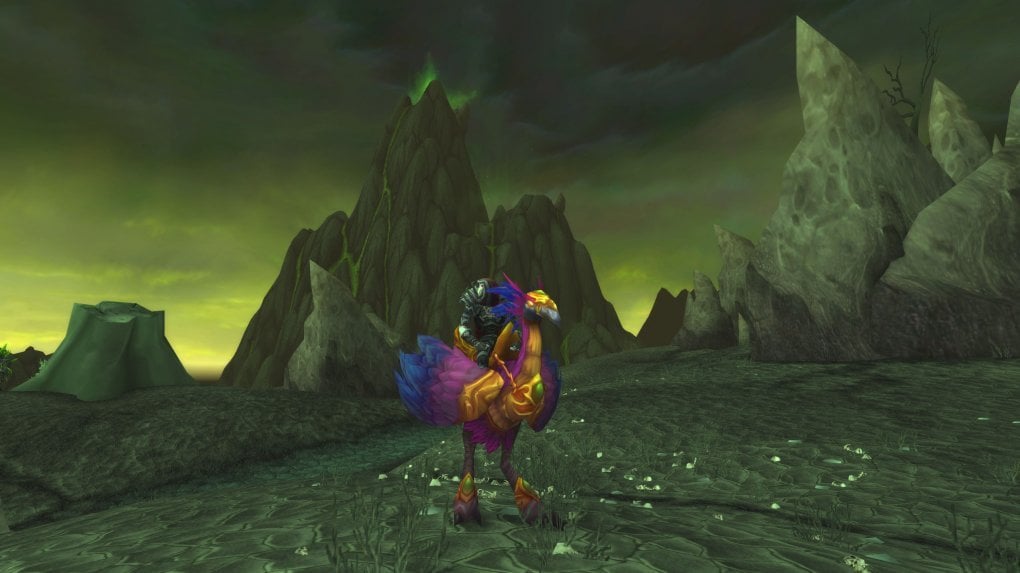 Source: Reputation (Silvermoon)
Hawkstriders are Blood Elf racial mounts. They are available in 2 kinds: the rare ones (black, purple, red, and blue) and the epic ones (pink, purple, and green). The former ones cost 1 gold, the latter cost 10 gold – but to become elligible for the purchase you have to be either exalted with Silvermoon or a blood elf. All Horde races except for taurens can ride hawkstriders. Yes, that's very unfair. 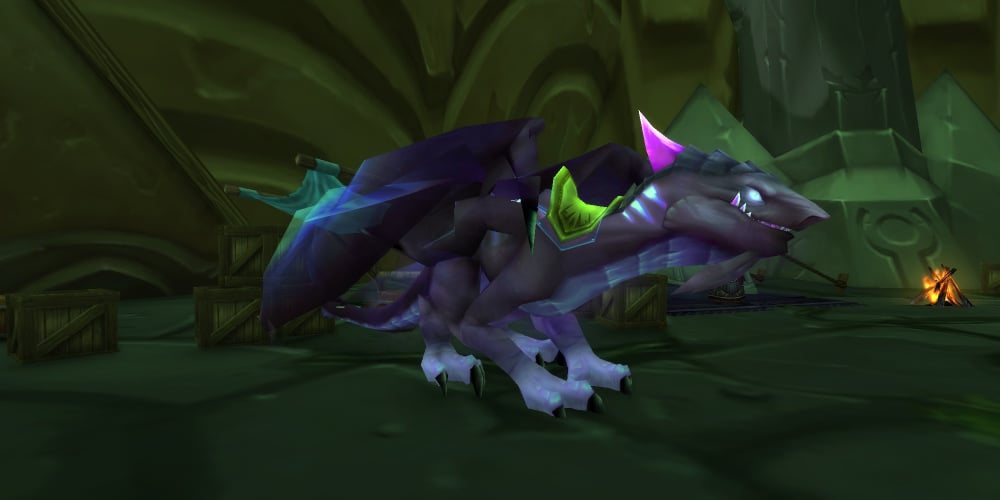 Source: Reputation (Netherwing)
Nether Drake can be obtained for free by your character as soon as your reach the Exalted reputation with the Netherwing faction in Shadowmoon Valley. You can choose a nether drake of any color as a free nether drake and you will also be able to buy the rest for 200 gold each later. 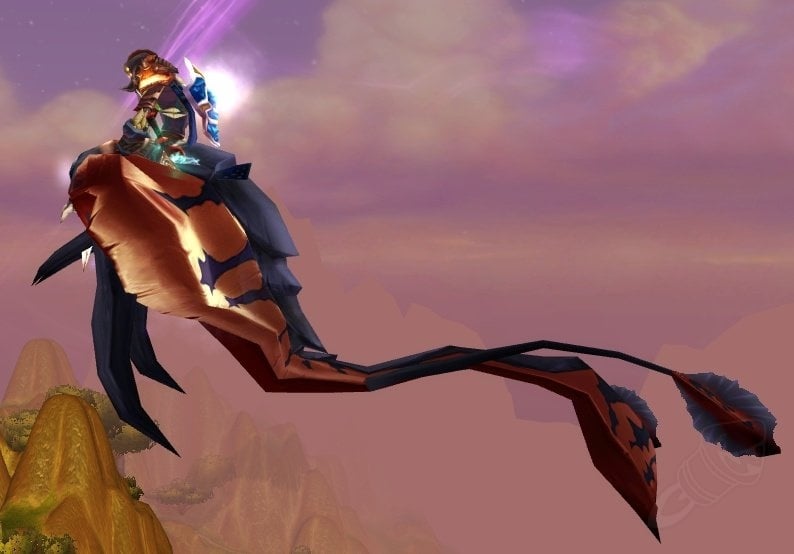 Source: Reputation (Sha'Tari Skyguard)
Nether Rays can be purchased from the Sha'Tari Skyguard quartermaster for 160 gold as soon as you reach the Exalted reputation with that faction. To achieve that you'll mainly have to do lots of daily quests. 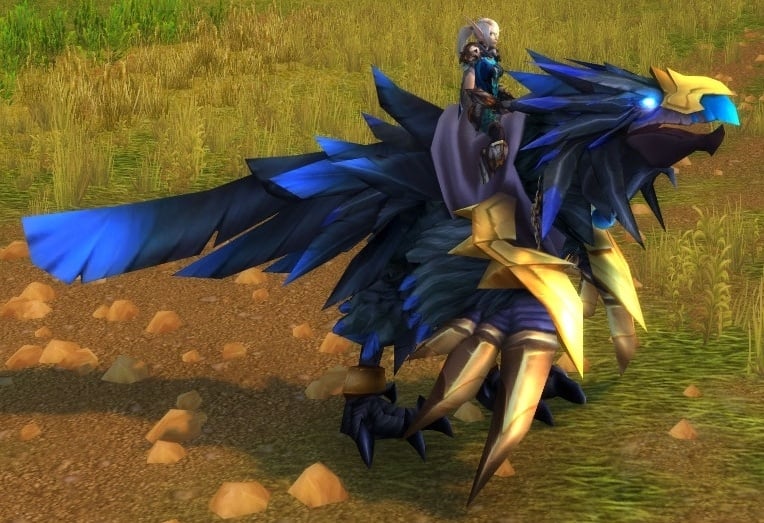 Source: Dungeon Drop (Sethekk Halls Heroic)
Raven Lord is pretty difficult to get: first you have to be able to access the Heroic version of Sethekk Halls. It means that you need to have a Revered reputation with Lower City in Shattrath, so you should begin with that farm. As soon as you're through with it, you can consider having a Heroic Sethekk Halls run, but there's a twist: you need a druid player who has already finished their class-specific quest and got the ability to summon Anzu.
Anzu is a bonus boss in Sethekk Halls and only experienced druids in WoW TBC can summon it. Most likely, the druid will not agree to help you for free, so be ready to pay for their service with gold. If you're a druid yourself, lucky you: you now only have to complete the lengthy class-specific quest chain that unlocks flying.
If you've managed to overcome all the difficulties, enter the dungeon with the party and get to Anzu's summoning location which is not far after the first boss. Summon the boss, take it down, and loot it. If you're lucky, you will find the rare mount in the loot. But the chance of that is below 1%, hence it might be wise to expect a slight disappointment. 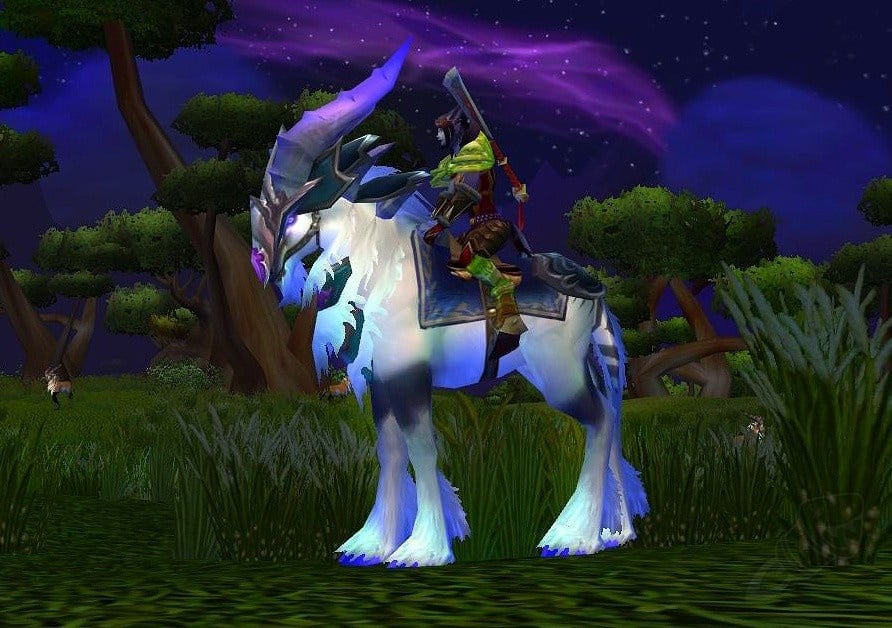 Source: Reputation (Kurenai or Mag'Har)
Talbuks can be purchased for gold from the Kurenai or Mag'har quartermasters (depends on whether you play Alliance or Horde). They come in 2 types: regular unarmored talbuks (56 gold) and cooler armored talbuks (80 gold). Both give you the same speed bonus though, so the difference is just looks.

Source: Vendor
Windriders are Horde's basil flying mounts. They come in 2 types: the rare ones (60% flying speed; blue, green, tawny) and the epic ones (280% flying speed; purple, yellow, red, and green). The former cost 100 gold each, the latter cost 200 gold each + your character needs a flying skill to use them. Just like all other flying mounts, they can only be used in Outland.
***
We can help you with basically any of these mounts. Just message us to learn more about how to obtain some partiuclar mount or just request its unlock.
Browse Our TBC Mount Services
Have questions? ​Feel free to contact us!
Share: Facebook Twitter