High Isle's top-4 features – What does ESO's latest expansion have to offer?

All articles
The High Isle is a new exciting adventure in the Elder Scrolls Online. It's coming out on June 6 for PC/MAC and on June 21 for consoles. As every ESO expansion, it will bring lots of new stuff to the game and this time some of the additions are pretty big. Let's take a closer look at 4 new things of the new chapter that we consider its best features.

It's not surprising, of course, that we'll get new gear, but it's always cool to get your hands on some new items and collect a matching set out of them.

3 sets you will be able to collect while questing and roaming the island, they are:
The first one increases your damage (both weapon & spells) after you get healed. The second one decreases the cost of your core abilities during while you have food buffs. The third one casts a debuff on your enemy whom you've bashed. The debuff inflicts damage-on-time on the enemy after your light attacks.

There are 3 new sets that you can craft during your adventures on the High Isle. They are:
The first one is pretty unique: it has 12 pieces and when you assemble it, you get a great boost of your 3 main stats: health, magicka, and stamina. The second one increases your critical damage and healing by 8%. The third one makes your status effects last for 16 sec longer.

We'll talk about the new trial (Dreadsail Reef) a little later but its gear is worth the mention in this section. There are 4 sets there and you can get a perfection version of each in the veteran mode. Let's take a look at them:
The first one greatly increases your weapon/spell damage. The second one increases your strength and decreases incoming damage depending on the number of team mates alive. The third one motivates you to use your ultimate abilities to help your team mates recover their magicka. The last one inflicts a DOT on an enemy that lasts for quite long.
It's not really easy to assemble trial sets, so if you need help with that, check out our Dreadsail Reef carry.

There are 5 new mythic items that you can find wandering around the archipelago. Here's what they are:
The first one encourages you to sprint to get special stacks that can be used for additional damage and stunning enemies. The second one changes your dodge-roll: instead of evading attacks you get a shield that absorbs damage. The third one increases your crit. chance and inspiration based on how many books of Shalidor's Library you've collected. The fourth one basically boosts all of your most important stats but forbids switching weapons in combat. The final one gets you extra DMG resistance when your health is at max. When it's not, you get special buff that increases your damage.

Trials are part and parcel of the ESO experience. They are essential both for story and gameplay, so it's not surprising that we get another one with the High Isle. This time we'll be facing terrifying pirates who threaten the inhabitants of the Systres' archipelago. Let's put an end to their plots!

As usual, you can start this trial in 2 modes: normal and veteran. There are 4 sets that you can collect there and we've already mentioned them above. Most likely, there will be hardmodes for the toughest of you to take on. Developers promise a very engaging experience that will make every member of the team satisfied with their contribution. We're not yet sure how exactly they want that to happen but we're already excited to try!

Well, many of us were dreaming of a card game based on the Elder Scrolls universe that would be as good as Hearthstone, MGT Arena, or Gwent. And it looks like here it is: Tales of Tribute that can be played right inside ESO. We already know pretty a lot about it, so let's take a look at the most important features.
The gameplay is built around 8 different decks, 2 of which you choose for each of your games. There are 2 ways to defeat your opponent: either collect enough points first (from 40 to 80), or get the favour of all 4 "patrons". Patrons are some sort of essential figures for each of the themed decks.
For those of you who have already had some experience with popular card games like Hearthstone or Magic, TOT might seem kinda weird. It's not about fighting your opponent's cards with your cards. It's more about building the right deck with the cards that you get along the way. It might seem perplexing at first, but give it a shot or two and things will become way more clear. Here's a good intro video for that: 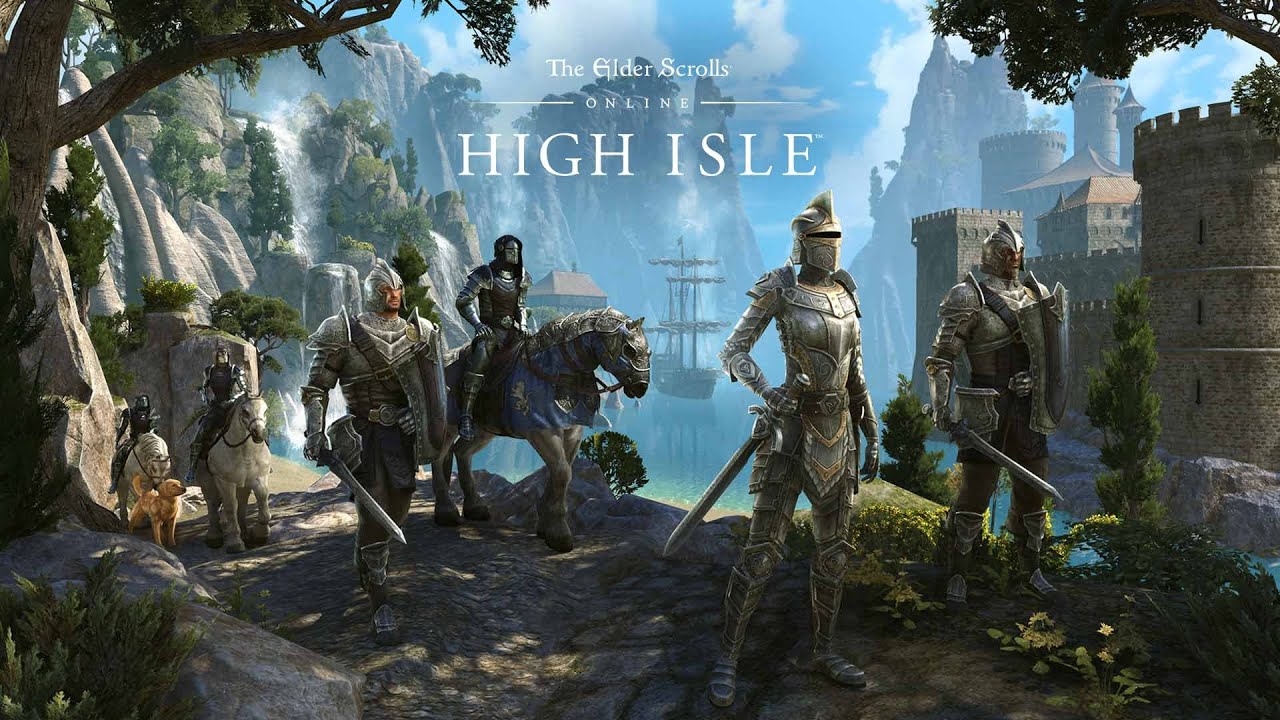 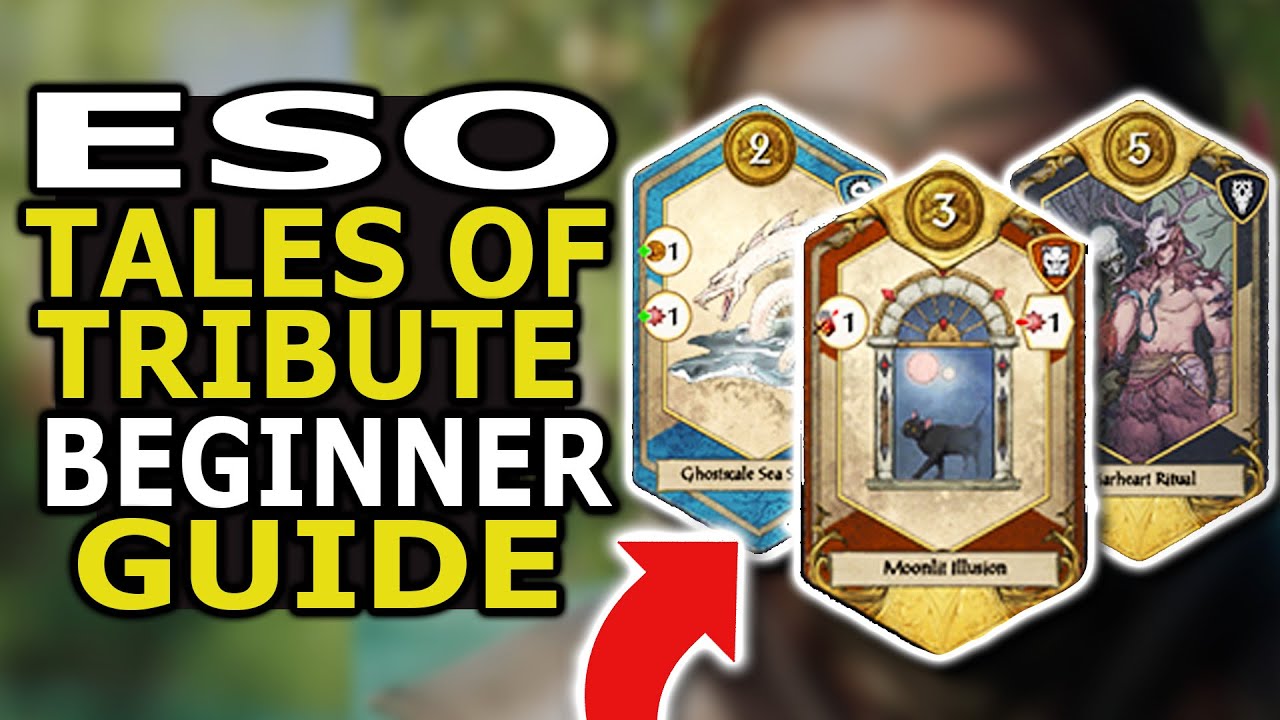 Whatever your favourite part of ESO experience is, you will inevitably deal with quirks and peculiarities of the zone where your activities take place. Each new zone has a lot to offer and Systres' archipelago is not going to be a boring exception.
First of all, it's way bigger than it might seem. Although it's a couple of small islets on the huge map of Tamriel, in reality the zone is as big as Blackwood that we went to previously. 2 biggest islands are the High Isle itself (rich knight families) and Amenos (pirates and thicket).
For story boons there's a full-scale knight drama going on. The three-banner war is its centrepiece and you're going to learn lots of new things about Bretons and their realm. The chapter containing the story is called Legacy of Bretons and we'll see it unfold later this year.
***
So those were our top-4 most exciting things in ESO's upcoming expansion. It's hard to predict which of them will become the biggest new feature, but we'll soon find out! The High Isle's release is on June 6 for PC/Mac and June 21 for PS4/5 and Xbox One/Series S, X.
Share: Facebook Twitter