Brutosaur and Friends – What are the most useful mounts in WoW?

All articles
Mounts come in all shapes and sizes. And there are lots of them, maybe much more than we really need. Collecting mounts isn't even that much fun anymore: oh wow, you got another raid mount? Well done, now put it on the shelf.
But as with anything, there are few exceptions: at least 10 mounts can really make a difference, not just become another bunch of pixels in your digital stables. Some of them allow you to carry your friends as passengers, some give you portable vendors, and some are absolutely unique in what they can offer. Let's take a closer look at them all:

These 4 mounts allow you to carry passengers. All of them are currently obtainable in the game. Those that are for sale in the Blizzard shop are not included, because they are definitely not for everyone. 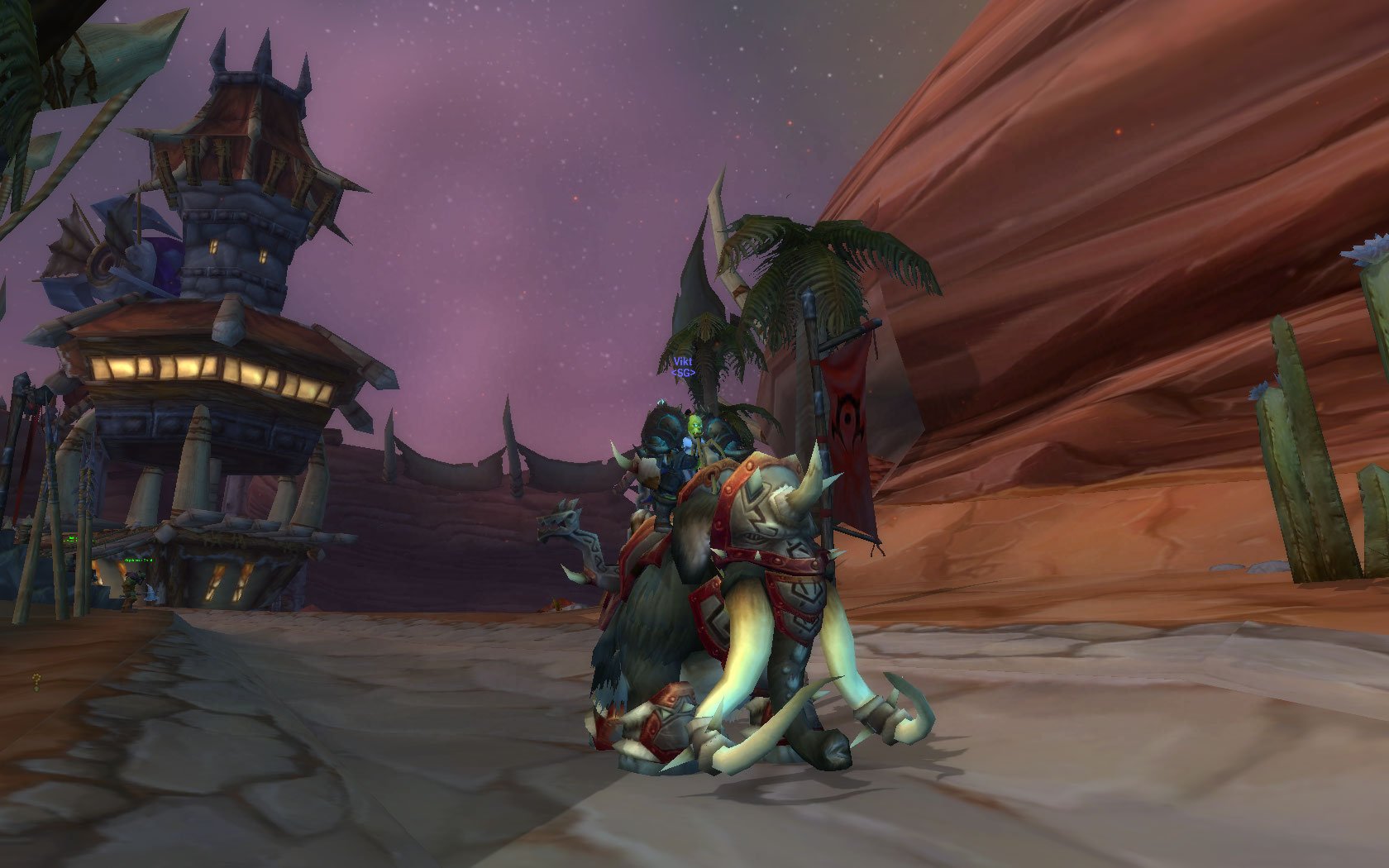 Did you know that there are more than 1 mammoth mount? Not many seem to know, but these 2 guys: Grand Black War Mammoth & Grand Ice Mammoth – are perfectly legit mammoth mounts with 2 passenger seats as well, it's just that they are a bit trickier to get and can't have vendors. But the advantage here is that you don't have to spend a lot of gold on them: well, 20k for Tundra Mammoth doesn't seem like too much nowadays, but at the beginning of any expansion gold is pretty sparse, so these 2 mammoths can become a better alternative.
Grand Black War Mammoth drops from all the bosses of the WotLK raid Vault of Archavon with a tiny drop rate (1-2%) and can also be bought from the Black Market, but since the starting price is 20k gold, it's hardly worth it.
Grand Ice Mammoth can be bought for 2500 gold after you reach the exalted reputation with the WotLK faction Sons of Hodir in Storm Peaks. 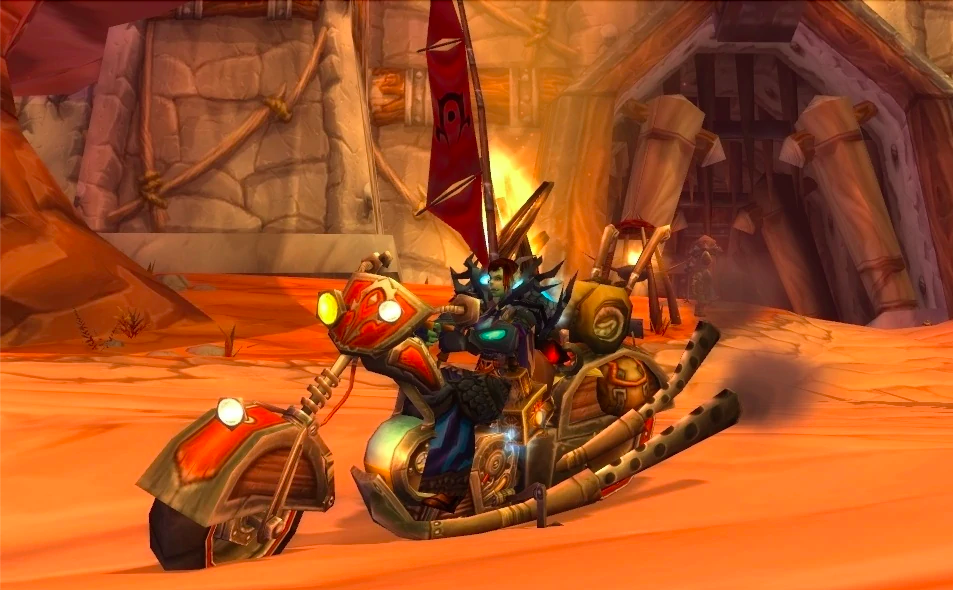 Choppers are simply cool. They might not be as useful as the mammoths, but they are significantly smaller and look great. However, they have only 1 passenger seat. Nevertheless, choppers usually are sold at a higher price than mammoths: mainly because they take so many costly materials to craft. So don't be too fast to blame greedy engineers! 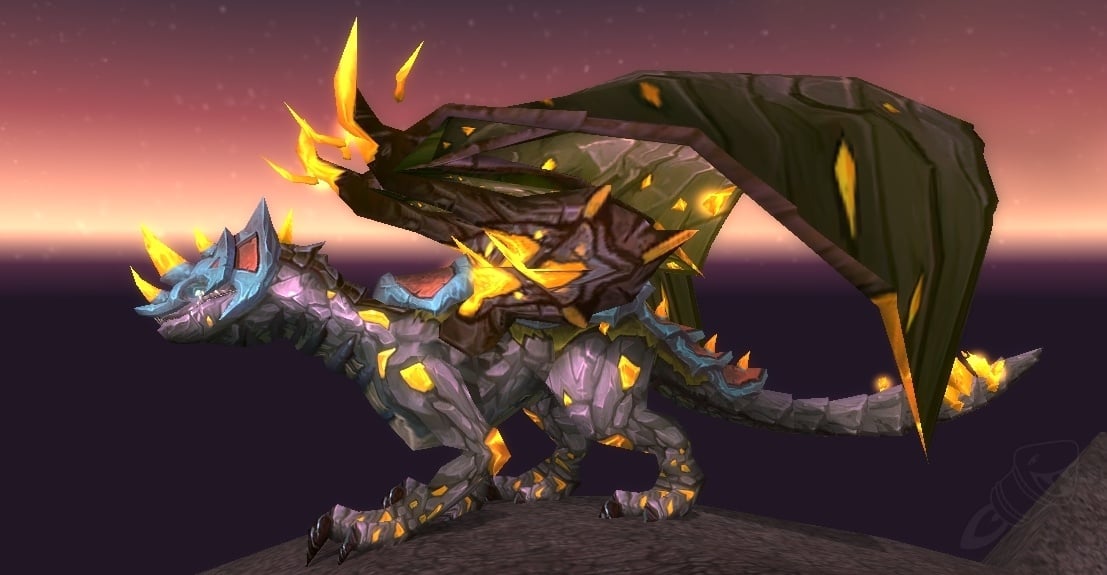 Basically a flying chopper: you can have 1 passenger in it. But that's where the similarities end, since the chopper is a regular mount that you, well, sit on, and the sandstone drake is a mount you turn into. It's a pretty exotic thing and back in Cataclysm it seemed revolutionary. Alchemists had their lucky day almost every day because the Vial of Sands was so popular. However, it was not too simple to obtain in the first place and you could say the same about the materials. Hence the high price – but the sandstone drake might be actually worth it, since it has it all: a passenger seat, style, and it can fly! 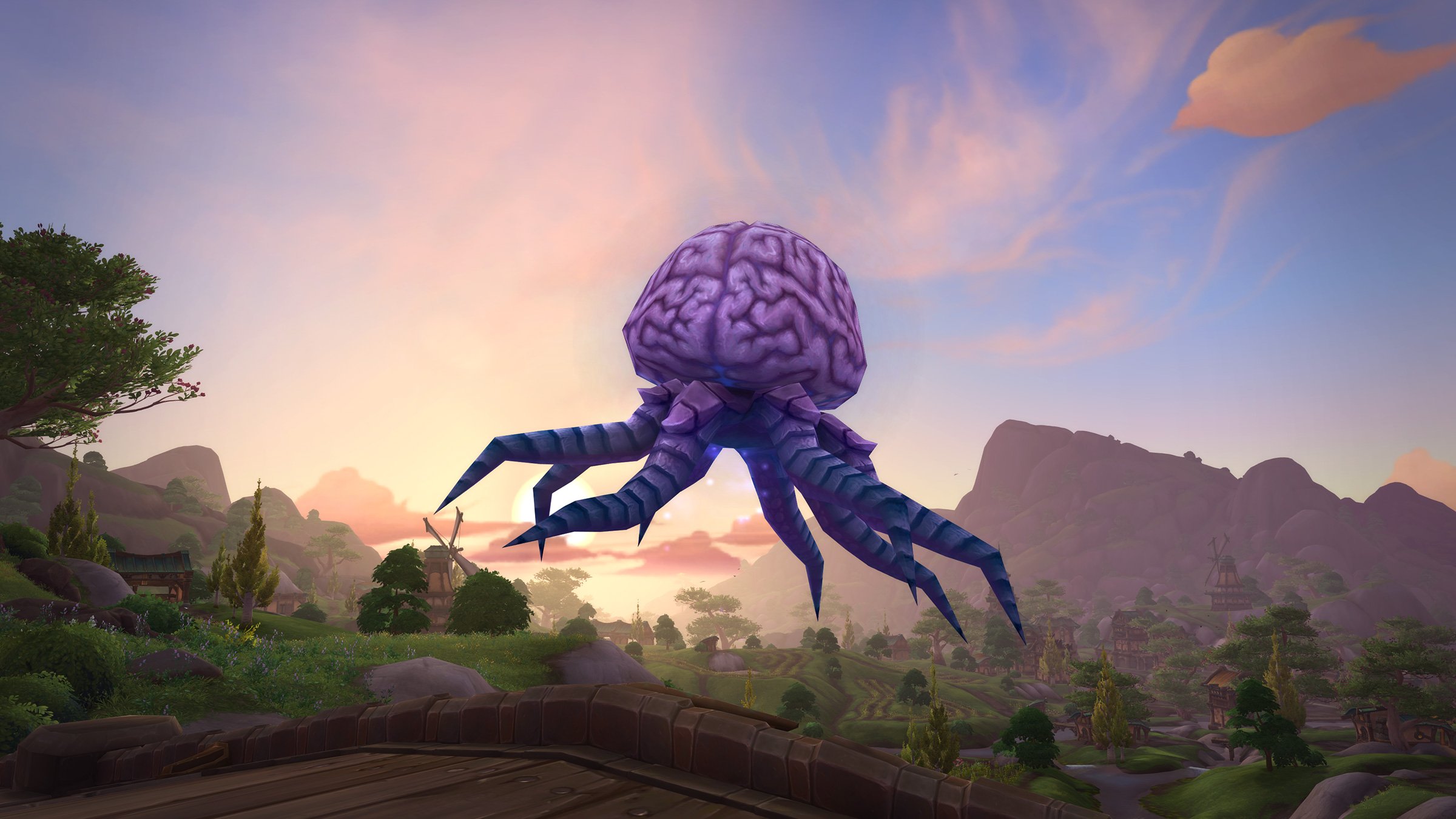 The Hivemind is the ultimate multi-seat mount, as you can have an entire party sitting on it. In it, rather: the riders are sort of consumed by the mount. Also, each passenger increases the speed by 10%. Sounds fantastic, doesn't it? But there's one thing to remember: the Hivemind is hard to obtain and it takes an entire party to do that. And only the members of the party present at the final stage of the mount obtainment can become the passengers. It means that you can't give a lift to just anyone. Sadly. But if you prefer playing in a party with your friends all the time, this unique mount will be a great addition to your collection.
Buy the Hivemind mount

These 3 mounts allow you to carry NPCs, including vendors, transmogrifiers, and even auction house agents. All of these mounts are currently obtainable in the game. 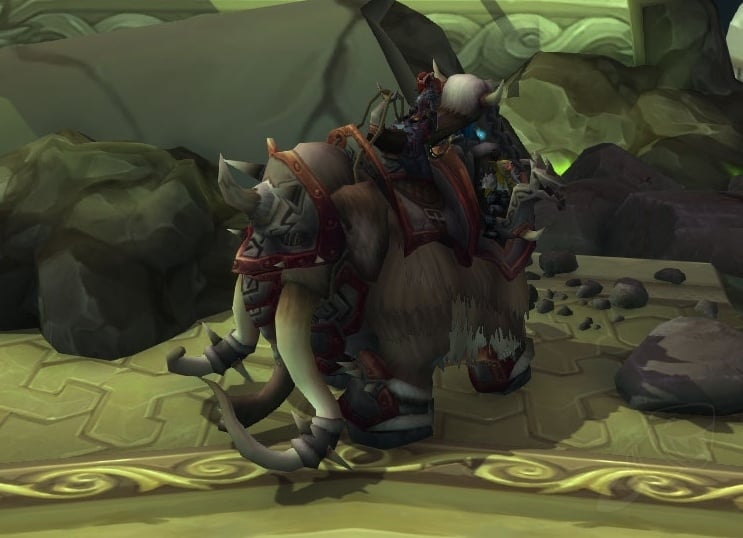 The legendary Traveler's Tundra Mammoth has 2 NPCs, both of which can repair items and have decent goods to offer, including food and profession reagents. You can dismiss either of them or both to make room for some of your friends – and when you need the NPCs back you can always make them appear on demand right away. This mount is simply a bargain: to buy it you only need 20k gold. And there's a way to decrease that down to 16k, but that will take some Kirin Tor reputation grind (you're going to need the exalted reputation with them). 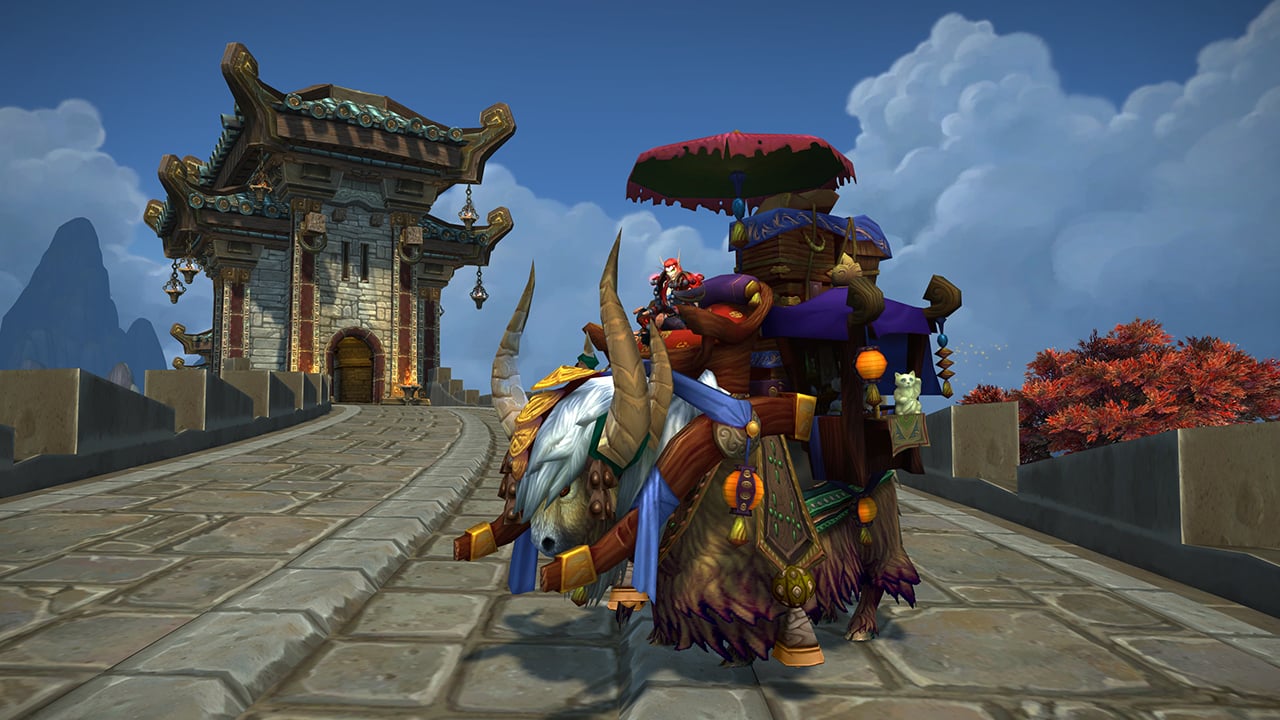 This big boy comes from Pandaria and it has much to offer as well: just like the mammoth it has 2 NPCs, however, this time only one of them is a vendor, while the other is a transmogrifier. That is you can transmog your gear without even getting back to the city, basically anywhere. But we're not sure that the price matches this bonus well – it's 120k gold after all. Do you like transmog enough to pay 100k extra for it over the Tundra Mammoth? Well, it's up to you! 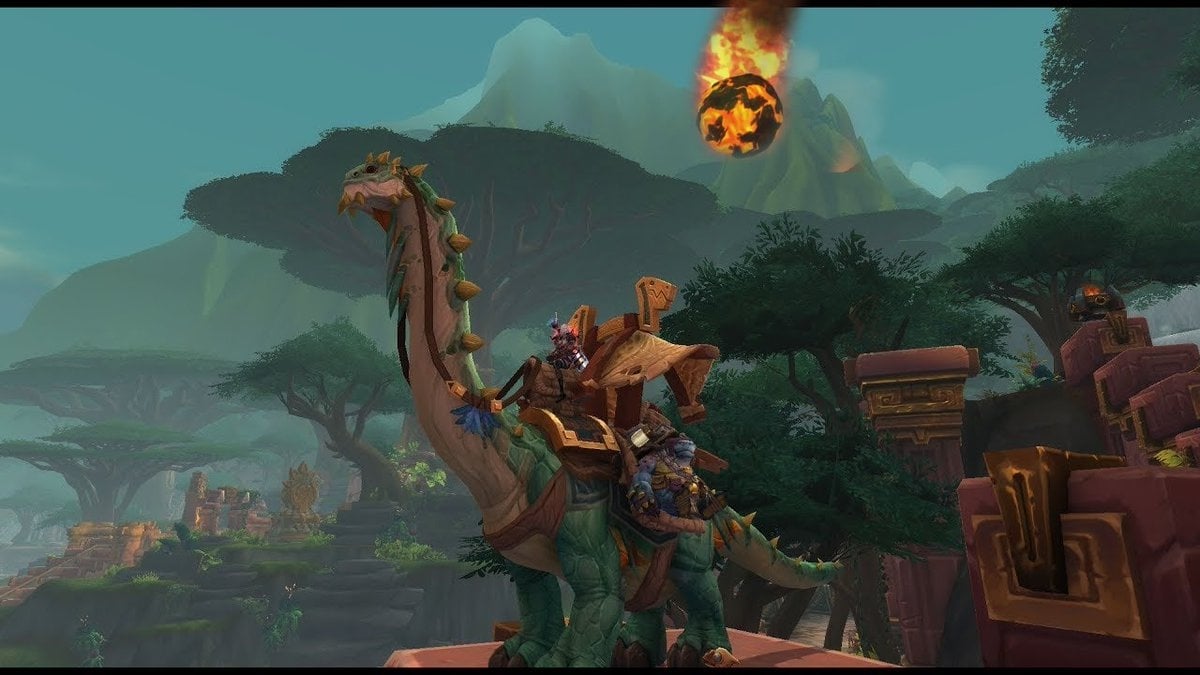 Behold the mighty dinosaur! The tallest mount in the game and the only one to have the brutosaur model – you already can't say that there's nothing special about it! But it's not just about the unique looks, as it also has 2 NPCs, but this time one of them is an auction house agent. It means that you can trade anywhere: buy and sell lots in your favourite inn,  just as if you were in Orgrimmar or Stormwind. Just like a successful day trader in the real life you can chill on the beach still getting the job done. What a beautiful life! But here's the trick: the mount is REALLY expensive – that would be 5 million gold. And another good news is that the vendors that sell it are to be removed as soon as Shadowlands arrives. So yes, you have little time before it goes to Black Market auction house where it's going to become a very elusive mount despite its huge size.
Buy Mighty Caravan Brutosaur

SAVE TIME IN EVERY OTHER WAY!

These 3 mounts give you unique advantages, including level 1 riding, water walking, and cutting herbs without dismounting. All of these mounts are available in the game. 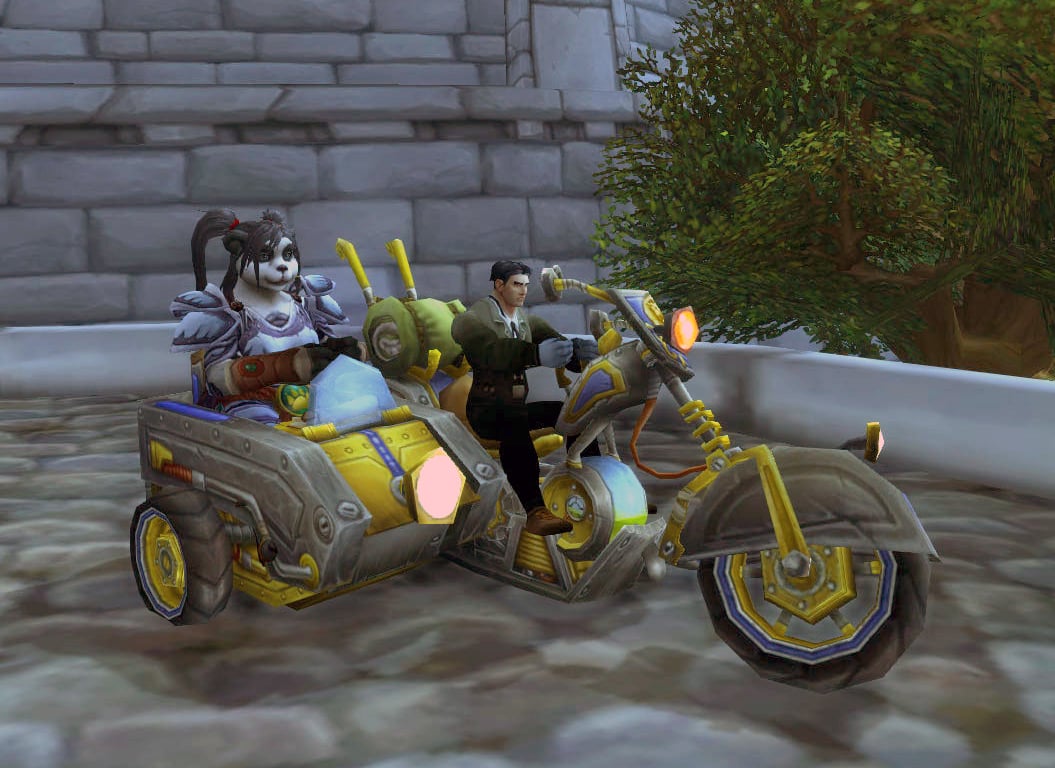 Tired of walking with your alts till they hit level 20? This chauffeured chopper can help you out: it gives you a 60% speed increase and you can use it starting with level 1.  However, its speed won't increase with higher riding skill levels: unlike many other mounts, its speed always remains +60%. Also, the funny thing about this chopper is that your character doesn't drive it. Much like any underage person it has to leave that to an older one which here is the chauffer. To get this awesome alt-friendly mount you need to collect 35 heirloom items. 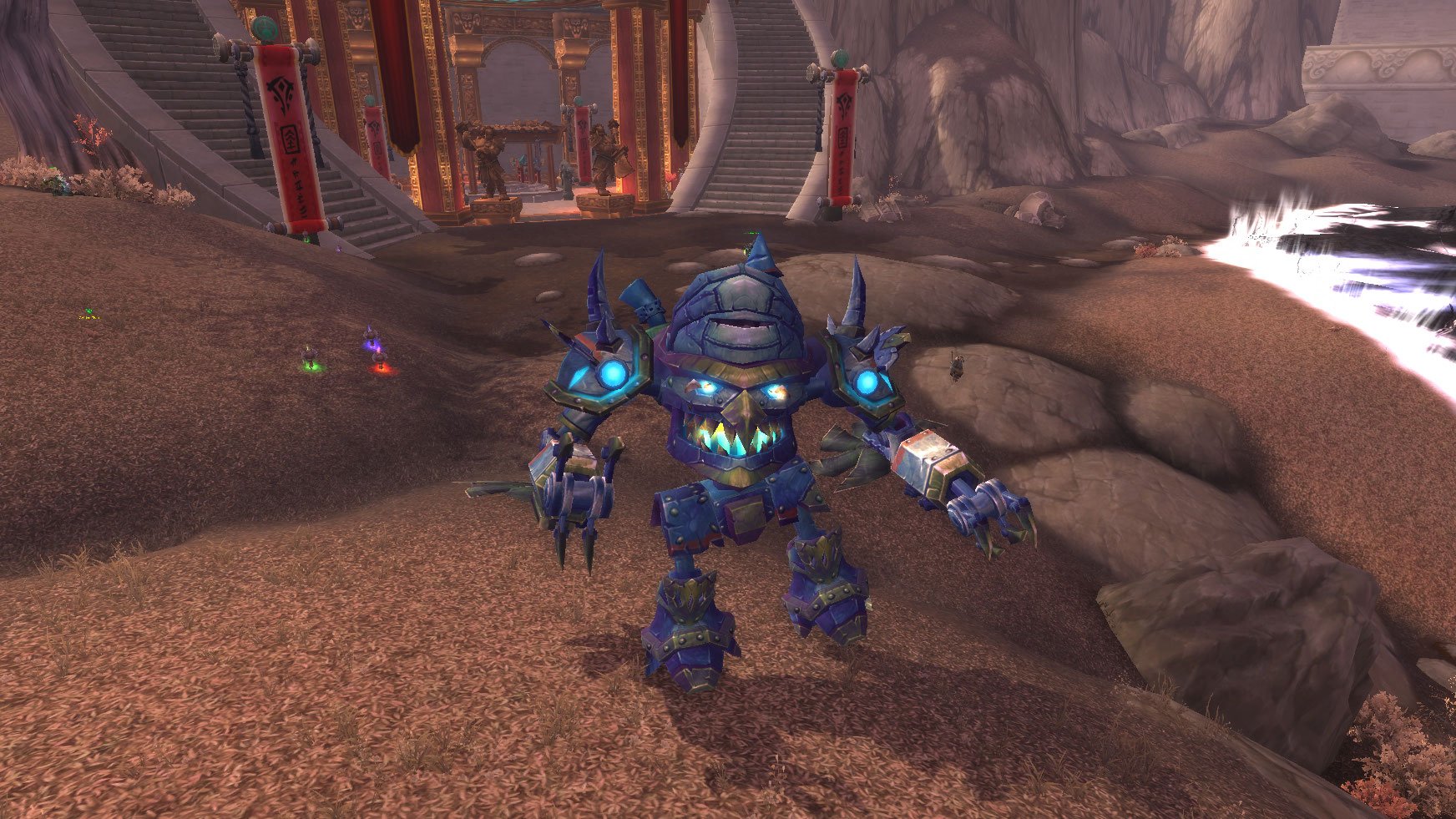 Many people know what Sky Golem is, but much fewer people know that there's another shredder mount called Mechanized Lumber Extractor. They both have one feature that makes them unique: they can harvest herbs. What it means is that you don't dismount when you interact with a gatherable herb – instead you pick it up and fly on! Sky Golem is a not-so-expensive and pretty frequent auction house lot, so you can easily buy it there. Mechanized Lumber Extractor requires more effort: you have to collect 300 toys to get it. Oh boy, trust us, it's much more difficult than it sounds. Naturally, these mounts are good for herbalists and yes, druids hardly need them, since they have this feature implemented in their traveling/flying forms. 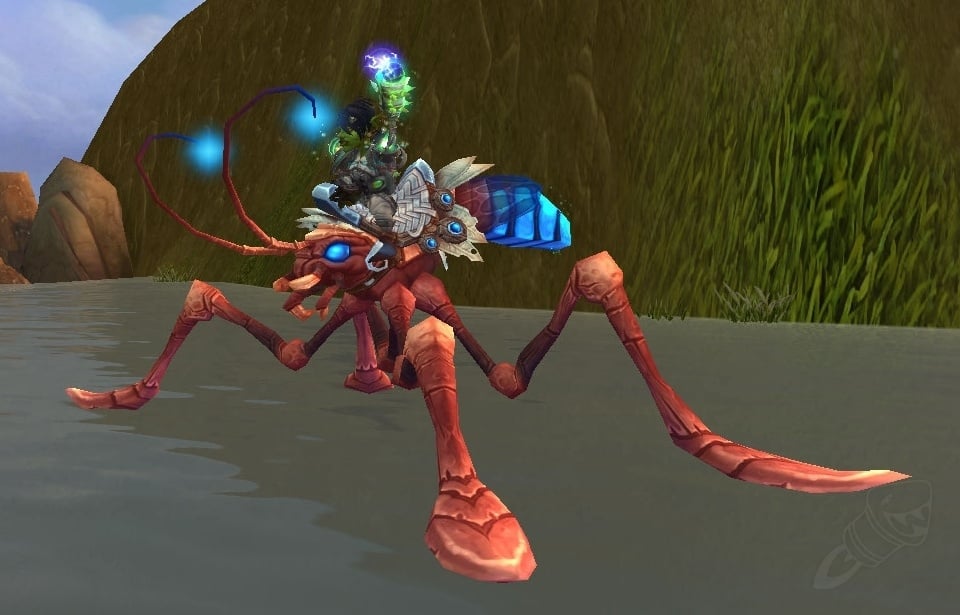 These guys are a must for basically everyone during leveling. When you arrive in the new content zones you can't fly. Sometimes it means that you have to find a way round certain obstacles and sometimes those obstacles are bodies of water. Waterstriders walk over them as if water was regular land. They should be among your top choices for ground mounts in the zones where you can't use the flying ones. There are 2 waterstriders: Azure Water Strider and Crimson Water Strider. The former requires the exalted reputation with the Pandarian faction Anglers – and to purchase it you're going to need 5k gold too. But believe us, it's the easier of the two, since the Crimson one takes weeks of garrison farm in Warlords of Draenor content zones. You really wouldn't want to go through that nightmare!
Buy Azure Water Strider
Have questions? ​Feel free to contact us!
Share: Facebook Twitter